You are about to enter another dimension, a dimension not only of sight and sound but of mind. A journey into a wondrous land of imagination. Next stop, The Twilight Zone.

Full casting has been announced for the highly anticipated West End transfer of the Almeida’s sell-out production of The Twilight Zone, which transfers to the Ambassadors Theatre from 4th March 2019.

Adapted by Anne Washburn (Shipwreck, Mr. Burns) and directed by the multi award-winning director (winner of 7 Olivier Awards), Richard Jones, this production of the acclaimed classic CBS television series The Twilight Zone is an ingenious mixture of morality tales, fables and fantasy that are as relevant today as when audiences first encountered them. 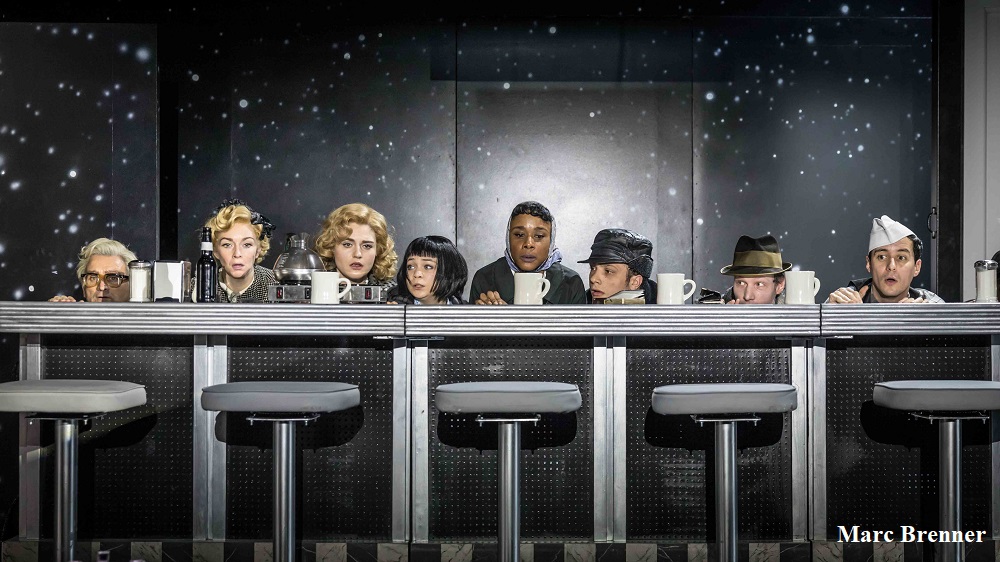 The Twilight Zone has design by Paul Steinberg, with costume design by Nicky Gillibrand, movement direction by Aletta Collins, lighting design by Mimi Jordan Sherin, and D.M Wood, composition and sound by Sarah Angliss, sound by Christopher Shutt, casting by Julia Horan, and illusions by Richard Wiseman and Will Houstoun.

The Twilight Zone is based on original stories by Rod Serling, and two of the most frequent and celebrated contributors, Charles Beaumont and Richard Matheson from the CBS television series. It is one of television's most revered and influential science-fiction fantasy shows and ran on American network CBS from 1959 to 1964, winning 3 Emmy Awards during its 156-episode run. Its incisive parables explore humanity's hopes, despairs, prides and prejudices. The programme has had a seminal influence on popular culture; from Stephen King to Lin-Manuel Miranda, Breaking Bad creator Vince Gilligan to Steven Spielberg, The Simpsons to Black Mirror.

With the original series celebrating its 60th Anniversary Year, a new version of The Twilight Zone recently began production and is coming to CBS All Access in 2019 with Jordan Peele serving as host and narrator. The upcoming new series is produced by CBS Television Studios in association with Jordan Peele’s Monkeypaw Productions and Simon Kinberg’s Genre Films. Jordan Peele and Simon Kinberg serve as executive producers along with Win Rosenfeld, Audrey Chon, Carol Serling, Rick Berg and Greg Yaitanes.

The Twilight Zone stage production is presented under license by CBS Consumer Products and produced by Ron Fogelman for Your Next Stop Limited and the Almeida Theatre. Kenny Wax is executive producer.

BASED ON STORIES BY ROD STERLING, CHARLES BEAUMONT & RICHARD MATHESON

Thursday and Saturday Matinee at 3.00pm