Organisers of the popular two-day Hale Barns Carnival are excited to reveal the star-studded line-up to headline the 2019 event.

The third annual Hale Barns Carnival will take place across the weekend of Saturday 20th July and Sunday 21st July 2019, with its biggest line up yet!

The event will be packed with fun for all the family including amazing attractions, traditional fun fair, and artisan foodie village – plus an all-star live concert each evening to perfectly round off two fantastic days.

Daytime entry to the Hale Barns Carnival is free from 12pm until 5pm on both days. The evening concerts are ticketed, gates open at 6pm with the concerts starting at 7.30pm. 100% of the ticket revenue will go towards community projects.

Tickets for the concerts on Saturday and Sunday evenings are on sale now.

Organisers Hale Barns Events recently revealed that Spandau Ballet’s Martin Kemp will perform on the B&M Stage but have kept the other all-star names under wraps – until now!

They are delighted to announce that Martin Kemp will be joined by three further headline acts – The Real Thing, Nathan Moore from Brother Beyond and disco legends Odyssey return to Hale Barns, Back by popular demand!

Martin Kemp will headline the Sunday evening concert with a Back To The 80s DJ set – as well as some Spandau Ballet classics to entertain the crowd. 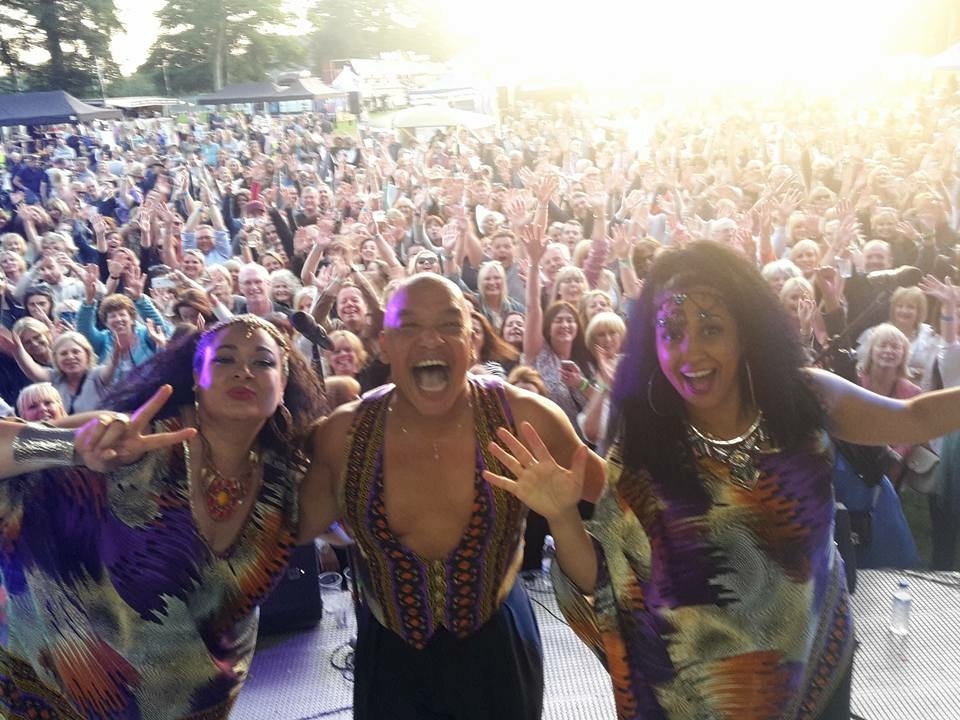 Martin shot to fame as part of ‘New Romantics’ group Spandau Ballet, selling millions of records worldwide with hits including Only When You Leave, Through the Barricades, True, and of course Gold. A successful TV and film career also followed with roles in EastEnders and The Krays, as well as TV appearances on Celebrity Island, and judging on BBC talent show Let It Shine.

Martin will be joined on the Sunday evening by fellow 80s heartthrob, Nathan Moore from Brother Beyond. Nathan was the front man of boy band Brother Beyond, who were formed in 1987 and had a string of Top 40 hits including The Harder I Try, which was produced by Stock, Aitken & Waterman.

The disco and soul spotlight is on Saturday evening’s concert with live performances from legendary bands, The Real Thing and Odyssey.

Liverpool band and soul legends The Real Thing features original band members Chris Amoo and Dave Smith. The group will perform their top selling hits including You To Me Are Everything, Can’t Get By Without You and Feel The Force.

Disco superstars Odyssey return to Hale Barns direct from the USA due to popular demand to play to their “favourite audience”. Odyssey played at the very first Hale Barns Carnival in 2017 – and they’re set to wow audiences for a second time with hits including Use It Up & Wear It Out, Native New Yorker, Inside Out and the iconic disco anthem Going Back To My Roots.

Odyssey lead singer Steven Collazo added: “We are so excited to be coming back to Hale Barns in 2019, you guys were crazy last time and we had so much fun. We can’t wait to party with you all again in beautiful Hale Barns along with our friends The Real Thing.”

Organisers Hale Barns Events are again inviting visitors to enjoy the daytime carnival experience free of charge. Complimentary admission is made possible thanks to the support of event sponsors including Benchmark Security Group.

Free entry until 5pm across both days include a vast array of more than 100 attractions, including spectacular falconry displays, magic illusionists, traditional fun fair rides, and artisan market. Live entertainment during both days includes talented local acts on the main stage, including award-winning tribute acts of Bananarama, Status Quo, and Duran Duran.

The community focussed day event will open on the Saturday at noon with the Manchester Survivors Choir performing a special set on the B&M Stage made up of survivors and people directly affected by the recent Manchester Bombing. The choir was recently featured on the Take That 30th anniversary documentary on BBC which saw Gary, Mark and Howard surprise the choir at a rehearsal in nearby Timperley.

The day event will feature a number of special attractions and displays including James Bond’s actual Aston Martin DB5 on display which was used in the latest Daniel Craig film; Spectre along with a spectacular display of super cars and movie cars worth over £10 million. With high flying Falconry displays, Shire Horses, a Kids Craft and Make Zone and a bustling gift and craft market - there is something for all the family to enjoy!

Famous faces from the world of TV And Film will be attending with the opportunity to meet and greet your favourite stars and even get a selfie, while listening to the best of local music and entertainment on the B&M Stage; Sponsored by B&M Bargains and Benchmark Security.

Max Eden from Hale Barns Events commented: “We are excited that we can finally reveal our all-star line-up of headline acts for Hale Barns Carnival 2019 – The weekend is going to be packed with fun for all the family with a fantastic live concert each evening and we have some very special surprises planned for both days.

“We’re thrilled to again offer free entry until 5pm across both days, encouraging visitors to come along and see what the Hale Barns Carnival is all about before the main event on both evenings. Saturday’s concert is all about disco and soul, while Sunday is going to be one big 80s party, don’t forget to dig out the neon and leg warmers. We look forward to welcoming visitors to the third annual Hale Barns Carnival!’

FREE daytime activity on both days from 12pm until 5pm

Group Rates Available: This email address is being protected from spambots. You need JavaScript enabled to view it.

(Subject to per ticket booking fee)