John Malkovich to star in World Premiere of Bitter Wheat

The multi award-winning John Malkovich returns to the West End stage after nearly 30 years to play Barney Fein, a top dog Hollywood producer in Bitter Wheat, a new play by the legendary author, director and playwright David Mamet. It will preview at the Garrick Theatre on Friday 7th June 2019 and will be directed by Mamet.

Malkovich, one of the world’s most revered actors, is best known for his many films including Dangerous Liaisons, Being John Malkovich, Con Air and Mulholland Drive. He recently received widespread critical acclaim playing Hercule Poirot in a new BBC TV Agatha Christie adaptation.

The Pulitzer prize winning David Mamet has written some of the most iconic plays of the last 50 years including Sexual Perversity in Chicago, American Buffalo, Glengarry Glen Ross, Speed-the-Plow, and Oleanna.

Doon Mackichan, who is well known for her extensive TV work which includes creating and starring in the hit comedy series Smack the Pony for Channel 4, Knowing Me, Knowing You with Alan Partridge, Plebs for ITV2 and Two Doors Down for the BBC, will play Barney Fein’s assistant, Sondra. 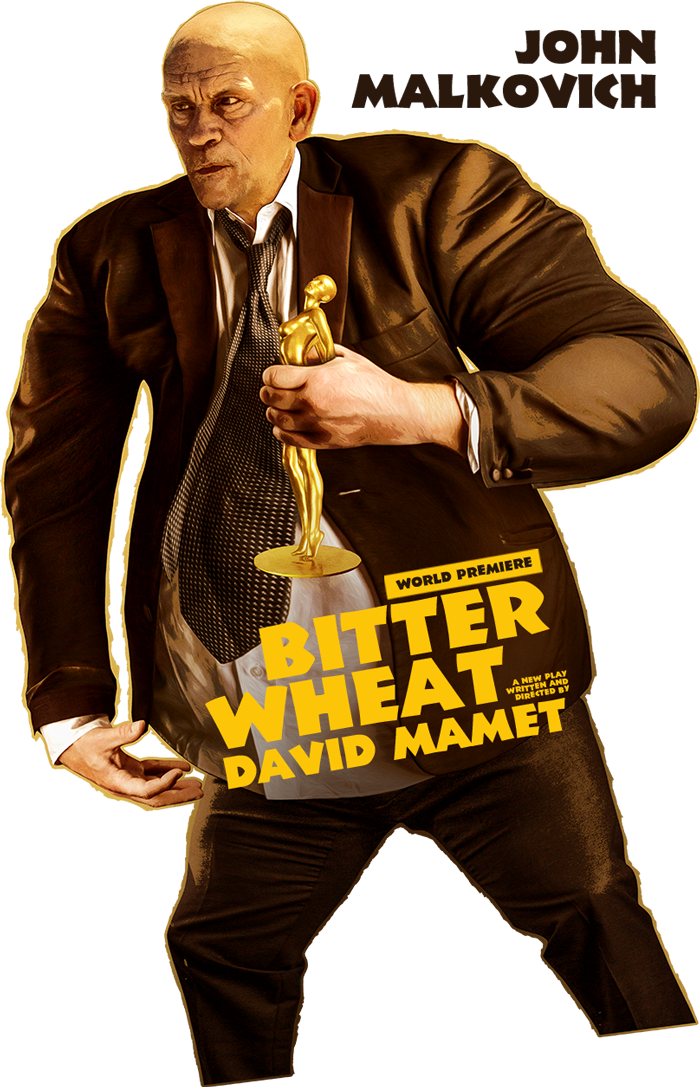 Ioanna Kimbook will make her debut theatre performance in Bitter Wheat as Yung Kim Li. Further casting is to be announced.

Hollywood is a hell hole.

Everything in Hollywood is for sale except the awards, which are for rent.

Bitter Wheat is a play about a depraved Hollywood mogul. It rips the pashmina off the suppurating wound which is show business, and leaves us better human beings, and fitter to once more confront the horror of life.

Our hero, Barney Fein, is a bloated monster- a studio head, who, like his predecessor, the minotaur, devours the young he has lured to his cave.

His fall from power to shame is a mythic journey which has been compared to The Odyssey by people who claim to have read that book.

A new play starring John Malkovich, written and directed by David Mamet in a good mood.

Funnier than The Iceman Cometh, more chaos than Richard III, and without all the stupid, so-called ‘poetry’.

Money, sex, power, you only need one of them to see Bitter Wheat - at the Garrick.

Group booking line: 0330 333 4817/ This email address is being protected from spambots. You need JavaScript enabled to view it.

Access booking line: 0330 333 4815 / This email address is being protected from spambots. You need JavaScript enabled to view it.