Steve Steinman, from Oldham, is one of the most successful touring show producer and director, and is about to make his milestone of twenty consecutive years filling theatres and concert halls all over the UK.

After his appearance in 1993 on Stars In Their Eyes performing as Meat Loaf, Steve Steinman has worked hard to extend that ‘one night’ into a full blown career. Steve has to be the most successful contestant the programme has ever seen. He has built a fan base most rock stars would be proud of. Steve’s fans have even gone to the extreme of having tattoos portraying him and his band!

As well as being a busy singer and actor, Steve is also the driving force behind his own production company Steve Steinman Productions, through which he has worked with some of the world’s best-known rock stars.

Steve Steinman’s office and home can now be found in Nottingham but born in Manchester in 1965, Steve started out on a very different career path. A love of good food led him to train and begin work as a chef in his home city. Though enjoying his job, Steve became frustrated with being unable to create the food he wanted to, and decided to open and run his own restaurant. It was a big gamble at a young age, but one that paid off as Steve took over and re-launched his family owned hotel and restaurant. 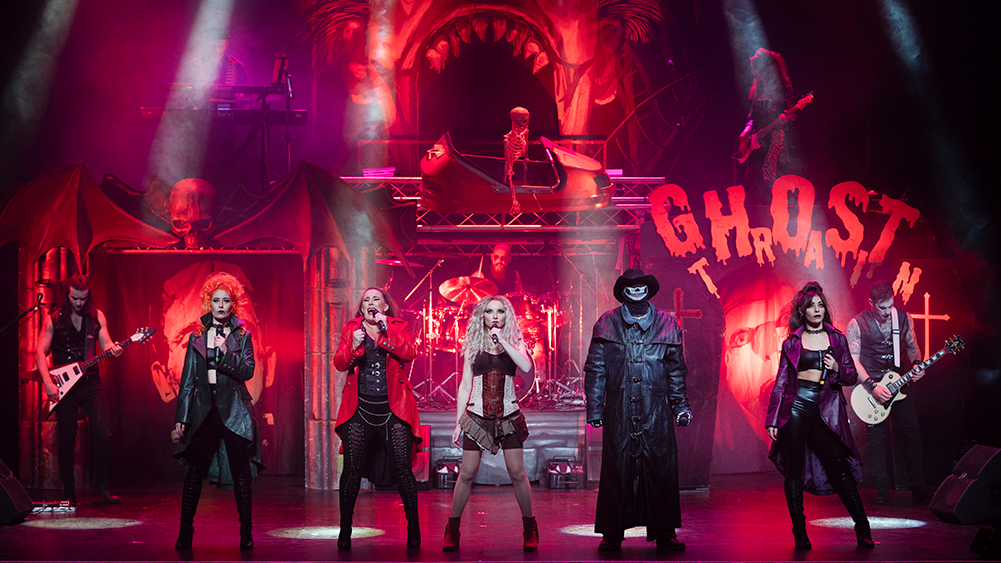 Never actually intending to leave the restaurant business behind, Steve applied for Stars In Their Eyes, after being urged to do so by anyone who heard him sing. After an amazing response from the show, Steve decided he had achieved so much within the restaurant business, that he would give performing a chance. Over twenty years on, Steve no longer owns a restaurant, but still loves his time in the kitchen whenever he gets the chance (which isn’t very often when you spend half your life on a tour bus!)

In 2000 Steve produced his first theatre show after many years performing all over the world including South Africa and Europe as a tribute to Meat Loaf. Always looking to go that next step Steve wrote and produced The Meat Loaf Story. It was so successful it reached new heights when Steve and the show appeared for one night only at the London Palladium to rave reviews.

In 2004 Steve wrote and produced the brand new original show Vampires Rock where he took the lead role as Baron Von Rockula.

The show – along with Steve’s popularity – continues to grow, and in 2005 Steve took a massive gamble when Vampires Rock embarked on an arena tour, performing at Sheffield Hallam Arena, Nottingham Ice Arena and Manchester Evening News Arena. Remarkably with all the odds stacked against him he made it a success and re-toured the arenas again the following year.

The 2007 tour saw US rock legend Eddie Ojeda of Twisted Sister guest star on lead guitar. In 2008 and 2009 the legendary singer and actress Toyah Willcox joined the show in a brand-new role Steve created for her: The Vampire Queen. As such, Toyah performed with Steve in over 200 shows.

The biggest project for 2009 saw Steve in the driving seat once again: Bat the Symphony was a dream Steve had had for a long time. Combining a 40-piece orchestra with Steve’s very own rock band to perform all of Meat Loaf’s biggest hits, this was always going to be a major project with a big risk. However the tour proved a massive success selling out over 100 venues and touring for two seasons 2009/10.

In 2010 Steve took Vampires Rock back on the road with a massive 100 date sell out tour taking the show well into 2011. Vampires Rock has gone from strength to strength performing to over 50,000 fans every year. Steve has appeared on national TV many times and recently his story appeared in the Sunday Times’ business section ‘How I Made It - my first million’.

In 2014 the original Vampires Rock drew to a close with a tour called The Final Countdown. Steve went on to write a sequel to the show - Ghost Train - which began touring in 2015. Ghost Train continued to exceed expectations with venues needing to add more dates due to sell-out shows.

New for 2017 Steve wrote and launched a production called Iconic: the Show featuring some of the best soundtracks from the coolest movies ever. This show ran alongside continued Vampires Rock Ghost Train tours and Meat Loaf Story tours.

On the last Vampires Rock tour Steve worked with X-factor favourite and winner Sam Bailey, who got her teeth into the real rocker of a show as she stepped into the shows of Toyah Willcox to revive the role of the Vampires Queen.

Coming up in Summer and Autumn 2019 the Meat Loaf Story continues in a new guise entitled Anything For Love. This tour stars Steve along with special guest star Lorraine Crosby who was the female lead vocalist on Meat Loaf’s Grammy Award winning song and No 1 hit the world over ‘I Would Do Anything For Love (But I Won’t Do That)’.

Steve Steinman’s Vampires Rock will be coming to the Opera House, Manchester on Saturday 6th April 2019. Tickets on sale now at https://www.atgtickets.com/shows/vampires-rock/opera-house-manchester/