Leeds Playhouse has launched an ambitious Autumn/Winter season as it reopens its doors this October following a £15.8million capital redevelopment and the refurb means their three theatre spaces will be fully accessible for the first time.

The other really exciting development is the creation of a much needed studio, the Bramwall Rock Void, to showcase new local work, and boldly they kick off the new season in that space with There are No Beginnings by Charley Miles. The Playhouse has nurtured this Yorkshire writer’s career staging her challenging debut play Blackthorn, and this new work directed by Amy Leach is the empowering tale of four women living in Leeds at a time when serial killer Peter Sutcliffe was terrorising the city. 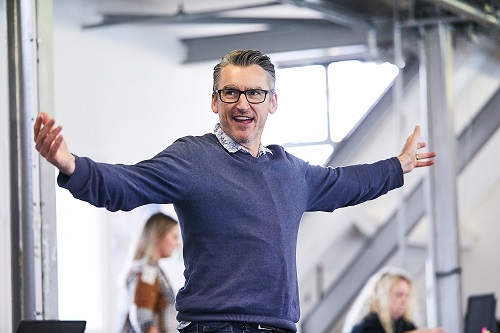 Over the last few years the Playhouse has offered some huge festive shows and this year it’s no different as Artistic Director James Brining will be at the helm for The Wizard of Oz reminding audiences that ‘there’s no place like home’ from 20 November – 25 January. Four younger theatre loves Amy Leach will be directing The Night Before Christmas by Robert Alan Evans in the Courtyard theatre following Carol and Elf as they discover the true meaning of Christmas.

In another first the Playhouse will stage the inaugural production at the neighbouring Leeds City College’s Quarry Hill Campus with a new play by Andy McGregor. Influence will be performed by Leeds Playhouse Youth Theatre and marks a new partnership via the Playhouse’s Creative Engagement programme.

The theatre’s Furnace festival has been key in giving new local talent a high profile platform and now one that programme’s graduates, LUNG Theatre, present their award-winning production Trojan Horse before heading off on a national tour from the team’s home at the Playhouse.

Theatre fans will be rejoicing that Inua Ellams's utterly life affirming Barber Shop Chronicles will return to Leeds after a triumphant world tour, and a stage version of Hanif Kureishi’s ground-breaking love story My Beautiful Laundrette will celebrate the power of human connection in ordinary lives.

The full list of productions in the Autumn/Winter 2019 season are:

• World-renowned for placing D/deaf and disabled artists centre-stage, Graeae and Theatre Royal Plymouth commissioned by Ramps on the Moon presented in association with Curve present One Under (5 – 9 November) with all performances featuring creative captioning and audio description