Fresh from their smash hit tour of Malorie Blackman’s Noughts & Crosses, Pilot Theatre will next stage the world premiere of Crongton Knights.

Emteaz Hussain has adapted Alex Wheatle’s Guardian Children’s Fiction Prize Winner that starts on the tough Crongton Estate as six mates set out to help a friend in trouble.

Along the way the crew become a family as they prove with the help of a few good friends nothing is impossible, and lessons learned the hard way are ones you really never forget.

Born in London to Jamaican parents, Alex Wheatle’s first book, Brixton Rock told the story of a 16-year old boy of mixed race, in 1980s Brixton. That novel was subsequently adapted for the stage and performed at the Young Vic in 2010.

His other novels include East of Acre Lane, a prequel, Island Songs, set in Jamaica, published in 2005, and a sequel, Dirty South. Alex awarded an MBE for services to literature in 2008. 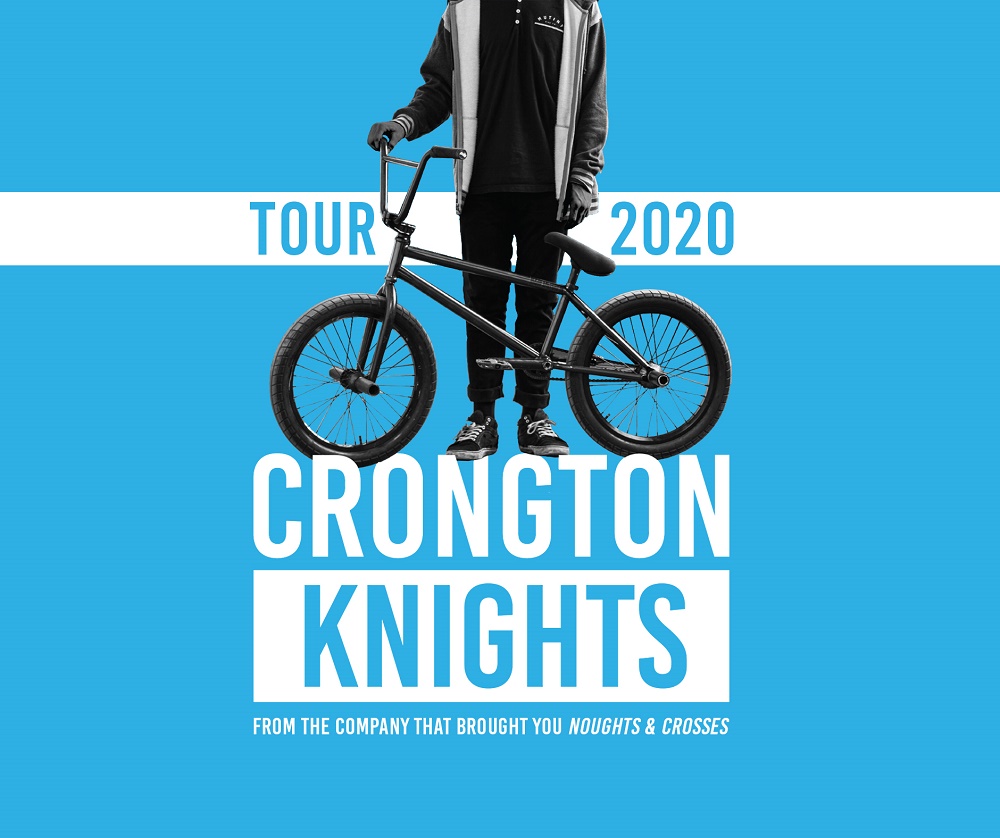 “Crongton Knights is a modern quest story,” says Alex. “The young diverse lead characters have to confront debt, poverty, blackmail, loss, fear, the trauma of a flight from a foreign land and the omnipresent threat of gangland violence.

“The dialogue I created for this award-winning novel deserves a platform and I for one can’t wait to see the characters that have lived in my head for a number of years, leap out of my mind and onto a stage near you.”

Artistic Director of Strictly Arts Theatre Company Corey Campbell and Pilot Theatre’s Artistic Director Esther Richardson will take joint charge for the world premiere at the Belgrade Theatre Coventry from 8th – 22nd February 2020 before the company embark on a national tour until May.

Crongton Knights will be the second of four co-productions between Pilot Theatre, Derby Theatre, Belgrade Theatre Coventry and York Theatre Royal who last year formed – with the Mercury Theatre Colchester - a new partnership to develop theatre for younger audiences.

The consortium’s first production, Noughts & Crosses, was seen by over 30,000 people on tour with 40 % of the audience being aged under 20.

The cast and creative team for Crongton Kights will be announced later in the year. Schools workshops and outreach projects, along with free digital learning resources, will be available alongside the national tour.

Crongton Knights will open at Belgrade Theatre Coventry from 8th – 22nd February 2020 and will then tour to York Theatre Royal (25th – 29th February), The Lowry Salford (10th – 14th March) and Derby Theatre (17th – 21st March). Other tour dates will be announced later in the year.