Casting has been announced for Leeds Playhouse and Ramps on the Moon’s bold new version of Oliver Twist.

Brooklyn Melvin will play Oliver who dares to ask for more. Caroline Parker MBE is the sinister Fagin robbing all and sundry aided and abetted by a gang of wily pickpockets led by the Artful Dodger who’ll be played by Nadeem Islam, best known for presenting the BBC’s See Hear series.

Nancy will be played by Clare-Louise English, making a swift return to Leeds Playhouse after appearing in Graeae/Theatre Royal Plymouth’s One Under commissioned by Ramps on the Moon in the Courtyard, with Stephen Collins stepping into the brutal boots of Bill Sikes. 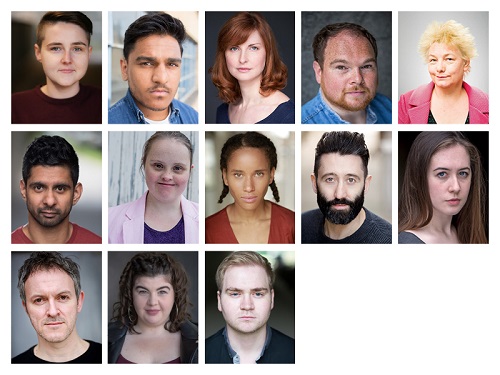 The two companies are throwing some heavyweight creative talent at this with Leeds Playhouse’s Associate Director Amy Leach directing award-winning playwright Bryony Lavery’s adaptation. Leach will be working with long time design collaborator Hayley Grindle, who created a wonderfully evocative A Christmas Carol in the Playhouse’s pop up theatre.

“Oliver Twist is a vivid, dark and visceral story and I am really excited to explore how adding artistic layers of creative sign language, audio description and captioning can enhance the storytelling for all audience members,” says Amy Leach.

“I feel so lucky to get to create this production with such a wonderfully talented and versatile ensemble of D/deaf, disabled and non-disabled actors.

Oliver will open at Leeds Playhouse in February ahead of visiting Birmingham Repertory Theatre, Nottingham Playhouse, Sheffield Theatres, New Wolsey Theatre Ipswich and Theatre Royal Stratford East, who are all part of the Ramps on the Moon consortium alongside Graeae, the UK’s leading disabled-led theatre company.

Every performance of Oliver Twist will feature integrated creative sign language, audio description and captioning. The production opens in Leeds Playhouse’s Quarry Theatre from 28th February – 21st March 2020 ahead of the UK tour.