Liverpool’s Royal Court will be bringing back one of its biggest shows this summer. There will be a lot of Liverpool fans with happy smiles on their faces in April and May as YNWA returns in time for the end of the football season.

YNWA – Let’s Talk About Six Baby tells the story of one of the World’s most famous football clubs and has been written by one of its biggest fans. It uses the songs from the terraces supported with video footage of all of the great LFC moments.

Having wowed audiences in Liverpool, Dublin and Belfast the show has been re-written to include all of the silverware that has been showered upon Jurgen Klopp’s mentality monsters over the last two years. Writer Nicky Allt will have his pen ready throughout the run so the show can be updated each night as Liverpool’s record-breaking season unfolds.

The cast is now confirmed with Les Dennis stepping in to one of the main roles. Les is a great fit for the show, a massive Liverpool fan whose dad was on the books of the club in the 1950s.

The rest of the cast will be familiar to those who have seen the show before with Jake Abraham, Jamie Clarke, Lindzi Germain, Daniel Ross and Lenny Wood all reprising their roles. They are joined by actor/musicians Jack Alexander, Matt Connor, Ben Gladwin and Adam Keast. Howard Gray will direct the show.

The show’s writer, Nicky Allt, has previously had massive success with the stage play One Night In Istanbul and LFC related books such as The Boys From The Mersey as well as being co-writer of Brick Up The Mersey Tunnels and, more recently, Lost In Colomendy. He has followed LFC all over Europe for the last 40 years.

The show tells stories of the glories on the fields of Anfield Road from Elisha Scott, Albert Stubbins and Billy Liddell to Kenny Dalglish, John Barnes and Steven Gerrard. With complete access to the LFC archive, Nicky Allt has brought together every major incident in the club’s 125-year history and created a show that will make you laugh, cry and cheer out loud.

Writer Nicky Allt knows that he has got a lot of work to do: "After bringing home number six, when Jurgen Klopp's side won the biggest trophy of the lot in Madrid, we decided that we had to bring the show telling the Liverpool FC story right back to the Royal Court. A homecoming of sorts. With new stories and new legends coming at us thick and fast under the big German we had to get our boots on. We’ve added in trips to Roma, Kiev and marvellous Madrid, some stories about, Bobby, Mane and Mo. So with this team doing their talking on the pitch you need to get down and see the finest show in the city... for now. Here's to Jurgen's Unbearables! The Mentality Monsters are here and so are we to tell their story.” 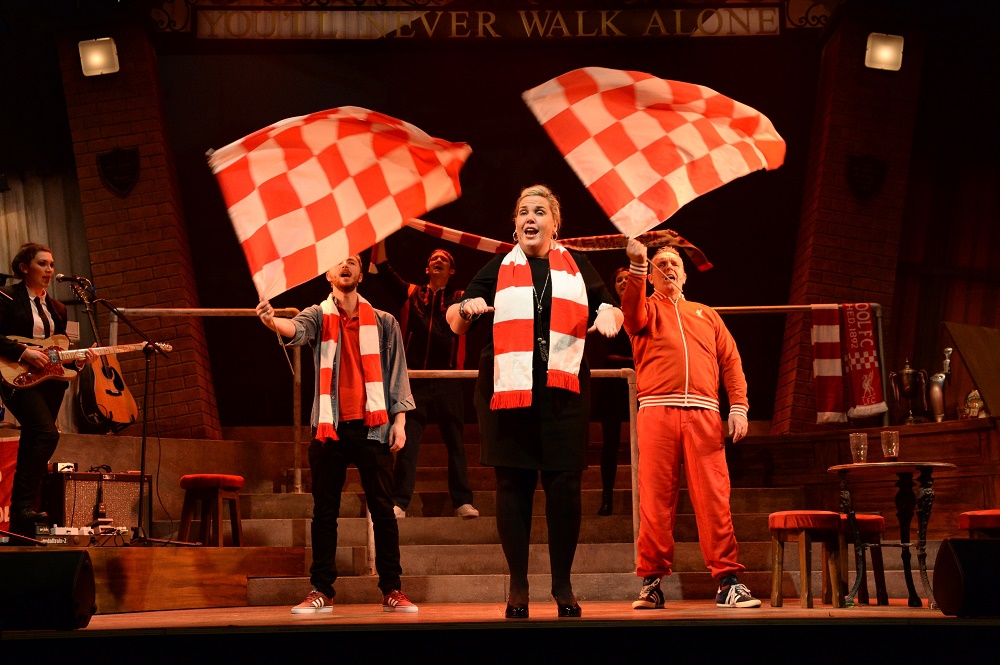