Stage stars Lea Salonga, Katharine McPhee, Beverley Knight and Kerry Ellis – and many others – join Marisha in uplifting video performance of the song.

West End and Broadway star Marisha Wallace (Dreamgirls, Waitress, Aladdin) has released a glorious and soulful cover of the timeless ‘Tomorrow’ from the musical Annie in aid of the vital work of Broadway Cares and MAD Trust.

100% of the funds raised from the purchase and streaming of the new single will be donated to both organisations to help theatre professionals in the US and UK who have been left out of work due to the COVID-19 pandemic. 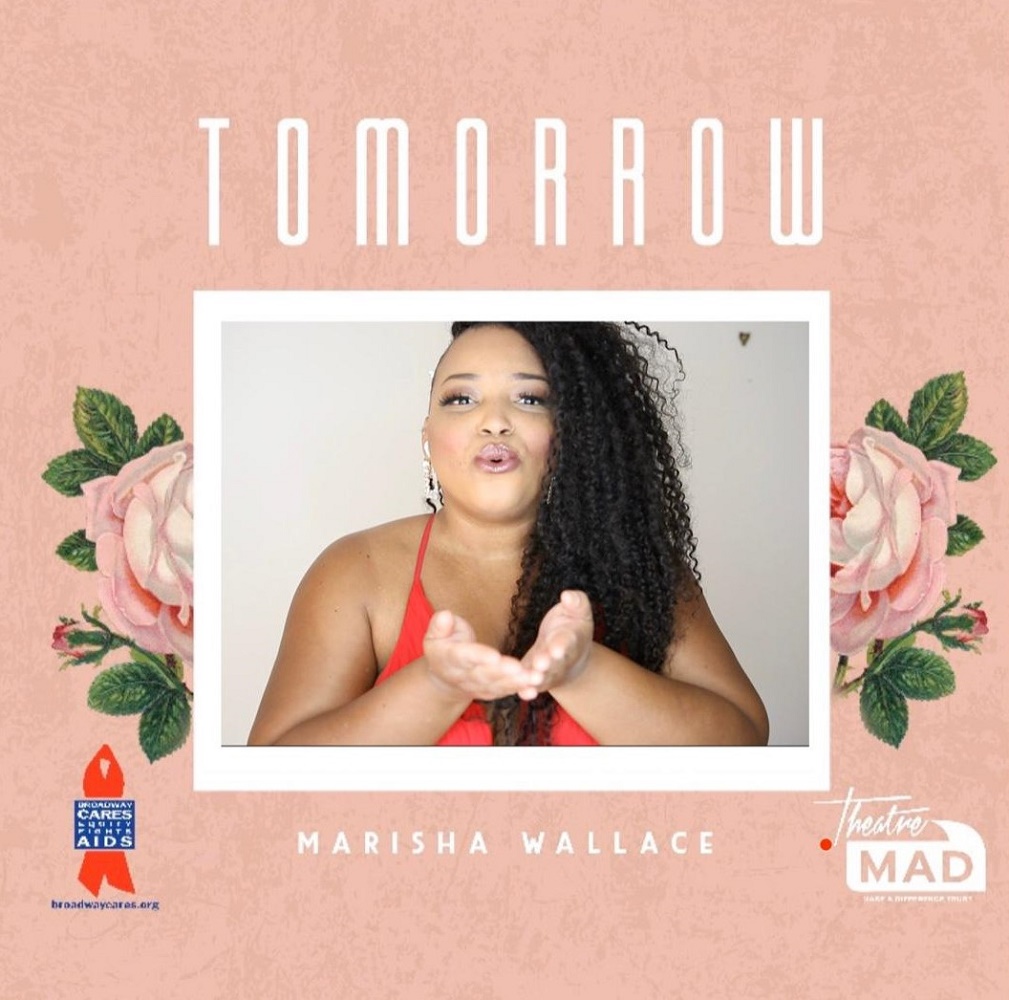 This is the first time Broadway Cares and MAD (Make A Difference) Trust has ever partnered together to receive a joint donation.

“Tomorrow is a song I’d listen to when I needed some positivity to get me through the tough times – and boy, do we need that now more than ever,” says Marisha from her apartment in London where she has been quarantining since March.

The track was self-recorded entirely from her apartment and then shipped over to and produced by music producer, Steve Anderson (Kylie Minogue, Britney Spears).

Marisha added: “I wanted to give this song new life. I recorded it in my living room and cried between takes. It was healing me, and I wanted it to heal others.

“So, I called my friends and all the fans to stand with me. When we sing the lyrics of ‘Tomorrow’ we stand in solidarity that together we will get through this dark time for our community. The world may feel darker than ever but one thing I do know – the sun will come out tomorrow.”

You can stream/purchase the song here: https://lnk.to/1Y4QrjS0

Donate to Broadway Cares at www.broadwaycares.org/help2020

Donate to MAD Trust by texting 70111 to donate €5 in the UK or www.madtrust.org.uk/covid

Marisha was born and raised in a small town in North Carolina. But the small town never held down her big city dreams. From glittering New York, her unbelievable talent has taken her around the world.

On Broadway, Marisha starred in shows including Disney's Aladdin, The Book of Mormon and Something Rotten and then here, in the UK, as Effie White in the stellar West End hit Dreamgirls before following this up as Becky in the unmissable Waitress.

Described by The New York Post as “a marvel”, Marisha’s spine-tingling rendition of ‘And I Am Telling You’ from Dreamgirls has quite simply to be seen and heard to be believed.

Inspired by the likes of the late, great Aretha Franklin, Etta James and Ella Fitzgerald, Marisha’s voice will pull you from your seat and to your feet. She effortlessly infuses jazz, gospel and R&B with a healthy dose of soul that will leave you feeling inspired and uplifted.