A season of classic Shakespeare plays will take place at St George’s Hall Liverpool to mark the 400th Anniversary of the Bard’s death.

Appropriately entitled, Where There’s A Will, the season features four of The Bard’s most popular plays which will be staged in the stunning Concert Room at the iconic venue. 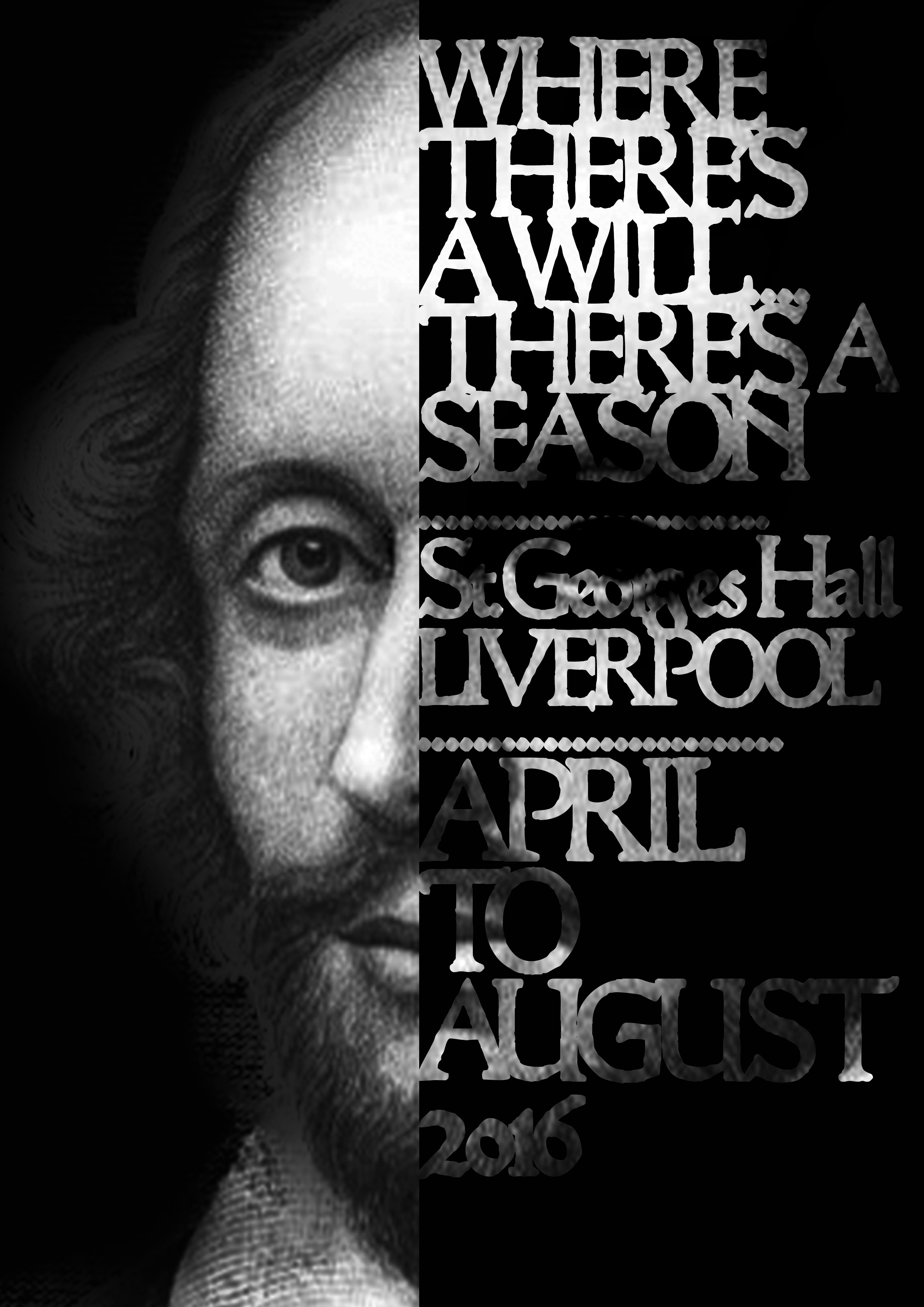 Where There’s A Will is being presented by Chalice Media Limited and starts with Macbeth (24 to 28 April). It will be followed by The Tempest (3 and 4 June); Romeo And Juliet (2 and 3 July); and Much Ado About Nothing (3 to 5 August). Tickets go on sale at 9am this Friday (26 February).

Following the success of their WWI commemorative outdoor adaptation of Peter Whelan’s The Accrington Pals last August, followed by a brief North West tour of Macbeth in September, the Chalice Media team are back to bring their inspired incarnation of this dark and tragic tale to audiences at St George’s Hall.

Macbeth will launch the Where There’s A Will programme with Chalice Media's dark and disturbing, diesel-punk-inspired adaptation. Frantic, fuelled and wholly engaging, this is a contemporary take on one of Shakespeare’s most explosive tragedies.

Sean Goss who is studying Performing Arts at City of Liverpool College plays Macbeth and LIPA Graduate Charlotte Graves plays Lady Macbeth, and they both head up a very talented cast.

During the Macbeth run, Chalice Media Limited will also stage another first for St George’s Hall – Walking The Bard: The Shakespeare Experience. These guided tours will invite visitors to step inside the mind of the master playwright during this special 400th anniversary celebration and experience the darkest regions of genius in the catacombs of one of Liverpool’s most celebrated buildings.

Walking The Bard: The Shakespeare Experience tours will start on 23 April as part of the city’s St George’s Day celebrations at St George’s Hall – and appropriately the same date on which Shakespeare was born and also died. The tours will be daily from 23 April until 28 April at 5pm, 6pm, 7pm, 8pm and 9pm! Tickets are priced at £15.

Laura Harris, Director of Chalice Media Limited, commented: “We’re extremely excited to announce the Where There’s A Will season and Walking The Bard catacombs tours at St George’s Hall. It’s the perfect historic setting to celebrate the works of The Bard, coinciding on such a historic date to mark Shakespeare’s death. We’re having a lot of fun developing the season and we cannot wait to entertain audiences in the beautiful Concert Room.

“Our Macbeth has a number of adaptations and twists throughout. We’ve really tried to approach the text from a new and different angle, adding to the psychological depth of the play and really placing the emphasis on the idea of choices and consequences relating to the individual characters rather than simply chalking it up to the traditional mystical elements of the play – there’s no more ‘the witches made me do it’.”

Alan Smith, General Manager of St George’s Hall Liverpool, commented: “St George’s Hall is delighted to be able to work with Chalice productions and John Gorman whose vision it was to create a new Shakespearean festival for the hall. The hall has a natural link with Shakespeare who is thought to have been born on the 23 April 1564 and to have also died on 23 April 1616, which coincides on both occasions with St George’s Day.

“With Shakespeare having died on 23 April 1616 it is also the 400th anniversary of the Bard’s death. To be able to host a Shakespearean programme creates another magnificent opportunity to animate the concert room in a new and dynamic way, and such an ornate and stunning room deserves such quality programme. Similarly, the various spaces, alcoves and recesses in the Galleries of the Heritage centre will easily accommodate the wide and diverse characters of Shakespeare, and the Stunning and atmospheric backdrop of the catacombs provide a fitting location for any Shakespearean scene.”

(Entrance via the Heritage Centre)

WHERE THERE’S A WILL SHAKESPEARE SEASON

Entrance via North Hall (opposite Walker Art Gallery) from 6.30pm for a 7.30pm start

General tickets can be purchased at www.ticketquarter.co.uk or telephone 0844 800 0410

A season ticket is available to cover all four plays priced at £48, purchase in person or over the phone only

MUCH ADO ABOUT NOTHING