Farnsworth Little Theatre announced its fistful of fruits last night to a crowd of enthusiasts. For the last 67 years this place has entertained it regulars, won awards for everything from Lighting, Sound, Stage Design and Comedy at the Bolton Amateur Theatre Society, as well as maintaining a reputation for a high standard on the stage. So what are they offering us for the year 2106/17? A Farce, two Mysteries, one crime, the other ghostly, one moving portrait of post war society and a satire.

Directing for the first time at Farnworth Frances Clemmitt presents one of Alan Ayckbourn’s best known plays- the 1970’s comedy of four couples. Living in adjoining houses one couple throws a housewarming party for their neighbours. What happens next? One – or all of them have to end up in bed-but alone? Or if not who with Trevor and Susan are the newcomers on the block, - and their behaviour wreaks havoc with the existing couples relationships.

In this shiny, brittle murder mystery, by the mistress of crime writing, “Spiders Web” brings together in one living room a young fantasist, a bored upper class woman, her stepdaughter, an ineffectual husband, all of whom line up as suspects in the murder to be solved. A treat for every fan of crime drama.

Based on Henry James creepy novella, written for a bet. This play has stood 100 years of competition ad it is still the best. By turns challenging, gripping terrifying, complete with ghostly apparitions this is a masterful psychological thriller. Watch it if you dare.

Following their 2016 production of Flare Path- by the same playwright FLT continue with this look at post-War Middle Class society. In two interconnected one- act plays Rattigan examines the motives behind the diners wintering over in a genteel hotel on the coast. These are people managing to live out their lives comfortably, but at whose expense? And how?

The first of Oscar Wilde’s ever popular West End plays this satire on High Society morals manners and secrets made Oscar Wilde's name. At once a farce and a satire it never fails to delight. The costumes and manners may be Victorian, but the satire is right up to date.

If you can’t wait for next season there are still a couple of seats left for Flare Path Terence Rattigan’s war time drama.  Find the few remaining tickets at http://farnworthlittletheatre.weebly.com/

If you haven’t been to Farnworth Little Theatre, you should go. Everything about it from the foyer to the finale reeks enthusiasm. 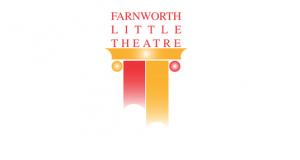