Ghost The Musical is set to embark on a 24 venue UK and Ireland tour from the 1st September. Visiting a number of venues including Ireland for the first time this will be the shows 2nd national UK tour.  In a brand new production for 2016 Bill Kenwright brings this reimagined production back to the UK.

The Double Academy Award winning movie is a huge success story, both critically and at the box office, where it was the highest grossing film in the year of its release. It starred the late Patrick Swayze, Demi Moore, Tony Goldwyn and Whoopi Goldberg and was directed by Jerry Zucker. The film's most iconic and moving scene was famously performed to The Righteous Brother's Unchained Melody, which also features in the musical version. Ghost won numerous awards and nominations, including being nominated for an Academy Award for Best Film.

Walking back to their apartment late one night a tragic encounter sees Sam murdered and his beloved girlfriend Molly alone, in despair and utterly lost. But with the help of a phony storefront psychic Sam, trapped between this world and the next, tries to communicate with Molly in the hope of saving her from grave danger…

Full casting is set to be announced soon. 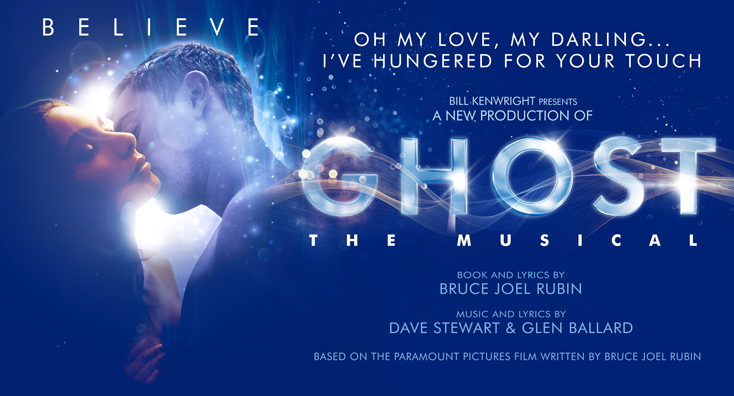