For those not familiar with the theatre space at Joshua Brooks in Manchester, then it is a small basement room with a tiny makeshift acting space surrounded on three sides with as many chairs as possible. To say that a full house would be like sardines in a can would be an understatement, and so this venue is not for the claustrophobic. However, this does offer two advantages. One for the actors; they don't need to project their voices unnaturally; and the other for the audience; they are never far away from the action and so can feel complicit with it. Conversely however, I did feel that a couple of the actors could have done to have raised their voices a little more at times...some of the lines were barely audible; and during the fight scene two poor members of the front row had their toes stepped on by the fighters who failed to keep within the boundaries of the "room".

But why am I being so negative when in fact this was actually quite a wonderful production, very sensibly and ably directed by Keziah Gardom. Yes, the play certainly was not without faults, first night hiccoughs and such, but in the main I feel that this was a production of which Pinter himself would have been proud. The trademark long pauses, the moody tensions, the pent up anger and dark comedy are all there in abundance. This was Pinter's first play and is a one act tour-de-force which clearly defines his writing style and foreshadows his better known works with strong character and thematic parallels. This is also a play which leaves you with more questions at the end than you had at the beginning. A deliberately ambiguous and thought-provoking piece of theatre which combines menace, violence and humour superbly.

Without giving too much away then the play is set in a rented room, and lived in by Rose and Bert Hudd, played by Lucy Ross-Elliott and Ethan Martins respectively. As the play opens we see them going through their mundane daily routine. The calm before the storm. The pace and dynamic of the play is only lifted with the arrival of the nervy landlord expertly played by Nick Pearse, and from then on we are taken on a dark journey through the minds of these characters, always thinking we know what they are thinking, always trying to guess what secrets they are hiding and what emotions they are trying not to show. But of course, every audience member is probably thinking something different, such is the nature of this play and its intent. You cannot not watch, you cannot fail to be drawn into this semi-mad underworld of violent temperaments and yet not fully understand what is happening and even why it is happening. And the denouement and finale are just as infuriating. Pinter gives you no help and no clues. You make your own decisions and leave the theatre with many unanswered questions.

It was a very young cast and crew in the main, and this young talent brought a vibrant and inspiring dynamic to a forgotten masterpiece. This was, I find out at the Q+A session with cast and director after the play, a deliberate choice. Pinter did not give ages to his characters and so they had made certain directorial decisions which justified their choices. The main decision being that our protagonist, Rose, was suffering from Alzheimer's and had difficulty in holding onto the present, whilst trying to block out a rather unsavoury past. With the lack of programme, this somewhat vital piece of information and others were lost and only became clear afterwards. It would certainly have been a great help to provide something of this prior to the viewing I feel.

Two perhaps minor points which I feel I do need to comment on are first; the decision to have a cast member 'acting' in character on stage as the audience walk in to take their seats. I am really no fan of this idea at the best of times, but here it was totally pointless and unnecessary because once we were all seated there was a blackout and then the stage lights came up to start the play. Second; the actors all had different accents. I was pretty certain at first that the action was set in London. That was until the entrance of Mr and Mrs Sands (Dean Gregory and Steph Reynolds), who both had distinct Northern accents, and the final character to arrive, a certain Riley, (Kash Arshad), having a slight Scottish brogue (?). The play is confusing enough and this detracted rather than added in my opinion.

The play next gets an airing at the same venue between the 28 - 30 September, and whether a Pinter fan or not, I highly recommend everyone to see this. 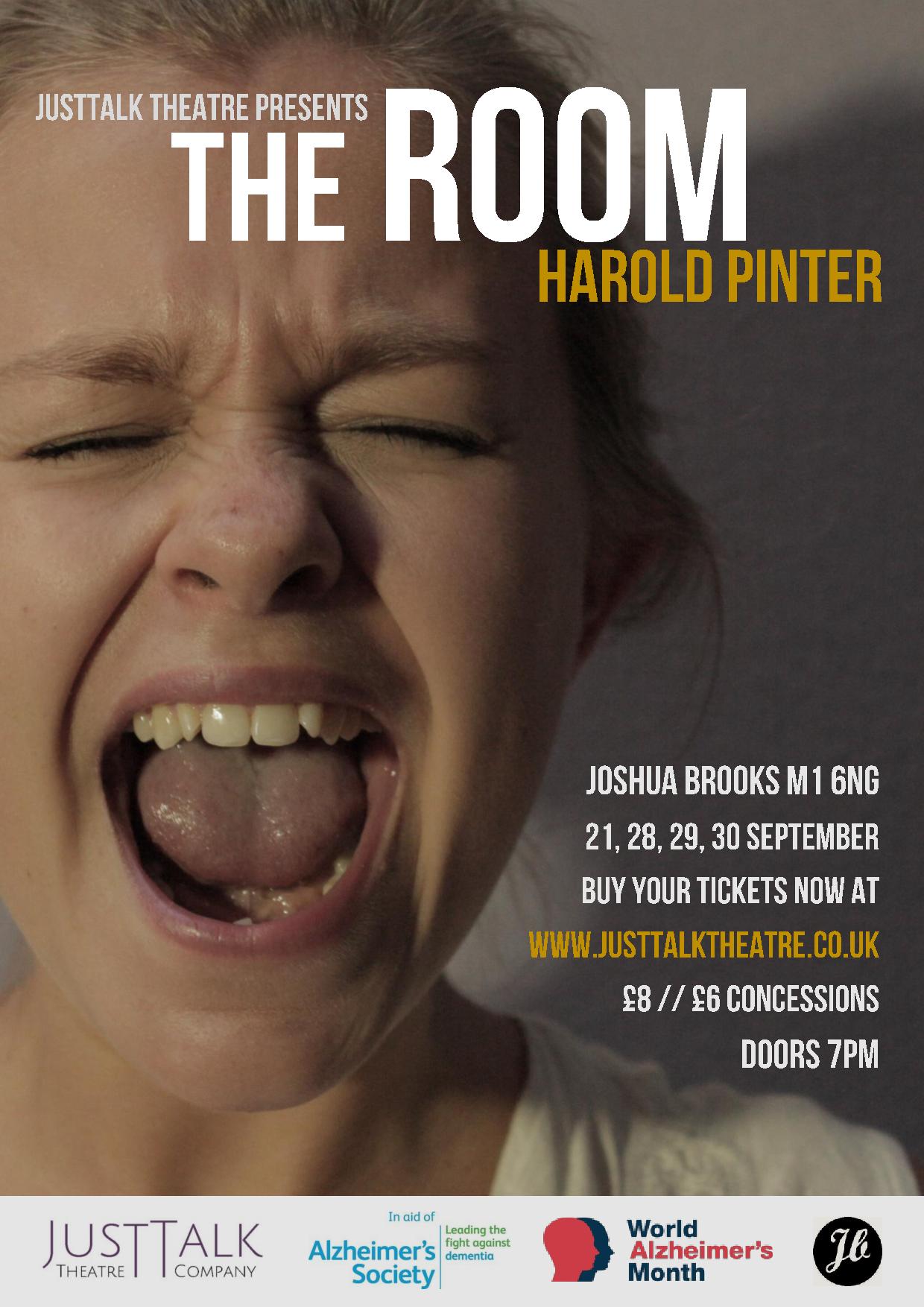