I Loved You and I Loved You is the true story of a young welsh composer called Morfydd Owen, who lived almost 100 years ago.

Morfydd is loved by 2 men hence the title ‘I love you and I love you’, one a young British psychoanalyst called Ernest Jones who was affiliated to Sigmund Freud and the other a 31 year old ex-politician and divorcee Elliot Crawshay-Williams who wrote poetry to which the 19year old composer created musical pieces for.

Morfydd longs for her other love but is consumed by Ernest which ends in her death at the young age of 26years old under his powers.

The cast consisted of three dancers, a pianist and opera singer. Faith Prendergast played Morfydd a very talented dancer whose movements where captivating and enchanting.

Daniel Whiley performed the role of Ernest Jones brilliantly his art of dance and body control was breathtakingly exquisite.

The show contains minimal spoken text only a small form of direct address to the audience and a brief reading out of letters. Unlike her male colleagues Prendergast never utters a word, but then she doesn’t need to. Her body movement and expressive face do all the ‘talking’ that’s necessary.

Brian Ellsbury researched Morfydd Owen for this Sweetshop Revolution production and its he whom accompanies this production on the piano with soprano Ellen Williams who effortlessly renders the lyrical songs.

Conceived and directed by Sally Marie this captivating dance is a fascinating journey through this forgotten woman’s life.

This may not be everyone’s cup of tea but I personally found it captivating for the entire performance. 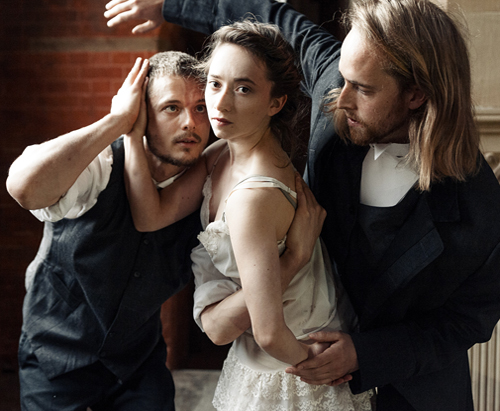