The Full Monty strips back to its film roots

“You can leave your hat on” is the order of the day as The Full Monty strip-teases Stoke’s Regent Theatre. Not to be confused with the 2000 Broadway musical that set the action in New York, America; Simon Beaufoy’s 2013 play brings the story back to the UK and Sheffield where the 1997 film was set.

When a Sheffield steelworks closes, redundant factory worker Gaz spies a chance to make big money; by convincing his former workmates to bare all with the aim of becoming the next Chippendales. From the moment that Gary Lucy – who plays Gaz – stepped into sight, the many hundreds of women in the packed out auditorium started wolf-whistling; the start of what would be a night of incredible audience reactions that built as the men got closer and closer to revealing all.

If there was a downside, it was only that it was a struggle to hear some of the dialogue but, as many of the audience seemed to know the film inside out, it didn’t deter from the party atmosphere. Clapping along was a common occurrence as all of the well-known disco classics from the film – “You Sexy Thing”, “Flashdance ’95 (What A Feeling)” and “Hot Stuff” (the latter complete with the film’s memorable dole queue dancing) – were brought back to life by Ian West’s faithful choreography.

Although it is hard to single out any of the talented cast, Andrew Dunn commanded the stage as former foreman Gerald; giving pathos to the man who cannot face to tell his wife about his redundancy whilst also making the most of the comedy moments afforded him. There was comedy aplenty, from a slapstick “To me, to you” routine with a steel girder that emphasised Gaz and Dave’s Chuckle Brothers-like goofy but eternal friendship to Bobby Schofield’s Lomper peddling like lightning on a gym bike to showcase the group’s mounting anxieties – there were plenty of laughs to make the factory men relatable and the show about more than just a group of men taking their kit off.

On a more serious note, with the news this week that the Scunthorpe steel industry could fold, the timing of this tour could not be more apt or resonant. The Full Monty helps us to remember the struggles that British industry has faced in the past and our dogged determination to overcome them.

The Full Monty is showing at The Regent Theatre, Stoke until Saturday 31st October. For more information or to book tickets, please visit http://www.atgtickets.com/venues/regent-theatre/ or call 0844 871 7649. 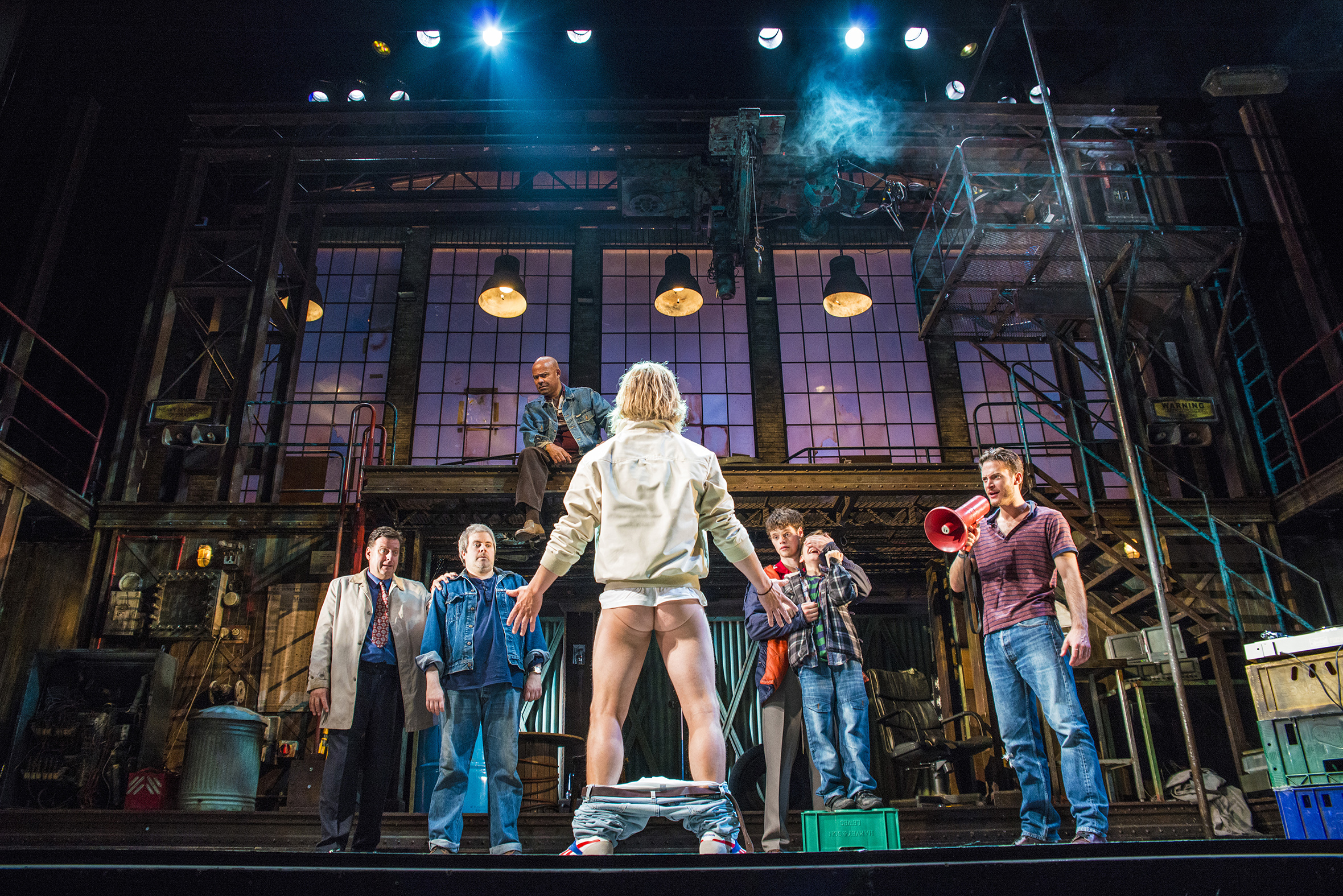