One Man Breaking Bad - The Lowry

One Man Breaking bad – the Unathorised Parody of the award winning TV series Breaking Bad has sold out performances at the Edinburgh fringe and stars LA actor Miles Allen, whose boundless energy and countless impressions takes the audience through all five seasons in 80 minutes. Be warned, this show definitely contains spoilers.

Like most, I have binge watched all five seasons Breaking Bad and loved every minute. But if you have managed to avoid the TV series (please give in and watch it immediately) then this is not the show for you. Aside from the spoilers, there are far too many inside jokes and references for anyone unfamiliar with the show to be able to relate to. This is one by the fans for the fans, yo!

Allen appears to have limitless vitality and is constantly getting beaten down or performing some dance move, he never seems to stop moving. His various impressions are not all without flaws but the way he is able to shift back and forth between characters seamlessly has to be applauded, and with minimal props too; there is a brilliantly utilised desk chair, Jesse Pinkman just requires a hood, Skylar – a blonde wig and, of course, the pork pie hat and sunglasses of the infamous Heisenberg.

There is some, albeit reluctant, audience participation involved, which was well received but was perhaps a little bit strained. It may have worked better with more willing participants but those involved in last night’s show just looked like deer caught in headlights. In all honesty, I personally could have done without it and felt whole piece broke up the rhythm of the show.

Originally the show was only an hour long when it first appeared at the fringe and has been elongated for the tour. This certainly feels as though this is the case. There are plenty of laugh out loud moments and overall it was enjoyable but I would be lying if I said I didn’t check my watch a couple of times. That being said, I would recommend that die-hard fans and with news that season 6 will start shooting this December, this show is a wonderful recap of everything that has gone before and has made me very excited about what might yet come. 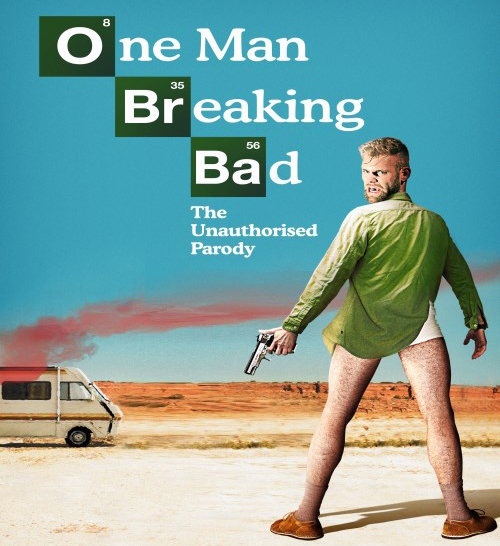