Depending on your opinion, that man is either “a comedian on the up” (The Times), “a comedian I’ve never heard of” (Audience Member) or “a very clever boy” (Nish Kumar)

This is Nish’s first solo tour. You may have watched him support Milton Jones or David O’Doherty, or seen him on Comedy Central’s The Alternative Comedy Experience curated by Stewart Lee, Live at the Comedy Store and Stand up Central. Or BBC 3’s, Live at the Edinburgh Festival and Sweat the Small Stuff.

Nish has also been on The Josh Widdicombe Show on XFM, BBC Radio 4 on The Now Show and more recently was the host of BBC Radio 4 Extra Newsjack.

Alternatively you could have just sat next to him at Nandos!

The above are not my words, but that of the promotional brief on the internet for this tour, and the rolled into Salford this evening when the Political Comedian came to The Lowry. The "Long Word... Long Word... Blah Blah Blah..."show took to the stage in the intimate setting of the Studio where a near full house was thoroughly entertained for 90 minutes by Kumar.

His first set lasted around 30 minutes, and was packed with clever comedy. His dry humour poking fun at himself and his family's view of his "left wing comedy" that in his mother's words is “boring”.

This was followed by 20 minute interval and then a further 60 minutes of fun filled entertainment. Kumar covers topics from Politics to Diversity, his comedy is intelligent and thought provoking making you think about political correctness and what it is really all about.

Anyone who wants to know more about Kumar can find him on the internet at www.nishkumar.co.uk or on Twitter, @MrNishKumar but for the best experience of all, go and see him live for an entertaining evening of passionately delivered, enthusiastic comedy. You will not be disappointed. 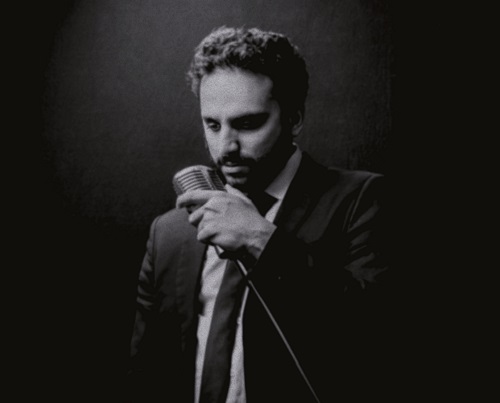