A new Musical written by Rick Guard and Phil Rice.

Oh how often have I lamented that so few new Musicals appear on the scene! The Fringe Theatres are full of new writing - all plays. The mainstream theatres are full of bums-on-seats-guarantees. So there is little in between, and no new Musicals seem to be hitting the headlines. Enter Guard and Rice!! [It actually trips off the tongue a lot easier than Lloyd-Webber and Rice, although rice is grown in paddy fields not gardens!! No... Enough!!! I have been influenced by too many pantomimes, sorry... just couldn't resist it!!]

So the completely unknown-to-me venue of the hidden gem of Todmorden Hippodrome hosted the last performance of this version of their Musical, Stop The Train. If I am to understand things correctly then these performances were try-outs, and the Musical is now being rewritten and tightened before another tour is scheduled. Well, if simply judging by audience reaction is any yardstick, then the more than positive reaction last night including a standing ovation must tell you that, excuse the pun, you are on the right tracks! And I am totally in agreement.

Even the station-style announcements over the tannoy prior to the start was a lovely little idea and put you in the mood for the evening. 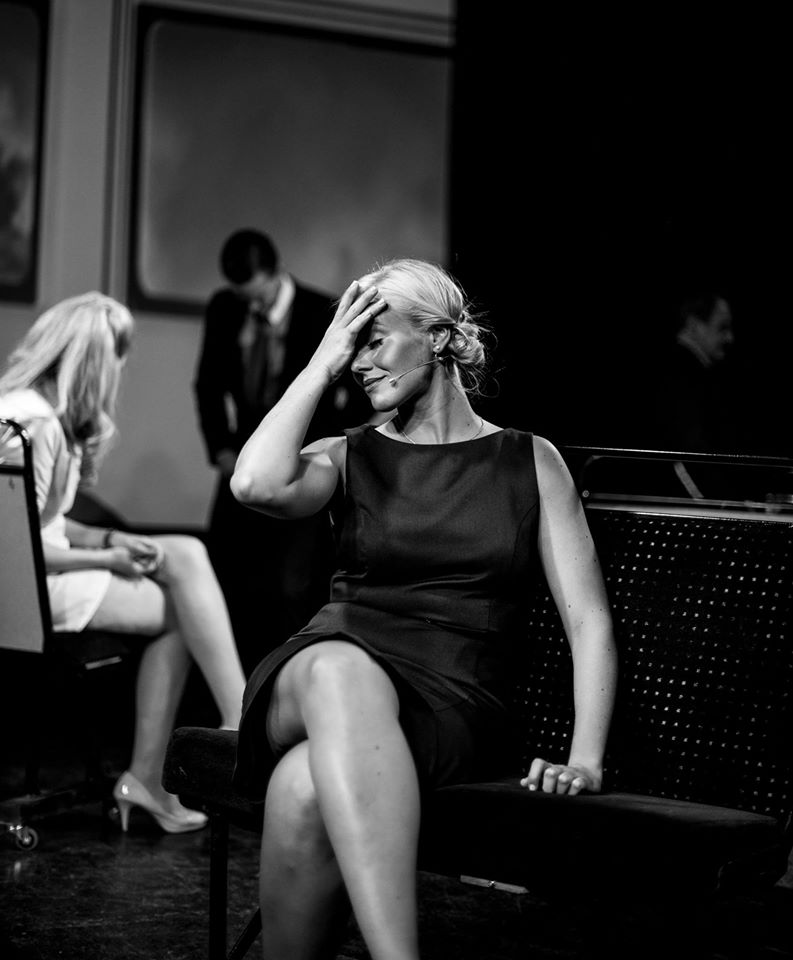 So what is Stop The Train? I don't want to give too much away since even after two false endings, I still hadn't guessed the actual ending correctly. However, it concerns a group of regular commuters on a main-line train and their quotidian mundane routines which are rudely interrupted by the appearance of another passenger in the carriage who threatens to blow the carriage and all in it to hell. He has a belt around his torso filled with explosives and he means business!! All he wants is for people to throw away their mobile phones, and talk and listen to each other... no really talk and listen to each other, like mankind did before technology took over. In so doing each of the passengers reveal a hidden or dark secret, fear or aspiration which makes them much more whole and happier after their sharing. The overall feel-good message being that there is no time like the present, make every second count and don't wait; you only get one chance.

There are some darker moments in there too - a little added suspense; and there are good dollops of comedy. The perfect mix for a Musical, and it all ends on a high with a great catchy dance tune which I continued singing long after the curtain came down!

For such an out-of-town show it was a large cast too, all proving to be really rather talented. The protagonist, the man with the bomb, Eric Molton, was played with passion by Keith Flood. A delightful performer playing the very delicate balance between sane and insane so beautifully, and then proving that he also had a great baritone voice too in his impassioned patter-song 'Make It Count'.

The train carriage commuters are businesswoman-in-love Chloe Lambert {Megan Pearl Spencer}, Tom Stone {Jack Bradley} the arrogant and egotistic object of her affections who puts money and success above love and relationships; Nicky Lee {Katy Oliver} is the ditzy blond tart with a heart; Rhodri Griffiths {Robbie Southworth} a Welsh salesman in debt with a gambling addiction who is waiting for balls to drop!! (yes, you read that correctly!); Bartholomew Kingston {John F Doull} as an upper-class lawyer who really ought to be travelling in First Class, but has a very sordid little secret which he reveals in fantastic style, bravely baring more than just his sole to the delight of the audience; and finally a young Eastern European lady who speaks the voice of reason and common sense Ilya Amenkina {Amy Forrest}.

All of them working so well with each other and showing off individually too. It is credit to the writing team that they made all of these characters equal, giving them all ensemble and solos, and it worked really nicely. A really talented ensemble cast.

The main ensemble is assisted by 6 other cast members who act as dancers and chorus supporting the main cast in various dance routines and swing singing, also taking on the much smaller speaking roles of police. However, two of these really come into their own at the end of the show when they take on the roles of Glum Jake and Glum Fran {Robbie Waugh and Laura Frost}. And just exactly how high can Waugh sing? Just when I thought he couldn't hit any note higher, he does!! Wow!! 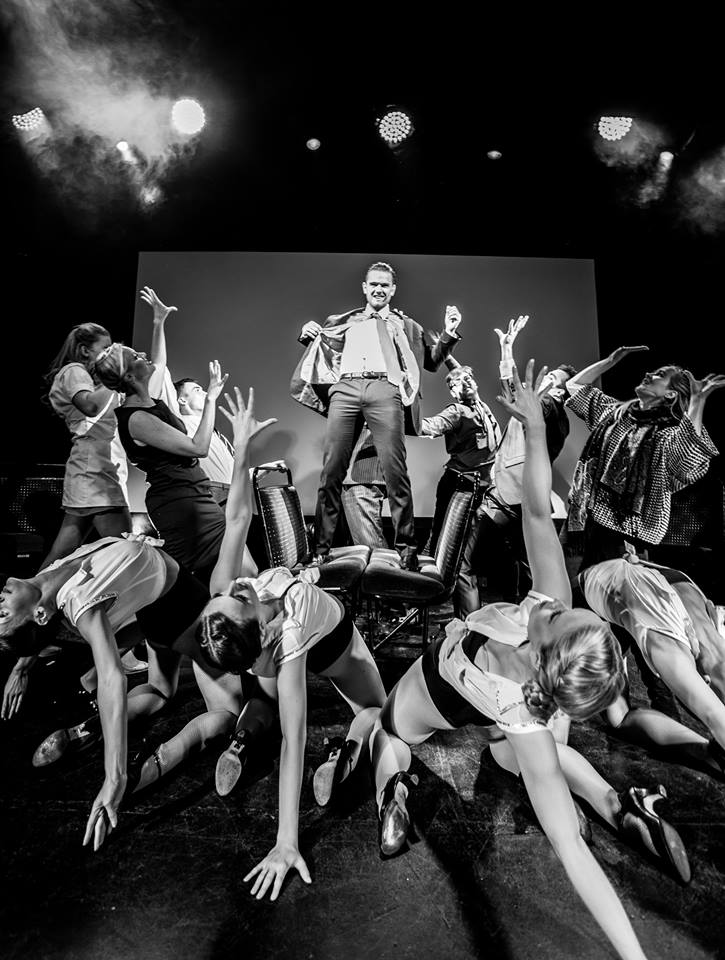 The simple yet effective set consisted of several train carriage seats which were moved around the stage for each scene. On the back wall, a screen was used to project the necessary complimentary images of train carriage interior travelling at speed, and stills for the various vignettes. It also projected the larger than life image of the final character in the Musical, Colin the Conductor, which was played as only he can play it, by none other than Russell Grant!

Please find an alternative set design for future performances. The projection screen is wearing just a little thin on me now - everybody, and I mean everybody, is using them at the moment!

The Musical is not ready for the West End yet - it is still in development. It is a little too long and needs only one (not two) intervals. Some of the dialogue is a little wordy in Musical Theatre terms, and the whole thing needs tightening. One or two things also concerned me slightly. I didn't see the need for so many various accents and dialects. It made no difference to the characters where they were from, except for Ilya. So it didn't cut it for me that one had a Welsh accent (not consistent), and another straight out of TOWIE! It would be better to give them all similar accents in order for Ilya to really stand out as the different one. And talking of Ilya, it was unclear where she came from. The name suggests Russia, the script suggest Poland, and the dancing routine she did was a mixture of Cossack and Alpine Schuhplattler with images of many different countries being projected on the screen. Think of just one country, and stick with it!

Technically it left a little to be desired, the LX not giving adequate or correct lighting several times throughout. Also, why was Eric's jacket ripped and torn at both shoulders and on the arm? The whole thing would benefit greatly too from a live band rather than using backing tracks as they are at present.

It's a really good premise and there are some really good ideas in this show; and some great tunes too, a real corker of a power ballad, 'Why', and a very strong and emotive ensemble song sung with real conviction, 'We All Fall Down'. I am really looking forward to the revamp / rewrite. This is a Musical that is certainly going places! Stop the train, I want to get on!! 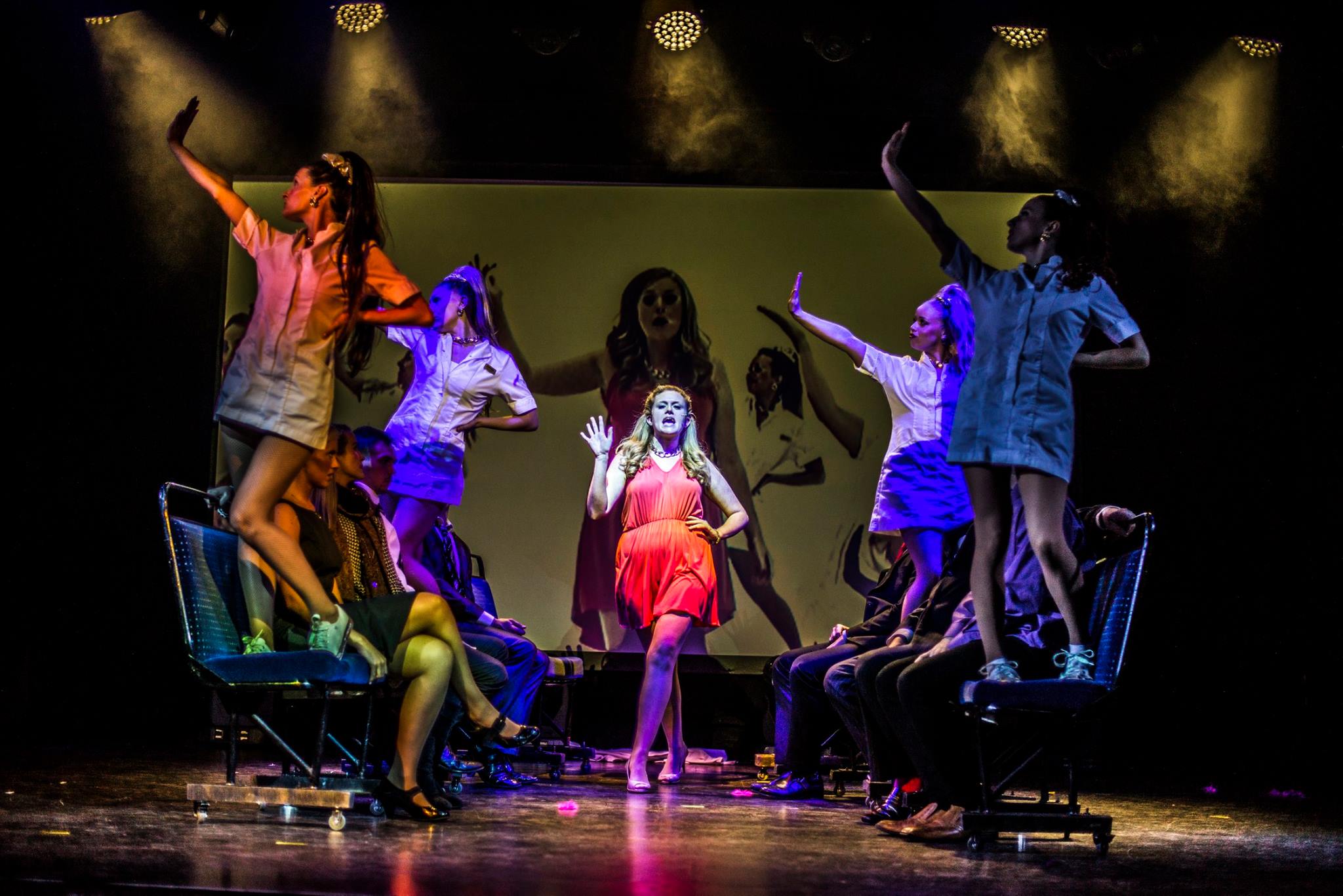