The Sound of Music - The Lowry

There can barely be a human being in the country who has not heard of The Sound of Music, or seen the movie, or can knock out an attempt at ‘The hills are alive’

I have sat through the 1965 film, starring the wonderful Julie Andrews and Christopher Plummer, countless times throughout my life and I haven’t escaped the stage version either – by both professional and amateur groups and was privileged enough to see Petula Clark in the early 8o’s perform Maria in the West End of London . Since Connie Fisher took the lead role after she won the TV talent show, ‘How Do You Solve a Problem like Maria?’ I have waited to see the new revamped stage production in anticipation.

The tale was adapted from the autobiography of Maria Von Trapp. As we all know, a young postulant named Maria is assigned from her abbey to become governess to the children of a distinguished and wealthy World War I naval officer. The Captain, his seven children, the wealthy and manipulative baroness interested in the Captain, the apolitical concert promoter, even the warm hearted housekeeper and nascent Nazis are all in place. The Rogers and Hammerstein songs have become almost cliché they are so universally known, and the story’s underscore of love’s battle with self-focus and rising evil becomes remarkably fresh in this new rendition. 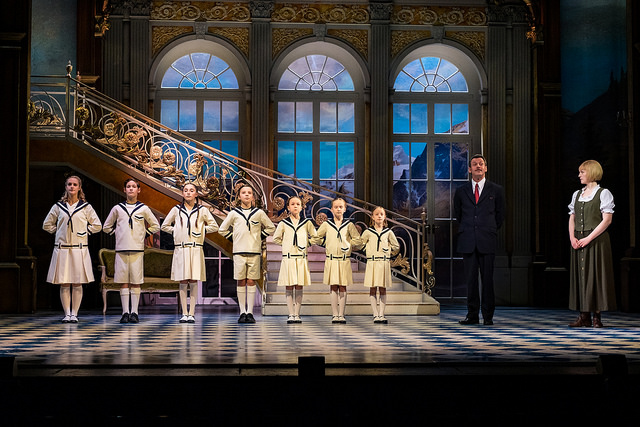 The stage production doesn't have the advantage of using actual scenery from in and around Salzburg, but the sets were detailed enough to convey the ambience of the von Trapp estate and the nuns' abbey including the iconic mountains. The Scenery was certainly one of the best parts of the production which is a total credit to designer Gary McCann and the costumes were magnificent mirroring the original outfits perfectly.

Maria was played by Lucy O’Byrne who was not only ideal for this role but sang so effortlessly and pitch perfectly. I am not a fan of the song ‘the hills are alive’ as I’ve heard too many versions of this iconic song be destroyed but with her perfect vocals I actually for the first time in many years enjoyed listening to her rendition.

Captain von Trapp was portrayed by Gray O’Brien, Gray is probably best known for his role as the evil Tony Gordon in Coronation Street, it’s sad with modern day theatre that we need big TV names to get bums on seats because they’re usually the ones that let the production down and Gray was no exception, it’s clear he can act but lacked the vocal etiquette of musical theatre and at times it was painful to listen to his attempts - Clearly Lucy carried the duo’s vocals. Gray was unconvincing as both a father and a Captain who won over the heart of Maria. Gray forgot his lines and stumbled awkwardly over his scene where Maria returns and he displays his love for her.

The von Trapp children were adorable - for me they were the highlight of the show, as they were extremely talented in their portrayal of the individual characters. They sang beautifully and their stage presence was angelic and captivating. Annie Horn who played Liesl was stunning and I enjoyed watching this beautiful young lady throughout.

The Abbey scenes were exceptional and the nuns were all endearing and wonderful to watch, Mother Abbess played by Jan Hartley belted out her rendition of ‘Climb Every Mountain’ much to the audiences delight.

The cast on the whole worked well together with the most convincing partnership being Maria’s and the von Trapp children, the scenery, lighting, costume, choreography and musical direction were all spectacular making the production worthy of its high expectations from avid theatre goers.

The Sound of Music is not only iconic but timeless appealing to all, young and old, this modern revamped version of the original stage production will not disappoint in any way and is definitely a must see for all. 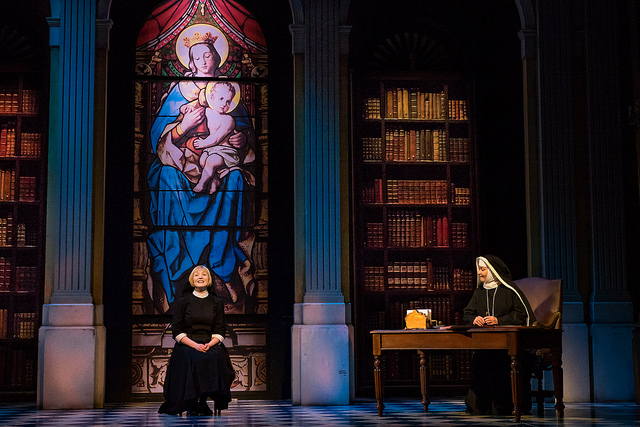