Christmas wouldn't be Christmas without The Nutcracker!

It has been a long standing family tradition of mine to have an annual seasonal visit to my family’s favourite ballet, The Nutcracker. Although some may say that Christmas is over and done with, we haven’t quite reached Epiphany and therefore, albeit slightly delayed, a trip to The Nutcracker was the perfect end to my Christmas 2015 celebrations.

This production is part of a long awaited tour of the United Kingdom by Saint Petersburg Classic Ballet (under the banner of PMB Presentations). The Company was founded in early 1996 by Marina Medvetskaya. The Company’s repertoire consists of works by iconic choreographers such as Petipa, Ivanov, St Leon, Vaganova and Yakobson, amongst others. 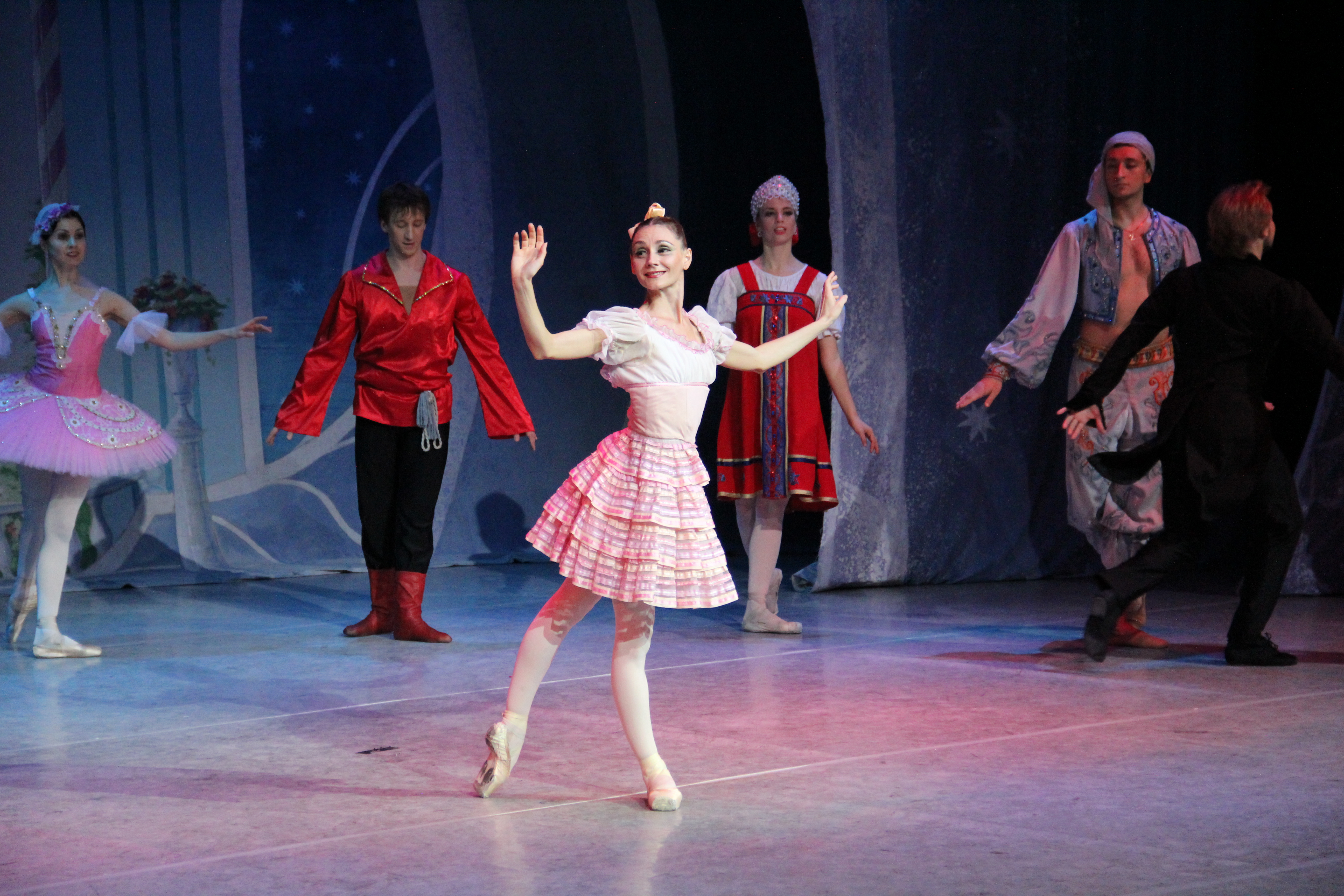 This was the third or fourth Company I have seen bringing the magical Christmas story of The Nutcracker to the stage, sadly it is my least memorable. Although the dancing was spectacular, apart from an obvious wobble at the end of one dance by a female lead, the show lacked the magic other productions had created. Apart from the stage set being mainly consisting of a digital projection, costumes, such as The Nutcrackers, lacked the realistic and magical design previous productions have produced. Whereas previous Company productions have included a grand elaborate set complete with ginormous Christmas trees, realistic costumes and comedy including a battle between the mice and The Nutcracker, and a cast of dancers both old and young (the children celebrating Christmas), this show lacked all of those things, and in fact the ensemble dancers at the Christmas scenes at the beginning had female dancers playing the roles of male characters in most part. This may well be due to a simple lack of male dancers within the Company, however this factor for me just warned me of the lack of detail that was to follow throughout the production. I adore the familiar music throughout the story, and in terms of ballets, this has to be the most well-known one and although I felt that the dancers did a fantastic job of bringing the story to life, I felt slightly disappointed that the finer details let the production down.

However, I feel that the reason for this may be due to the fact that as part of their long UK tour, the Company are bringing a different classic ballet to each venue visited. The three different stories they are bringing to the stage are: Swan Lake, Giselle and The Nutcracker. Therefore it would not be feasible to have big elaborate costumes and stage set for each different production.

This Company’s productions focus more on the dancing and interpretation of the story rather than the elaborate props, stage set and costumes and it feels more “raw” than previous Company’s productions. It may not have all the magic of previous productions I have seen over the decades, however it has a strong cast of outstanding dancers with a real sense of chemistry between them as a touring Company. I would be very interested to see their productions of Giselle, Swan Lake and Sleeping Beauty as part of this tour, or in further tours in the future. This tour began late October 2015 in Wimbledon, and is coming to an end at the end of January. It plays Sheffield Lyceum until Saturday 9th January, then moves onto Northampton, Crawley, and Jersey before finishing in Bath commencing 26th January, playing its final tour date on the 30th January.