Last week at the Opera House in Manchester cries of ‘he’s behind you’ rang out through the auditorium as Cinderella played its final week at the theatre. Now a week later those cries are but a memory and have a very different meaning as the colossal juggernaut that is The Rocky Horror Show rolls into town to begin the 2016 season on a high.

Following the huge success of the 40th anniversary UK tour culminating in a live cinema broadcast last year Rocky Horror is back on the road and it is as good as ever.

The people of Manchester turned out in force last night dressed up in all manner of costumes to celebrate this show and were also in good voice heckling from all parts of the theatre, a tradition unique to this show. All the usual heckles were heard last night with a couple I hadn’t heard before including a timely reference to the recent floods. Love it or loathe it, Rocky Horror wouldn’t be the show it is without these. 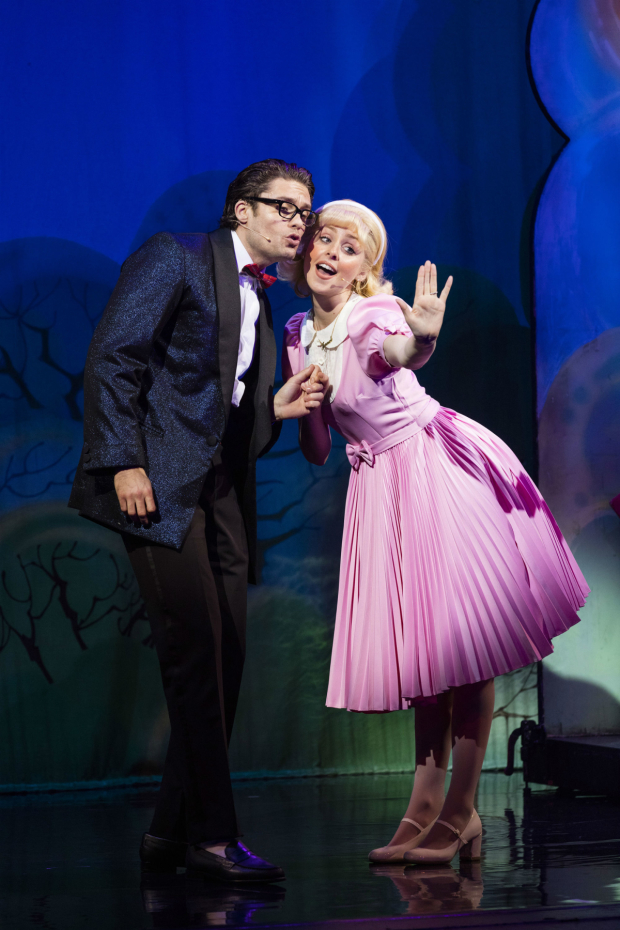 The cast assembled for this latest tour is impressive providing a balanced mix of new recruits and those who have been with the show for a number of years. Kristian Lavercombe as the superb Riff Raff, Dominic Anderson as the ripped Rocky and Sophie Linder-Lee (Columbia) resume the roles they have played previously with Lavercombe having over 1,000 performances under his belt to date.

For those not familiar with the Rocky Horror story, Brad (Ben Freeman) and Janet (Diane Vickers) become stranded miles from anywhere when their car suffers a flat tyre. The only place for miles around is an old castle where they head on foot to ask for the use of a telephone to summon assistance. The inhabitants of the castle are not what they expect where Frank-n-Furter (Liam Tamne) rules and has discovered the secret of life subsequently creating the perfect man, Rocky. What follows is a night Brad and Janet will remember for a very very long time!

The whole evening is narrated by Coronation Street favourite Charlie Condou who tonight made his Rocky Horror debut. Condou was superb from the first moment he appeared from behind the castle to a huge ovation from the capacity audience. He dealt with the heckling from the crowd admirably, perhaps second guessing some shout outs in the first half, however during act 2 he relaxed into the role and shone.

Freeman and Vickers as Brad and Janet are a well matched stage couple both excelling in both confidence and performance with Vickers making the transition from innocent virgin to a woman believable without going over the top. Freeman as geeky Brad maintains the persona throughout and for me one of the best I’ve seen in the role.

But the star of this show is Tamne as Frank-n-Furter. I have been fortunate to see two of whom are regarded the best ever to play the role before, Oliver Thornton and David Bedella and Tamne comes a close third in my view. It is reported that until he got the role on this tour he hadn’t seen the show before. His interpretation of the role is refreshing with some personal nuances introduced to make the role his own.

A fantastic 5 piece band under the direction of Ben Van Tienen provide all the memorable songs this show is famous for including the unparalleled Time Warp which during its two outings tonight saw the entire audience leap to their feet and join in the well-known choreography. My highlight of the entire soundtrack from this show is Eddie’s Teddy which showcases the vocals of Dr Scott (Paul Cattermole) and those of Linder-Lee as Columbia.

The Rocky Horror Show may have turned 40 recently, however they say life begins at 40! On the evidence of tonight this sentiment is so very true with capacity audiences spanning a huge age range there is no sign that Rocky Horror is ending any time soon!