A Girl Is A Half-Formed Thing - The Lowry, Salford

This was a play I really wanted to see. I had heard so many good things about it prior to last night, and yet, despite other publications doling out 5 star reviews, I am sadly unable to do the same.

The story is that of a young Irish girl, and we follow her from birth, into childhood, going to college, and returning home. It is the story of the first 20 years of her life.  The play is adapted from the award-winning novel of the same name by Eimer McBride.

The adaptation I saw was a 90 minute non-stop monologue on the Lowry's Quays Theatre stage, and we were presented with a totally bare and distinctly black box set with a set of long strip lights hanging across the stage towards the back. For the entire 90 minutes the set never changed, and the lighting only very rarely and all too little to have any effect.

The actress playing the monologue was monosyllabic and monotonous in delivery, and I only really started to listen properly when she raised her voice to a shout, which was seldom, and her movements were confined to standing centre stage and occasionally moving within a few paces of this or sitting on the stage nearby. There was absolutely no change of pace either verbally or physically that really made any difference and relieved the monotony.

Further, the lighting was awful! The actress was not lit from the front at any point, and using only side and top lighting made for some very odd, unnatural and weird shadow effects on her face. Her eyes, for most of the time, were black hollows, and when she stood still DSC she had a line of shadow all the way down her temple and down the bridge of her nose and it looked like war paint! 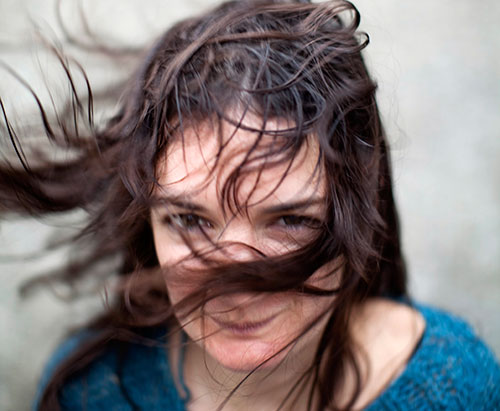 There was also an off-putting and distracting light and shadow effect created on the auditorium wall to the left of the stage which grabbed my attention more than the play at times.

For such a monologue, then the venue was completely wrong. It required an intimate setting and the Quays Theatre and the forbidding black stage that the company had obviously built and brought with themselves, as it was built on to the Lowry's own stage, did absolutely nothing to engender that intimacy.

To be absolutely honest, then the actress had lost me within the first five minutes, and I was just staying to see if anything exciting happened, which it didn't, and because I was to write this review. If I'd have been paying for my own seat, I'd have upped and left then and there.

From the snippets that did come across to me then she didn't have a particularly good childhood. Her uncle abused her as a minor, and in later life had sex with her again and tried to take care of her. Her brother had cancer and eventually died. Her mother was something of a neurotic and obsessed Catholic, and she, herself went from man to man to man to man in a long string of successive one-night stands. The actress playing all the parts in the story with so little change of body language or voice that it was so difficult to understand which character was speaking when. Sometimes it was plain narrative directed at the audience, and other times she was acting a scenelet playing all the characters herself. It was muddled and confusing.

Once again there were no programmes! What they were selling though were copies of the novel, and in the front of the novel they had printed a list of cast and creatives of this production. So in order to find out names for this review I simply copied that front page. However, why they couldn't have photocopied it and handed the photocopy to the audience on entering the theatre I'll never know!

The people involved were - The actress, was Aoife Duffin. The director, was Annie Ryan. The set, was Lian Bell. The lighting, was Sinead Wallace. It was produced by Lucy Ryan.

In a smaller venue, with a much more intimate setting, and no lighting or black set to get in the way. And with some more variation in the pitch, pace and power of delivery, then this might be a very compelling story. I tend to think though that if it is ever going to work as a play, then a one-woman narration is not the way forward.