Last night I was honoured to be part of the audience for such an informative show that digs deep into our society and views. 'dancing bear' combines music, strong words, dance and physical theatre to teach us about the LGBTQ community and the opinions others have of them and their views on the issues raised. The show is very imaginative and clever as it allows us to explore different genders, races, religions and beliefs all building up to convey a strong message.

My favourite input to the show was the drag performance! Owen Farrow aka 'Divina De Campo' was a clear symbol of LGBTQ and helped seal the stories that the fantastic and highly talented company informed us with. Owen Farrow has definitely established his alter-ego and understands his character. I think he is the complete opposite of how we view a drag queen, his voice is so big and beautiful to listen to with a wide range in his vocal abilities. Also, as the stories progressed there were several stages of where Owen was with his drag. At the beginning he started like the other cast and at one side of the stage was a mirror and rail filled with glamorous costumes where he applied a lot of his makeup. It was nice to see that the presence of a drag queen never left the stage as it was so strong however not distracting during the other scenes. 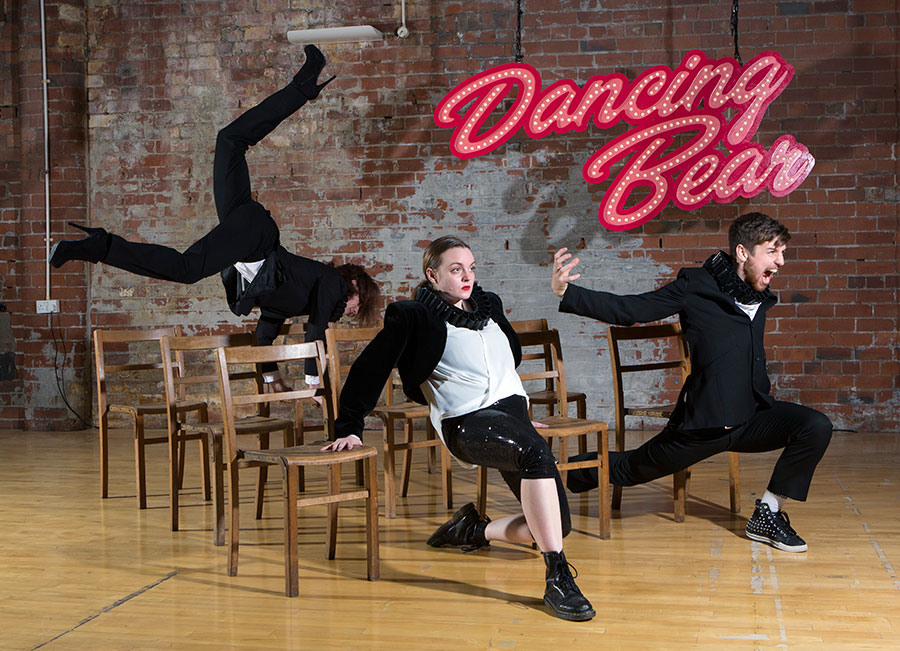 Beccy Owen who created the text for this production achieved a very unique piece of writing, it was strong and tear jerking while showing every cast member in the best possible light and helping us truly understand their background. Although a company I saw each member as an individual as it's clear to see the whole cast were different ages, genders and races which set in stone the stories they conveyed. Furthermore the use of dance and physical theatre was a sight to see and blended well with the live music. Each cast member had another purpose on stage, many playing instruments, vocals or dance and a BSL interpreter who wasn't just stood at the side of the stage. Katie Fenwick who used sign language throughout the production was an individual herself and very much part of the cast, I have never experienced anything like that before so it was a treat and a representation that everyone is welcome to see the show which was addressed at the beginning by the company.

The songs in this show were very uplifting and very encouraging for audience participation. My favourite number was actually the opening number 'the club on the edge of town'. Which was a symbol of a place where everyone is welcome to love and be who they are. As explained in the production the process of coming out is so powerful and as stated by Owen Farrow 'a glitter building up inside you until it eventually blows up'. It can be intimidating and it's obvious we've all been in this intimidating but life changing situation.

God is who we need them to be and not what they should be. Neither male nor female but merely a display of what is right, a clear understanding and a right to be who we are and to love who we want to love. This show taught me a very valuable lesson and for that I am very grateful.