Phoenix Dance Theatre grew from humble beginnings in 1981 and is now considered to be one of the longest standing contemporary dance companies outside London and has long been a key Northern forerunner in contemporary dance. 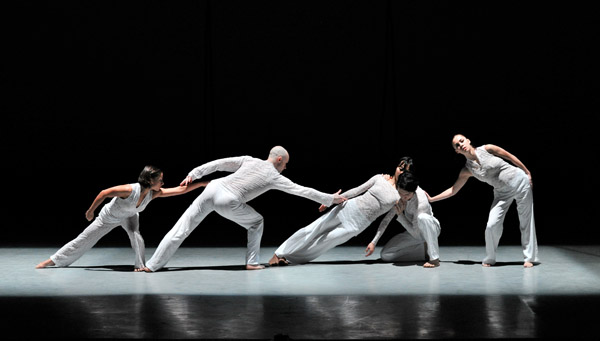 I myself was lucky enough to work with them on the ground breaking live performance of Frankenstein’s Wedding in 2011 and have experienced first-hand their professionalism and extraordinary attention to detail. As a result I was eager to see how they have developed in the years since I worked with them. Tonight I had the pleasure of not one but a trio of performances from this prestigious group to mark the 35th birthday of the company.

The first piece of the night was a beautiful exploration of elemental texture, taking inspiration from water, particularly ice. Blending seamlessly fluid floor movement with beautiful aerial work it was as if the floor and the air were one. A pet peeve I have when watching dance is when the dancers do not fully commit to every movement as I feel that this takes away some of the impact, however this can definitely not be said about any one of the dancers throughout this whole evening. Every single movement had purpose and was executed flawlessly. The dancers filled the stage with their presence and the use of light and shadow gave a very eerie, almost ethereal effect. The whole piece was very smooth and you could really see the influence of water in every movement, even the harsher more conflicting and dynamic movements. Overall it was a beautiful piece that was paired exquisitely with music from the Wild Beasts. 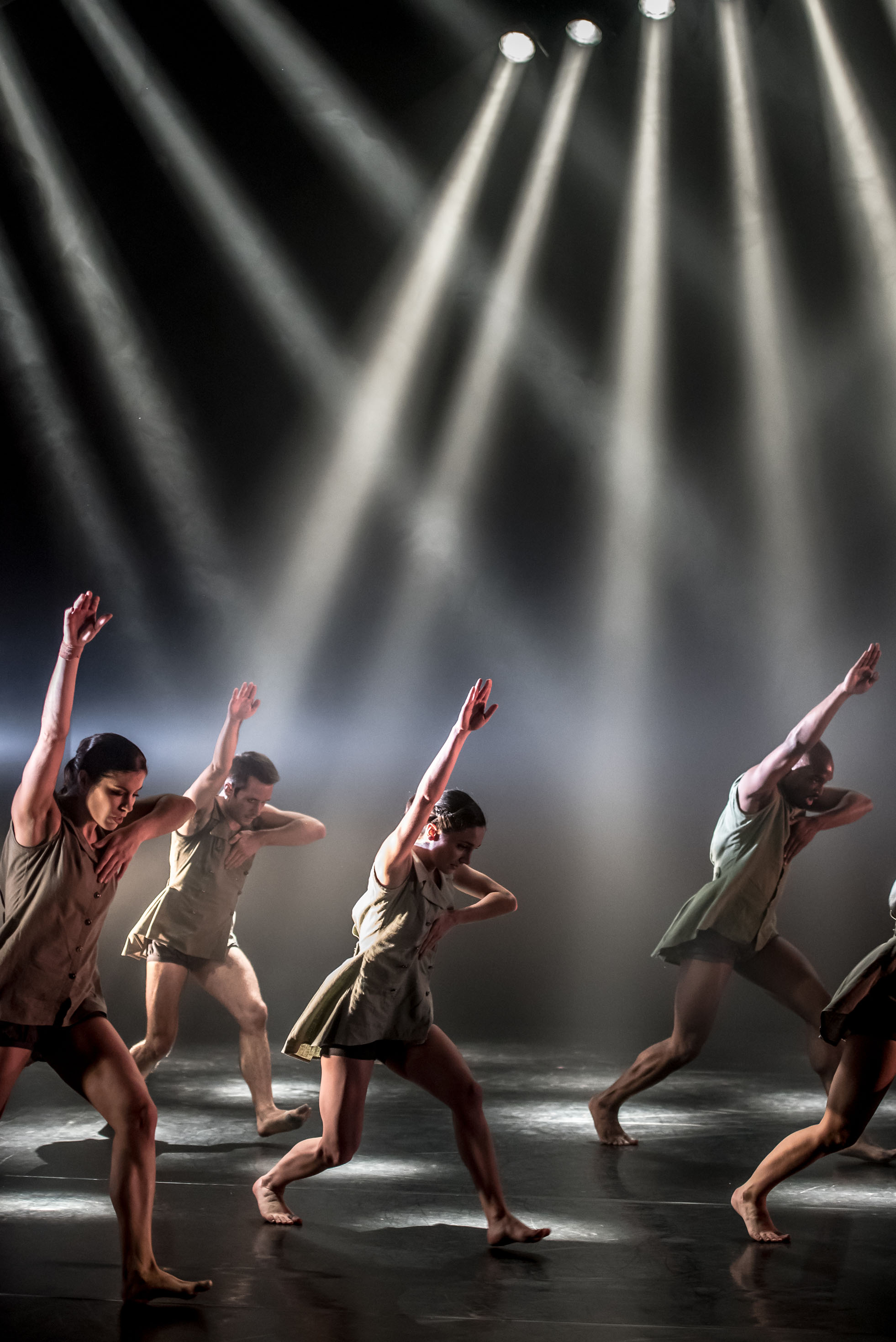 Not only were the company celebrating their own anniversary but in this piece they were also paying homage to the 400th anniversary of William Shakespeare’s death. This piece was a reimagining of 5 of Shakespeare’s sonnets and features quotes such as ‘Shall I compare thee to a summer’s day’. This was by far my favourite performance of the evening as it was an incredibly innovative blend of live music, words and dance which I have never seen before. Even without the direct quotes from Shakespeare the influence was palpable through the sultry and intense nature of the movement and this sultry desire is a reoccurring theme in many of Shakespeare’s sonnets. The addition of percussion and vocals by Adriano Adewale added another layer to the piece and beautifully complimented and punctuated the movements. Another interesting feature of this performance is that some of the pas de deux sections of the piece were performed by two men and this was visually stunning to see as it gave a real edge to the performance as opposed to the softer, traditional male/female combination.

Finally the last offering of the night was an intense and at times very menacing exploration of enclosed spaces within the mind. This was perhaps my least favourite of the performances as it was a bit too abstract for my liking, however from a technical point of view it was another masterpiece and it was beautifully executed by the dancers. This piece really exploited how well they work as a unit and the tandem movements were impeccably precise. I simply cannot fault the ability of the dancers as every movement from start to finish was executed with passion and precision and the enjoyment on the face of the performers as they moved really added to the effectiveness of the piece. Again the music chosen beautifully complimented the chaotic and menacing tone of the piece and the way the notes synchronised with the movement was almost as if the instruments were playing the dancers, they were so in tune with one another. Though as I said I am not very much a fan of work as abstract as this, the passion and technical ability still made it extremely enjoyable and it was a wonderfully stark contrast to the two preceding pieces.

The whole evening was a rollercoaster of emotion leaving me breathless and in awe of the extraordinary creative talent at work in the Phoenix Dance Theatre. Witnessing these performances is definitely a once in a lifetime experience that is not to be missed.