Up ‘ere Productions are currently holding a Weekly Watch on Zoom to keep theatre alive during the COVID-19 crisis. This week’s offering was two new short plays, Chekhov’s Gun by Anghus Houvouras and Where the Time Went by Jim Spencer Broadbent, both directed by Jordi Williams and linked by themes of mental health issues and the overwhelming feeling of reaching the end of your tether.

Performed in the actor’s own homes with no set and the bare minimum in terms of props and costume, the Company deserve credit for pulling this off with what can only have been very difficult rehearsal conditions and the need to devise a whole new way of working. 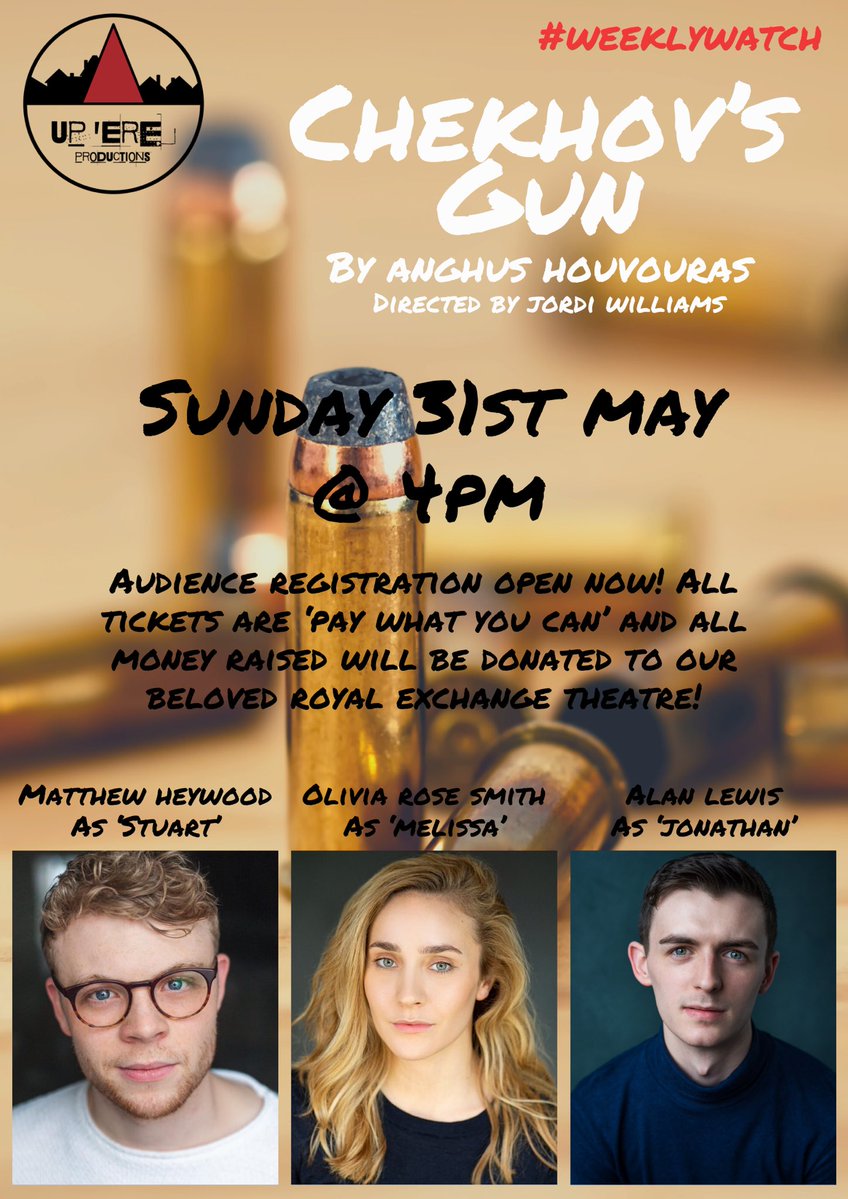 The first play, Chekhov’s Gun, opens with two young men, Stuart (Matthew Heywood) and Jonathan (Alan Lewis) bumping into each other outside of their school, both armed with guns and realising that they are both planning on carrying out a school shooting simultaneously. Both are wanting to make an impact in their own way so are quite disappointed that someone else is planning on doing the same thing, which would reduce the effect of their own actions. But while they are working out what to do Melissa (Olivia Rose Smith) turns up, also armed with a gun, and her plans send the discussion off on a whole other tangent.

This play explores issues surrounding mental health, social media and a religious upbringing. There are some very interesting points raised and the characterisation is very good with Lewis giving a particularly solid performance as the ironically innocent Jonathan. On occasion it does feel like a strong conclusion is being striven towards, but this is never fully realised.

Unfortunately, some of the dialogue is a little clunky and could do with some tightening. The piece is, on the whole, quite heavy on telling and light on showing, though some of this can be put down to the difficulties of performing it remotely via Zoom.

There is one point where Smith passes some of her writing to Heywood and this was achieved very well with the remote camera set up. The nature of Zoom meaning that the speaking actor was focussed on meant that some emotional reaction from the other actors was inevitably missed (or at least minimised in size) which is a pity but unavoidable in this style of performance.

The second piece, Where the Time Went, is both more uplifting and more tragic in feeling than the first. This play is set on a rooftop where two men, One (Ian Kay) and Two (Harry Burke), discuss life and skirt around the immediately apparent but unmentionable reason they are both standing on the rooftop of a 24 storey building at 6am.

The actors create the perspective of the rooftop extremely well considering the performance format. There is again some focus on the effects of upbringing and there are some lovely explorations of nostalgia and the small things that bring joy to life. Charming in its simplicity, Burke gives a particularly strong performance with a complex and layered character rarely seen in short theatre.

Both plays are both interesting pieces of drama which explore dark issues which are often not discussed enough because of their nature. Their unnatural style, enhanced by the performance format, gives them both a disorientating and haunting effect with the tragedy of the characters’ situations resonating in their atmospheres of fated meetings and intricate conversations.

You can find out more about Up ‘ere Productions on their Twitter page https://twitter.com/ere_up 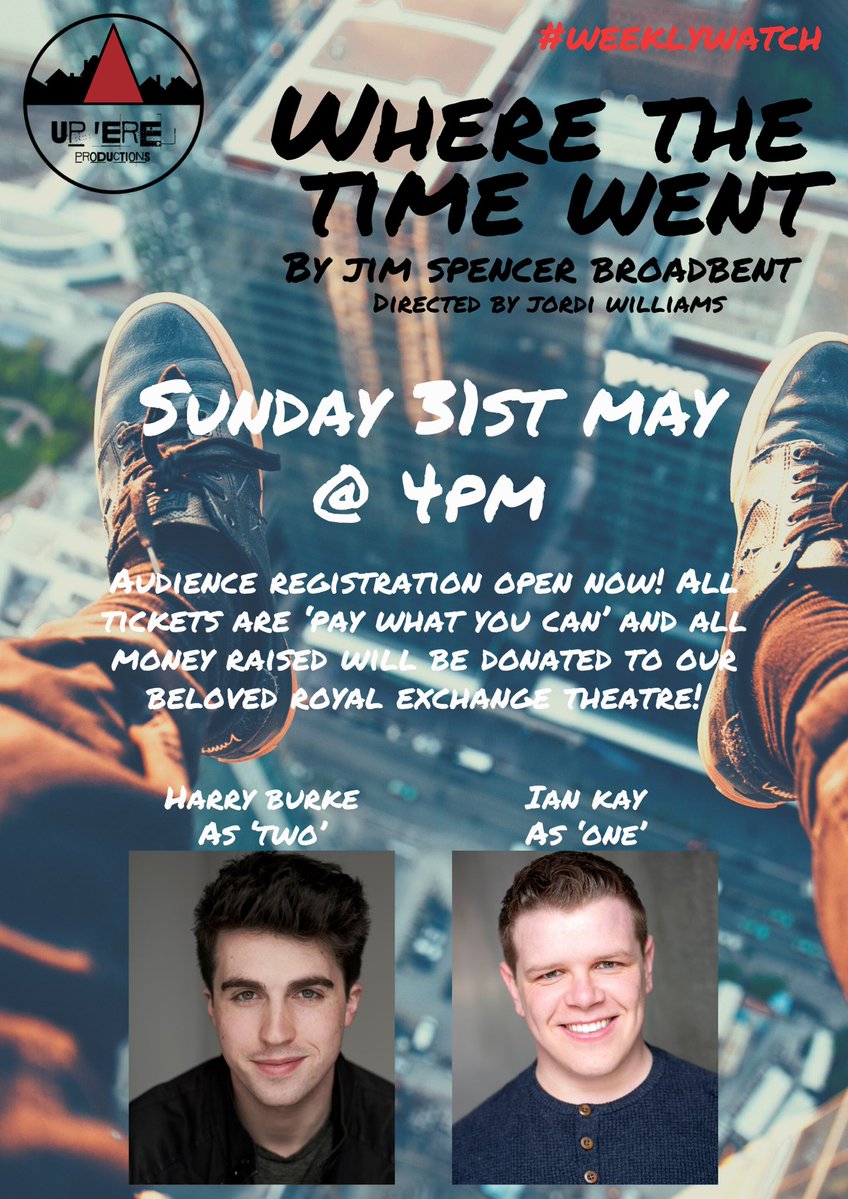