Joseph Furey’s one man play tells the story of an isolated and lonely young man who downloads a creepy AI app which promises to show him the meaning of life.

Even though the sci-fi element is strangely familiar, Furey’s script is interesting and quite poignant in parts. Stephen Smith (who also directs this piece) plays the young man with a great deal of energy throughout his AI torture with the mysterious and at times rather annoying AI voice S.U.E (voiced by Millie Webber).

This is a play that explores isolation (quite apt for the times that we live in) and it also looks at vulnerability and how easy it is to be attacked from malevolent forces hiding in plain sight.

Smith’s character is intense and just a fraction overstated and I felt that the play was a touch overlong (maybe a discrete edit/cut of around 10 minutes would’ve made the finished performance a lot leaner and meaner) but it’s an interesting take on control and how isolation and loneliness can alter the perceptions of the individual.

Within can be viewed via Threedumb Theatre’s Facebook page HERE. 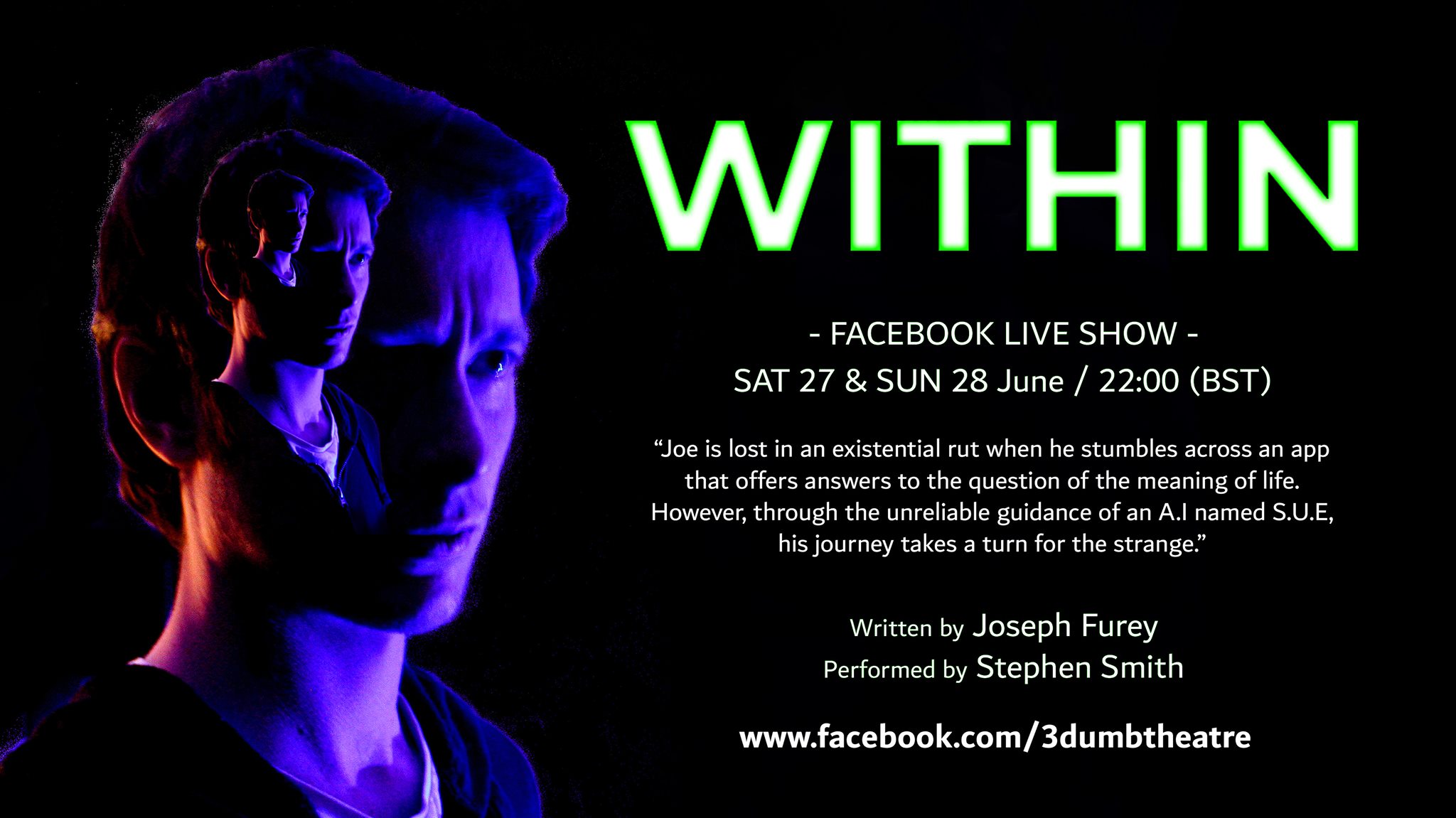