Being rather fond of Beckett, and having seen countless Godots but never Endgame, this was something I was actually really looking forward to. Further, all the notices for this production so far have been stellar, and so expectation was high last night as I took my seat in the main auditorium of Manchester's HOME Theatre. And from the very moment the play started, with Clov wordlessly going about his mundane quotidian routine I knew I was watching something special. I would like to think that this will one day become known as the definitive Endgame.

The set, (Tom Piper), a large, vacuous tin can, grimy and empty save a radiator, two metal dustbins and Hamm on his chair, worked perfectly. The tiny, dirty windows high up, which were never cleaned and never opened despite efforts and orders to the contrary, provided much of the visual comedy, but also integral to the irony and situation of our protagonists. The stage was set on quite a steep rake too, and so manoeuvring the chair upstage could not have been easy. 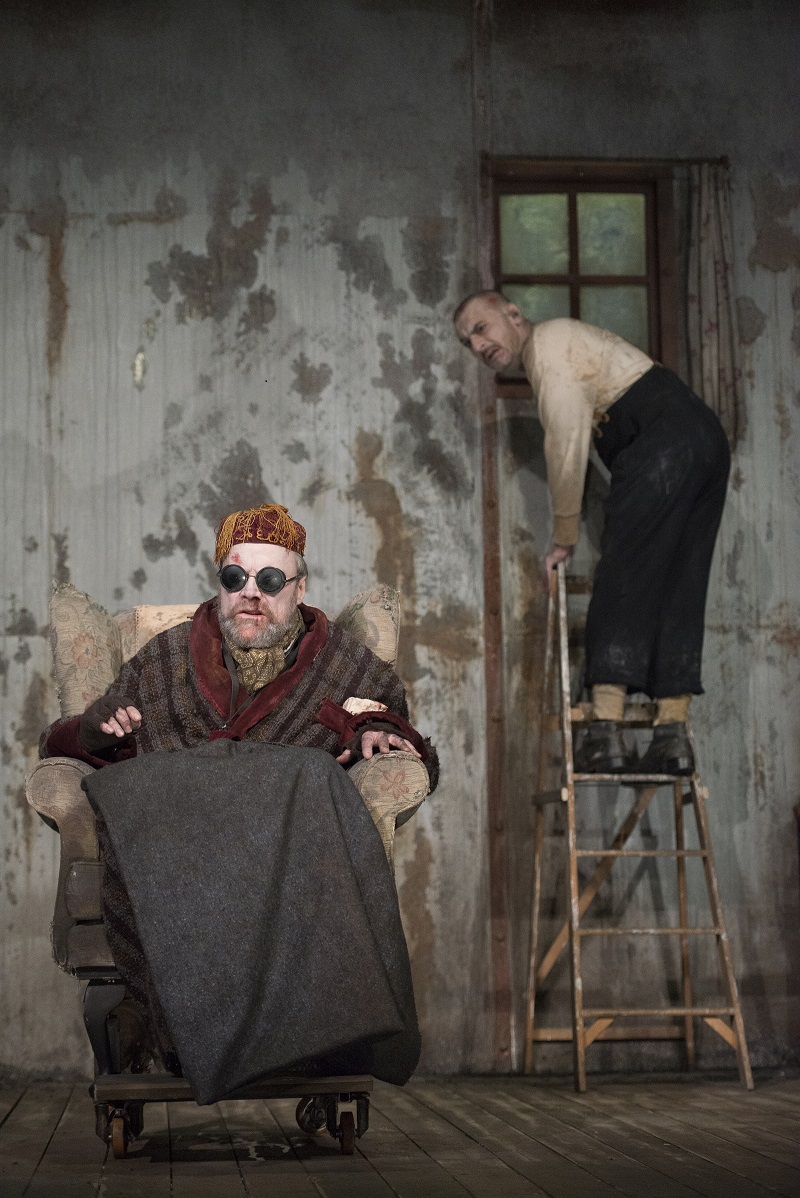 What is the story? The circumstances surrounding the existence of these four living separately together are open to interpretation; but one thing is certain, they are afraid and fascinated by the outside world in equal measure, but yet never dare to step outside. They are inextricably bound to each other despite detesting each others' very existence. And yet, they cannot survive without each other either. Hamm, old and blind, unable to stand, lords it over his servant, Clov, who is unable to sit and has bad eyes and bad legs. There is death in the air and indeed death does occur. Hamm's parents, who live for some inexplicable reason in a dustbin each, and seem not to have any legs, are even older than Hamm, and as Nell dies, so does Nagg, crying, of a broken heart.

And yet, amidst all this blackness and bleakness, there is both real tenderness and humour. Some of the lines in the play are just wonderful; "nothing is funnier than unhappiness", and "if I don't kill that rat, he'll die".

But in the end, after the death of both his parents, Hamm is deserted by Clov. Dressed in outdoor clothing and with case in hand, Clov stands a little behind Hamm on his way out. Except something stops him even then from leaving his master, despite his master believing him already gone.

Hamm was played by David Neilson, and Clov by Chris Gascoyne, and both were absolutely superb. Every nuance of the text brought out to perfection and their inter-dependant relationship made me feel both disgusted, appalled and delighted in equal measure. They were more than ably assisted in their efforts by Peter Kelly as Nagg and Barbara Rafferty as Nell. 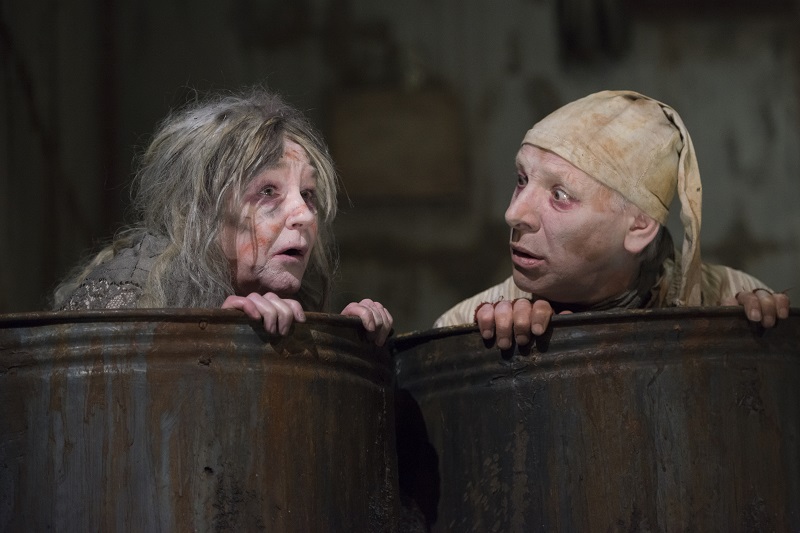