Into The Hoods - Grand Theatre, Blackpool

‘Into the Hoods’ is fresh, creative and innovative. Loosely based on the Sondheim musical ‘Into the Woods’ - this production blends a thrilling and adventurous storyline with the jaw dropping hip hop creations. Every part of this show exceeds expectations, it wowed audiences and made for a fantastic atmosphere by the end of the performance. ‘Into the Hoods’ has previously had a record breaking run at the Novello Theatre in the West End, being the first ever Hip Hop dance show in the West End and also being one of the longest running dance shows. The show has won a smattering of awards and performed at some of the world's biggest celebrations.

The story follows two schoolchildren who find their way into Ruff Endz Estate, after getting lost and losing the way home, and meet a whole band of characters. We meet Spinderella, who one day hopes to be a famous DJ; also there is a fierce and extravagant Rap-on-Zel who hopes of being a rapper MC; a former singing contestant and self-confessed ladies’ man who is the D List Prince; alongside Lil Red who dreams of being an international singing sensation who soon makes a deal with Wolf of Big Teef Records and finally there is Jaxx, a struggling music producer who is behind on his rent and also in debt with the landlord. The two schoolchildren meet the landlord soon after arriving at Ruff Endz Estate and tells them if they get 4 gifts for his daughter Rap-on-Zel’ s 18th Birthday, he will provide them with money for the bus to get home. They have only 4 days to find: An iPhone as white and milk; a hoodie as red as blood; weave as yellow as corn and trainers as pure as gold. 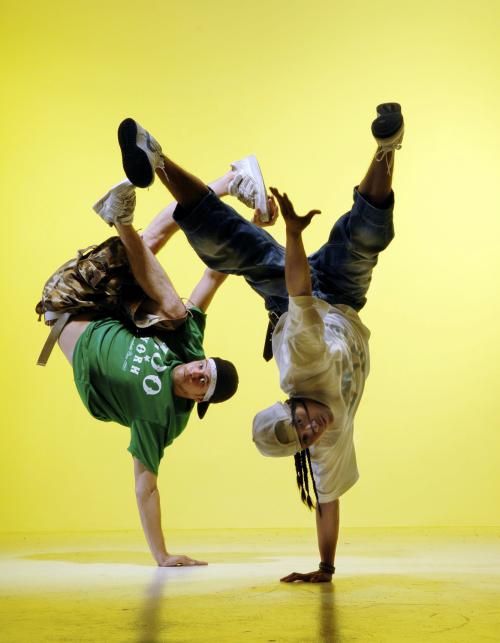 The ensemble is incredible a true achievement and talent that Zoonation can be proud of. In particular Rap-on-Zel played by the amazing Jade Hackett is hilarious and also a phenomenal dancer. In addition, Natasha Gooden was fantastic as the innocent and hidden talented Lil Red and was an audience favourite. Also, the Prince (Daryl Baker) had a great reaction from the audience each time he would come on stage, his lip syncing moments and dim witted nature were hilarious! Also, Jaxx played by Corey Culverwell was also an audience favourite and had the hip hop moves to show off, he did some of the most impressive moves and stunts in the show. And how can I go on without mentioning the utterly brilliant Stepsisters and Stepmum (Andry Oporia, Mikey Ureta and Idney De’Almeida) who trashed across the stage in bright pink dresses with huge wigs trying to get the attention of anyone who will look at them. Duwane Taylor played the Wolf to perfection and a spooky and mysterious mood to his character. Lucinda Wessels played Spinderella and really conveyed her emotions through dance. The giant in the somewhat 70’s penthouse was played by Mikey Ureta who brought the house down with an energetic and hilarious dance number. Fairy Gee was played by the sassy Annie Edwards who gave and great performance and brought a pinch of magic to the show. Finally, playing the lost schoolchildren were Tyreese Remy-Henderson and Jenai Mason-Smith and fitted perfectly to the hip hop routines and weaving around the stage looking for their items to return them home, both being incredible characters.

This show is not one to miss! Every song and style imaginable is in this show, there are no faults or failures, it seems effortless from the audience point of view but I can imagine the hours of rehearsal and late nights to get to such a high standard, surely this work is down to the Creatives, Kate Prince (Director and Writer), DJ Walde (Musical Director), Ben Stones (Set Designer), Andrew Murrell (Lighting Designer), Ben Stones and Russell Royer (Costume Designer), Carrie-Anne Ingrouille (Associate Director) and Rowen Hawkins (Associate Choreographer). A special mention must be made to Andrzej Goulding who was the video designer and made some of the best cinematic pieces I have ever seen in theatre, the projection mixed with the energy of the show was an absolute masterpiece.

A production filled with chaos, hilarity, imagination and bravery. It is a ground-breaking piece of theatre that I hope to see again very soon!

See ZooNation website for more details: http://www.zoonation.co.uk/ and you can see the trailer for the show at https://youtu.be/ruNOWkoBEwc