Visiting the theatre to watch a performance of a classic tale is always a treat, always bringing a sense of comfort I believe to the audience. In addition, on this dreary Wednesday evening, West Yorkshire Playhouse’s (WYP) performance of the Charles Dickens classic ‘Great Expectations’ did not disappoint this firm belief. With the tale being widely well known, the company had a great challenge of bringing a new lease of life into the narrative and presenting to the audience an original performance of the tale. With the book originally being published in 1861, and with countless adaptations and media re-makes of the novel I did have apprehensions as to how this performance would be any different to the forms I had previously observed. Saying this, as soon as I sat down in my seat and gloried at the breath-taking set encompassing the entire stage, I knew that the WYP had squashed any initial doubt I may have had.

The tale is set in the early 1800s in the village of Kent, London. It is one of Dickens’ most famous novels, involving a number of his extravagant characters we have come to expect from a classic Dickens tale. Early on in the tale a young boy named Pip is confronted by an escaped convict by the name of Abel Magwitch, and without realising the actions Pip takes that night go on to shape his upbringing completely. Whilst Pip is influenced by the local town’s people, his priority in his younger years is pleasing the eccentric character of Miss Havisham and more importantly her adopted daughter, Estelle. Pip is a classic protagonist during the performance, with the running themes of wealth, power, poverty and rejection providing a harsh basis for his character’s narrative.

Both Sullivan Martin and Daniel Boyd had the challenge of portraying Pip’s troublesome life. Martin successfully made a strong attachment with the audience in his performance of Young Pip, with energetic movement and admiration for the elders surrounding him. In contrast, Boyd used his erratic movement, vulnerable tone and exhausted body language to portray the demise of this character’s spirit and enthusiasm. As previously mentioned, Dickens’ characters are what he is famous for, the likes of Miss Havisham and Magwitch require bold performances and Ian Burfield stole my attention from the first glimpse on stage. It is incredibly difficult to create a sense of empathy for an escaped convict, but Burfield’s cheeky demeanour with Pip and confident communication to the audience made me will him on as an audience member, hoping for his success. 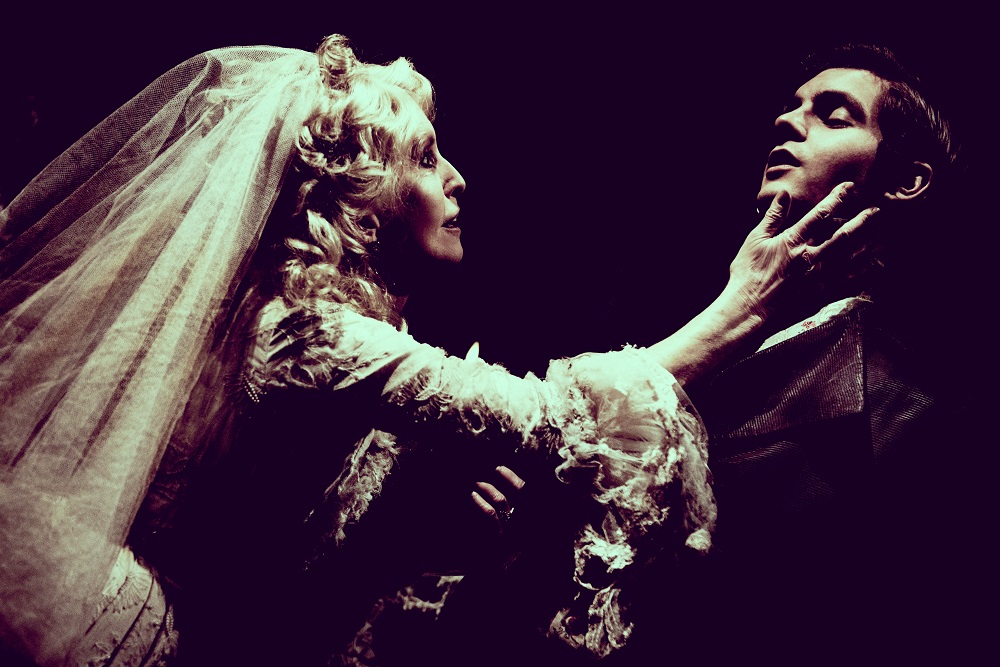 The real strength of the whole production was definitely the transitions working seamlessly with the impressive set design. The stage was made up of one, large, curved wooden structure. Having a good understanding of the novel I immediately made the link between the set design and the transport prison ships from which Magwitch had escaped. Lucy Bailey had this initial thought of mirroring the dark, looming structure of the prison ships and this continued to transform into a number of settings throughout the performance. This one wooden structure revolved continuously throughout the narrative and transformed into various homes, bars, graveyards, boats, streets and offices with ingenious hidden furniture and trap doors within the structure. The revolving element to the build made each scene change seamless with the actors walking around the edge into their next scene, so the audience were engaged during every minute which really helped bring the tale to life. Obviously having just the one piece of scenery produced stage managing difficulties as you could often see actors and technicians walking on in the background arranging furniture and props, but this break of reality was quickly forgotten when yet another overwhelming location was created.

I can safely say this was by far the most engrossing performance of Great Expectations I have observed before and Mike Britton (designer) together with Bailey have created a breath taking set from such a simple concept. The whole cast deserves mention as each member of the ensemble were a credit to the directors and Dickens himself! Both Patrick Walshe McBride and Rohan Green provided the light hearted relief which was often needed in his portrayal of the loveable Herbert Pocket, with his clumsy nature and impeccable comedy timing. Dickens was known for being a social critic within his writing, and the theme of wealth and power tied the whole production together.

Pip’s treatment by those he respected was a brutal reminder of appreciating the comforts we have in life being grateful for these small pleasures. Taking on such an acclaimed Dickens tale is a great risk for any director and company, especially in today’s society of contemporary theatre. I honestly feel I will not see a greater portrayal of this tale of personal growth and I am pleased to acknowledge that Bailey’s direction not only met, but exceeded my previous (great) expectations.