The Old Woman, The Buffalo And The Lion Of Manding - Z-Arts, Manchester

Produced by Adverse Camber, this is storytelling at its best. In a very comfortable and well-placed middle ground between theatrical play and concert, this presentation told the 'true' fable of the beginnings of the great 13th century unifier of West Africa and great King of Mali, Sundiata Keita. This man existed, that is documented, but the mystical and magical folklore surrounding his origins and his family are, as all word-of-mouth stories are, enlarged upon and altered by successive teller, so that the story that exists to this day, and still told to children in Mali, is little more than a fairy story. But a very nice fairy story at that!

The storyteller for this epic and heroic tale was Jan Blake, and her colourful and sonorous African voice brought this story very much to life. Her style was extremely intimate, and she talked directly to us, making us feel a part of the story. Indeed, we were even given certain lines in some of the songs to sing, and taught how to ululate.

The story started and was punctuated throughout with West African music. The two brothers who played the music came originally from The Ivory Coast, and although now living in Oslo, still continue to play and record traditional West African music using a combination of both traditional instruments and modern. Kouame Sereba and Raymond Sareba, sat alongside Blake and played, underscoring her speech, and sang along with her making some lovely three part harmonies to these primitive rhythms. 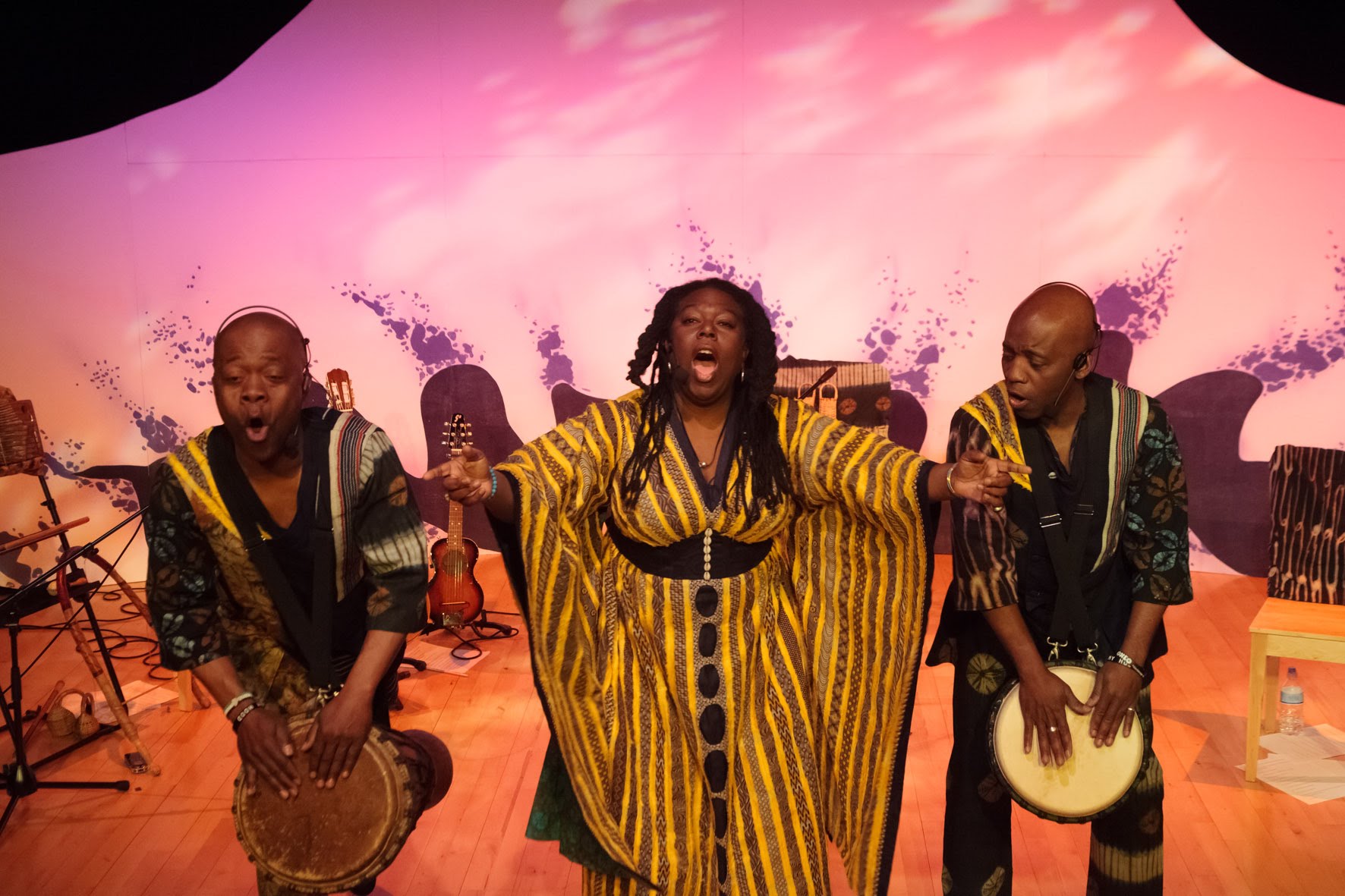 All of this was utterly brilliant and exceedingly well done, and I would have come away from the theatre last night light-headed, thoughts full of curses and prophesies from the Mali of 800 years ago, if there hadn't have been a couple of things which really put a damper on the evening.

The first of these was that the performance started more than 20 minutes late, meaning that that time was added on to the finishing time. Moreover, there was no need to have had an interval, which just prolonged the event even further. It would have been much better to have stipulated a running time of maximum 90 minutes and run it straight through. Much more acceptable for this style of presentation.

The other thing which really irritated beyond measure was the lighting. For majority of the performance it was far too dim. Poor Blake was acting her heart out in the half light and seldom was her face properly lit. The lights were brought up - seemingly begrudgingly - when there was a song, or she addressed the audience directly to teach us some of the song etc; but other than that, we were treated to some 'lovely' silhouettes!!!

A lovely touch at the end of the evening was that as we were leaving we were invited to go on to the stage and see the instruments up close. All three stayed on stage to talk to members of the audience too. That was such a lovely idea for such an intimate evening of traditional folk stories, and appreciated by many The one instrument that fascinated me was something I had never seen before, and is a traditional Ivory Coast instrument. It is called a Dodo or Musical Bow, and I have now learnt how to play it - badly!