From the very beginning of this show, you are transported in Pasha's world of dancing, with illuminating insights into his passion for dance which is shown in short video clips along the way.

Pasha's supporting dancers, Marcella Solimeo, Ryan Hammond, James Wilson and Leila Stewart opened the show with a fast paced Cha Cha, at the end of which the lights went down and then suddenly back up and there was Pasha centre stage, beautifully spot lit and raring to go.   He danced quite a saucy Cha Cha with his dance partner, Anya Garnis which certainly captured the audience's attention.

Then came a Salsa to the strains of "Uptown Funk" which could have persuaded even the most adamant non-dancer to get on the dance floor and give it a go. There were some amazing lifts which looked totally effortless.

Interspersed with the dancing were short clips of interviews with Pasha where he answers questions, such as "how good for you is dancing" and "why dance?" - Pasha's answer to the latter being "because you just should". Hard to argue with that one.

The pace then changed to the elegant Foxtrot. Michael Bublé's rendition of "It Had to Be You" was very fitting for the tail suits and beautiful dresses. We were treated to a gravity defying lift and the whole routine was innovative and reminiscent of Hollywood. Just what you want from a Foxtrot.

We stayed with the ballroom dancing for a Quickstep to a big band instrumental, beautifully interpreted by the dancers.

Pasha then took to the microphone. It was somewhat bizarre to hear him say "Hello Stockport!" Apparently we are quite excitable in Stockport, he said. This wasn't disproved by the response to his question posed to the audience which was "how can I prove to you that I'm real" - to which the response shouted out by one "excitable" lady was "come down here".   She had her bluff called well and truly as she was then invited onto the stage by Pasha and further invited to sit on his knee and give him a kiss. She proudly announced to the audience: "he's real!"

Then came a Cha Cha to "Boogie Shoes", then "Kiss" by Prince. This was quite a saucy routine (well the Cha Cha is meant to be cheeky) and proved popular with the (excitable) audience.

Pasha took to the mic again, bringing with him the Strictly trophy which he won last year with Caroline Flack. It's a lot smaller than it looks on the television!

We then had four dances about love: a beautiful and unusual Viennese Waltz which was dramatic and intense with some unbelievable choreography. The lighting changed to red which can only mean one thing: the Tango. We had two of these: a Ballroom Tango and an Argentine Tango. Both intense and mesmerising and again, a little out of the ordinary. The final dance in this set and indeed, the first half, was a Rumba which culminated in a breath-taking lift.

The second half started with a rather testosterone fuelled Samba to a tribal rhythm. In complete contrast, the next dance was a mellow Waltz to "When I Need You".

One of the most dramatic and mesmerising dances of the night was the Paso Doble which was performed to orchestral music which provided the perfect sinister and intense atmosphere. The music stopped at one point to allow the three men to be backlit while they clapped and stamped out a rhythm.   This sent shivers down the spine and the whole audience were completely silent.

The audience were then invited to get on their feet and perform some dance moves with Pasha who picked out two ladies and invited them onto the stage to perform a 'dance off'. These ladies were not shy!

The final dance, performed to "My Way" was outstanding with some amazing techniques and jaw dropping moves.

Pasha presents as a genuinely warm and nice man and it was a delight to see him away from the confines of Strictly and to discover a little of his personality. He is genuinely passionate about dancing and exuded warmth and a true joy in being able to perform before an audience.   We also learned that he is a chocoholic! 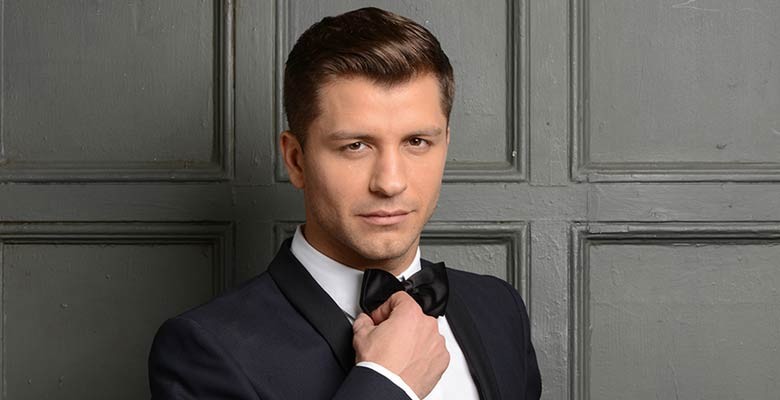