Billed as “The UK’s Biggest Magic Spectacular” this evening’s show was a spectacle of human strength and nerve, of clever sleight of hand, of humour and delights, and many marvelous moments of WOW!

We were delighted by a veritable buffet of magical talent as the audience was taken on a magical mystery tour through the history of magic. We marveled at tricks old and new, artistically framed by excellent set and lighting design from Andrew D Edwards and Howard Harrison. The sound and music was expertly used, by Gareth Owen and Ryan Martin, to create a mood and bring the voice of the ‘volunteers’ to the ears of everyone. And the icing on this cake were the excellent visuals from 59 Productions and the costumes from Marie-Madeleine Sarson. The first class production team evoked the different periods of history perfectly, creating a backdrop for the performers to, quite literally, work their magic.

And what a group of performers they were! The stand out act for me were the very youthful Ben Hart - who stepped into the spotlight when he was named the Magic Circle’s ‘Young Magician of the Year’ at the age of 16. He demonstrated great stage presence, fantastic charm and wit and wowed us with some great illustrations and sleight of hand. From the big to the small Ben did it all!

Another great turn was given by Lee Thompson, billed as a Sleight of Hand Master, he also demonstrated a chameleon quality that enabled him to create character magicians that beguiled and bewildered. His background in physical theatre and the wonderful Cirque du Soleil meant that I couldn’t take my eyes off him, as well as keeping an eye on my wallet, keys and mobile phone! A particular highlight was the group trick, which he got the whole audience to perform, another WOW moment.

Chris Cox, the ‘Mind-bending Mind-reader’, was a bundle of mirth, merriment and “my, oh my, how did he know that”! His quick wit and nerdy demeanor were a perfect mask for a man who really knows his craft and does it extremely well. A very likeable lanky lad who I’d definitely like to see more of. 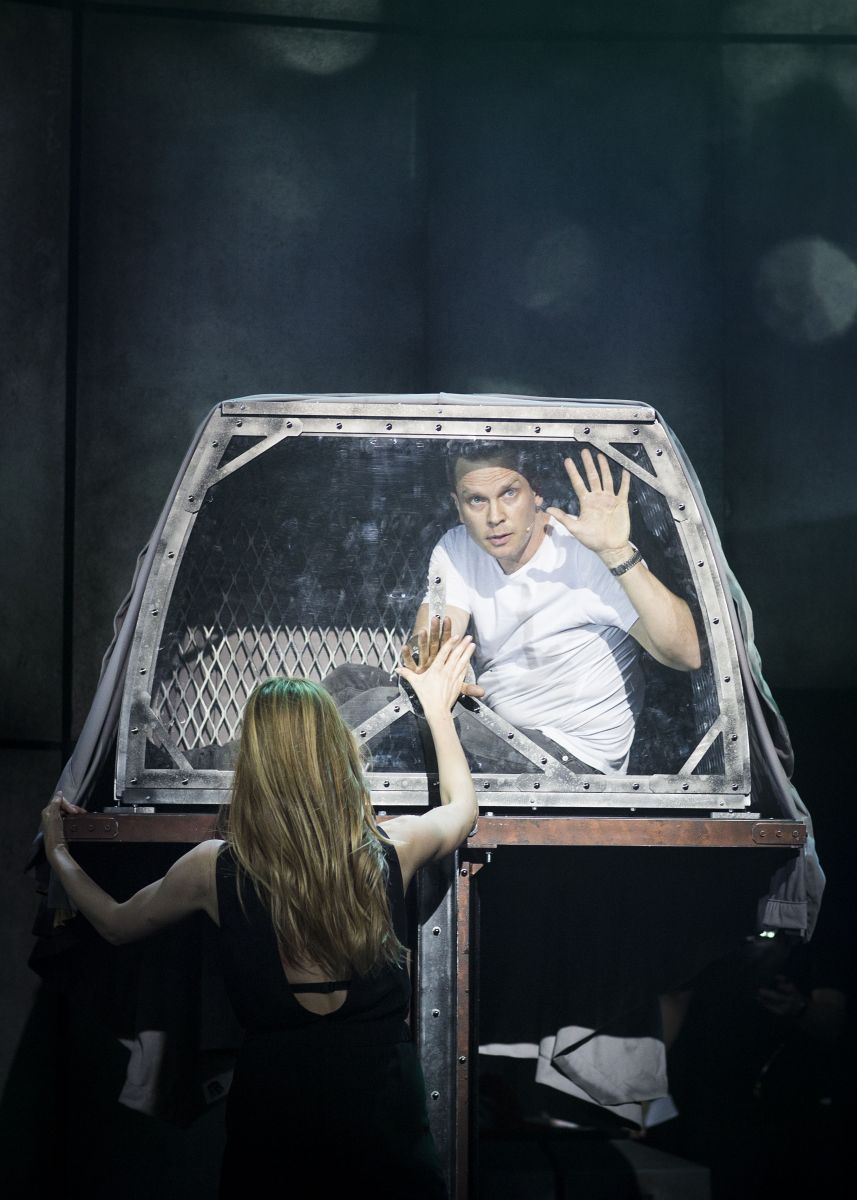 Then I come to the Daredevil, and not the one in the red suit, but the very svelte Jonathan Goodwin. This man shows no fear and demonstrated what the human body can achieve. Special mention has to be made of his equally fearless assistants, I was on the edge of my seat.

Then we have the Smooth Operator and Hip Hop Street Magician, Richard Essien, aka Magical Bones. He had some moves on the dance floor and in his manipulation of cards. He was charming, entertaining and has magic flowing through his fingers and his feet. His fusion of a musical mash-up with crafty card choreography was crazy!

Finally, the delectable Josephine Lee, the ‘Grand Illusionist’. It pains me to say this, especially as I am a great supporter of equality and I would love to see more female magicians; but I found her performances not very grand at all. The illusions she created were fantastic, the one involving shadows was particularly clever, but I felt the scale of them was dwarfed by the magnificent setting of the Palace Theatre and the stella performances from the boys. I recognise that taking this West End show on tour is incredibly difficult, having a theatre you can house set-pieces in is preferable, but I couldn’t get away from the feeling of being slightly underwhelmed.

This does not detract from what was a magnificently magical night and something that was only possible in a live performance. Being live meant real audience participation, interaction and riffing. But it was more than that, we got to experience the visceral nature of live magic: the sights, the sounds, the smells. We felt the heat of flame and the electricity in the air. I personally got to hear genuine “Wows!” from the audience and the wonder in the face of a child next to me.

Magic was definitely in the air tonight, a highly charged evening, a night of wonderment and Wow-ness! Prepared to amazed, go and see this show!