After a successful premiere at the Royal Court Theatre in January 2012, Manchester was in for a real treat with the arrival of this new, astonishing play. Nick Payne's writing is very gripping and although the show is just over an hour you will leave very satisfied with the journey our two main characters embarked on, not realising it was possible to include so much plot into only a short play.

Joe Armstrong and Louise Brealey very much brought justice to their roles as not only were they portraying our main plot but they were also demonstrating the various ways a situation can be dealt with and the reactions to them. The contrast between each scene was very clear with the cleverly constructed lighting and sound designed by Lee Curran and David Mcseveney; these were really handled sensitively and adapted to each theme this play explored.

The plays basic storyline is a boy meets girl classic romantic comedy. Roland who is a very laid back man makes an honest living as a bee keeper who meets Marianne at a barbecue where the whole story begins to unfold. Although the play is science orientated there's no worry that it will be hard to follow as very cleverly Marianne, an intelligent woman who works at the university of Sussex goes into depths with the theory of relativity which covers the moon, sun and stars and plays with the quantum mechanics which covers molecules, quarks and atoms, this conflicts theories which basically as she states we could all be part of a multiverse where at any time several different outcomes can occur at once. I believe this was a fantastic way of leading us to a real climax when we learn about Marianne's illness and her strong attitude she possesses as a result of her profession with Roland very vulnerable to this situation.

The director and movement director Michael Longhurst and Lucy Cullingford did a fantastic job in guiding the actors to an ending result of a very professional and well-constructed performance as the posture and sudden change of voice became apparent to differ between the different situations Roland and Marianne could have been in. The play gives us freedom and the choice to make our own decisions without realising the impact it may have on the rest of our lives.

Who would have thought that from only one relationship many doors open and the possibilities are endless! This production certainly makes you realise that there are choices and actions we can make to our own lives to benefit ourselves without regretting any decision. One line that struck me was "will you marry me?" Marianne's different reactions this question really portrayed these choices and if you believe in destiny this production is a must see. 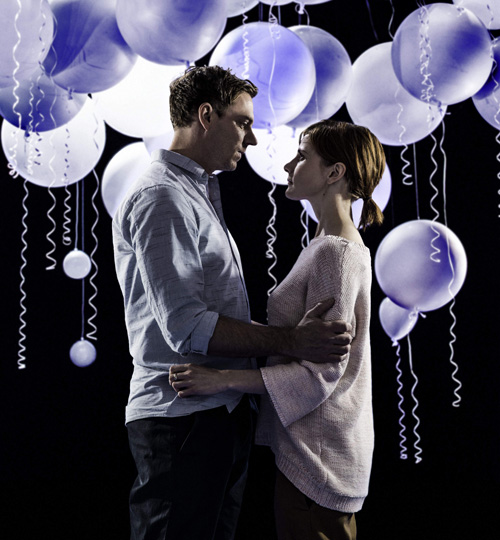