Review: Beyond Cragporth Rock @ The Lowry

The lights rise upon a bizarre sprawl of bodies. Six sisters - leader of the pack and eldest Belinda (Jesse Dupre), second in command Cordelia (Eleanor Beaman-Brinklow), Edith (Elena Costanzi), tomboy and joker Oscar (Catherine Self), eccentric knitter Verity (Sophie Taylor) and youngest innocent Maggie (Anna Plasberg-Hill) - living in a ramshackle cottage on the edge of an eroding cliff, explain differing versions of their mutual demise. Beyond the four walls lies a nightmarish, futuristic world of 2039 plunged into dystopia by economic crisis. Afraid of the outside, the sisters live in constant fear of faceless foes and unspecified attacks. Here we find them ten years later, fresh risen from their own deaths to tell their bizarre, back-to-front story.

Based on an original idea by Ally Cologna, who also directs and devised with the company, inspired by Doris Lessing's The Memoirs of a Survivor, this show is laugh a minute in parts but with a dark sense of humour. 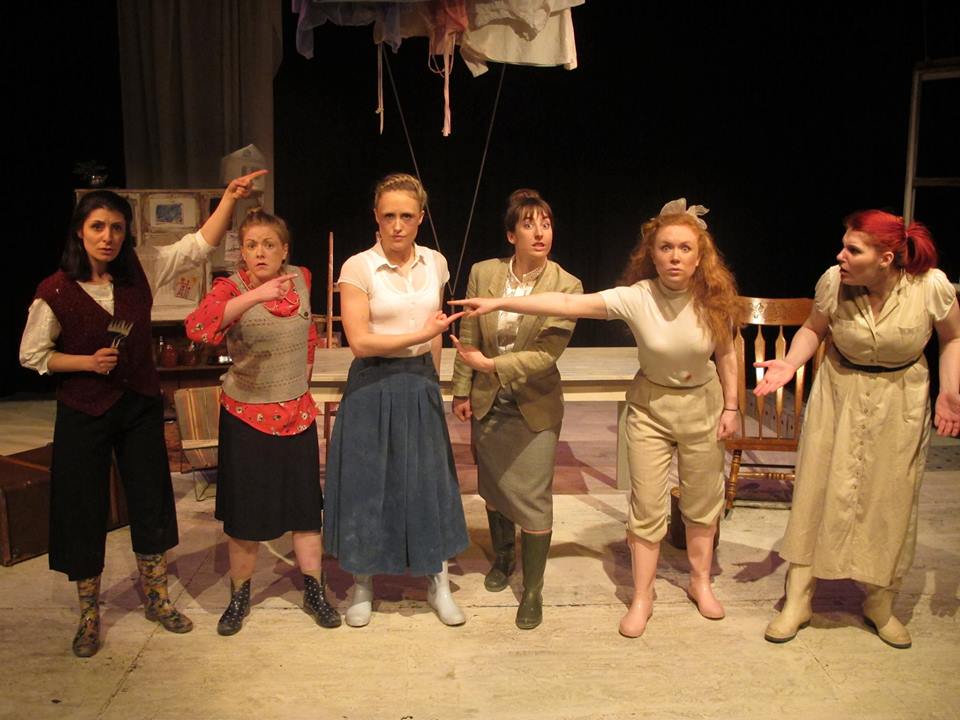