Pact With Pointlessness - The Lowry, Salford

“Why are we here?” - the first thing that pops out of Wendy Houston’s mouth during her show at the Lowry. I asked myself that question many times during this performance. However, as the show went on it became clear that Houston is trying to convey that everything in life is pointless. So pointless in fact that there were times when she felt unsure if she should be there.

Houston is definitely a courageous performer - not many people would be able to pull off what she does. In a world where theatre is dominated by ensembles, she chooses to work alone. It is nice to see an older woman onstage, in what is generally seen as a younger person’s job. 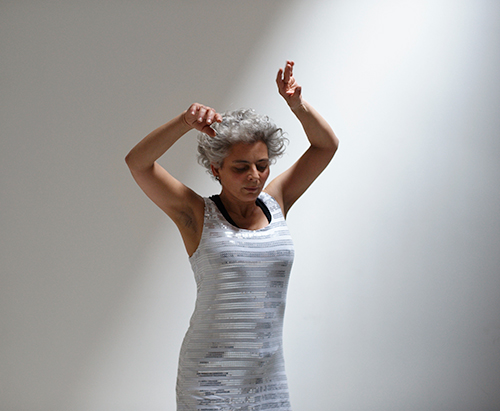 This has to be one of the most bizarre and random shows I have ever seen. The show starts with Houston running around in a circle for a couple of minutes. It slowly moves on to Houston struggling to adjust a microphone stand to her height and having to stand on a chair to reach it.

During the performance Houston rambles on about a whole of pointless topics. However, she is constantly interrupted by a whistle or something going wrong. This seemed to be a reference to society’s obsession with being normal and being afraid to stand out.

Overall this piece is just plain weird. There were times I didn’t know what I was watching but others that were quite humourous. It clearly struck a chord with some members of the audience who were howling with laughter.