Co-written and co-directed by Hannah Barker and Lewis Hetherington, Stowaway explores the story of a man frozen to death under the wheel arch of a plane trying to escape to a better life. The news is, frighteningly, full of examples of such tragic stories, of those so desperate to find something more than poverty and degradation that they risk clinging to the underside of a moving vehicle thirty thousand feet in the air.

This play turns away from the current hot topic of the immigration crisis, instead drawing focus to an equally important issue, that of modern-day slavery. The plot cuts between the story of Aditya (Devesh Kishore), the man under the wheel arch; Andy (Stephen Rae), the man who witnesses Aditya’s gruesome fall to Earth; and Lisa (Hannah Donaldson), the writer who was on the flight Aditya attempted to stowaway on. This chopping between several different plotlines made the short play seem a little clunky and did affect the pacing, meaning that several emotional moments lacked punch as they were rushed over. Equally, perhaps a little too much time was spent on Lisa justifying her right to be involved in the story, which, while a pertinent question to answer, did sometimes feel as if it were taking away from the important issues being raised.

Overall, the production was very well acted and expertly directed, with the music score, composed by Philip Pinsky, perfectly in tune with the emotions of the production yet understated enough to not overwhelm them. The elements of physical theatre, directed by Kane Husbands, also deserve a mention, which were smoothly woven into the storytelling culminating in a beautiful yet harrowing final tableau. Despite the issues with pacing, which did detract from emotional moments, Stowaway is certainly a worthwhile and thought-provoking production. 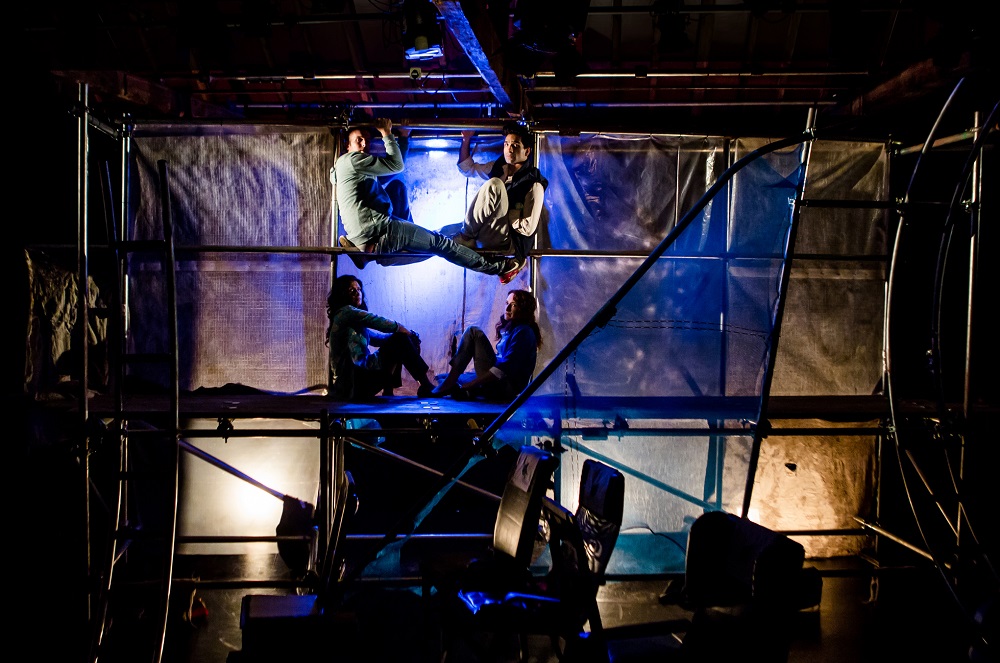