noseR is a brand new start up musical performed at Hen and Chickens Theatre. Co-written and directed by Lily Smith and musical director Luke Leighfield. noseR is unlike anything you would have ever seen before. It follows Melodie (a professional nose) and her nose as they venture from France to England in order to bag their dream job at the headquarters of noseR; the world's first app to send smells instead of emojis.

The choice of venue at first is questionable, the stage is bare, small and the band Steve and the Jobs , take up a portion of it. It is the typical black box space, although with a mysterious red lighting to start with. However, as soon as the show starts it becomes cosy, intimate and rightly suited to the performance.

Lisa Lynn, who plays Melodie, convincingly holds the French accent throughout and manages to portray her as the sweet and genuine character who you automatically root for. As well as a natural flair for comedy, Lynn also holds her own when it comes to the musical numbers. 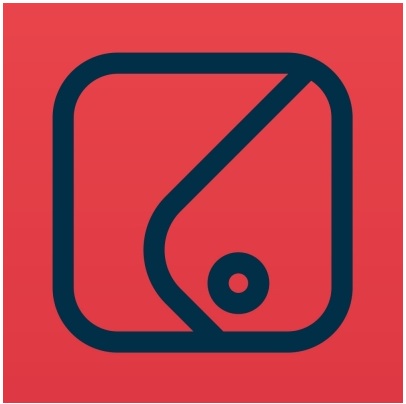 I’m leaving Blue is a particular number to look out for, Leighfield manages to find the right balance between comedy and “feels” in this song which is sung between Melodie and her nerdy, tiny and a bit odd love interest; Blue. Which of course in true musical fashion, happens within the first 3 minutes of them learning of each other's existence. Lynns vocals are particularly strong in this number.

noseR never falls short on audience interaction, cheesy puns and modern references - especially for the millenials. Tom Wateracre is full of “banter” in his portrayal of the constantly “bantering” boss of noseR who reminds us all of that Dad who is desperate to be “in with the kids” and yet ends up saying words like “groovy” just for the pure “bants”. Additionally, Wateracres switch into socially awkward cab driver is slick and believable, and becomes a consistent cameo appearance throughout.

An element to noseR that makes it stand out, is the strength of the ensemble. Although not the strongest singers and dancers, the comedic timing, versatility and inability to take themselves too seriously is refreshing. Smith is clever with her direction on self-awareness - the characters seems to be aware of their existence within the musical realm and frequently announce they are about to burst into song. Enhanced by the ensembles deliberate unenthusiasm, sarcasm and mockery, the comedic element to this musical is genuinely funny.

Costumes throughout are bright and colourful and the use of props (on sticks) are innovative and at times genius. Unfortunately, although noseR is described as a “multi-sensory experience” there is no vast array of smells circulating amongst the theatre. That aside, I found myself disappointed when noseR ended, I would recommend it to anyone with a dry sense of humour or who needs a night out to unwind and big belly laugh.