‘Macca: The Concert’ is a jam packed stage show that celebrates the music of Paul McCartney during both his solo career and his time with the Beatles. As this concert celebrates its one year anniversary tonight in Floral Pavilion Theatre, New Brighton, it still appears fresh, authentic and entertaining as ever.

Having seen ‘Let it Be’ a few years ago, I knew I was in for a treat with west end leading man Emanuele Angeletti taking back to the stage as frontman ‘Paul McCarthy’ and he did not disappoint!

The show starts by bringing us back to the 1970s with hits from the ‘Wings Over America’ tour and a number of the Beatles biggest numbers. Not only does Angeletti looks the part in his silky trousers and shiny shoes but he also sounds fantastic and sings through the songs with ease and quality.  This continues through to the second half where Angeletti changes into a classic white shirt and braces combination to showcase some of Paul’s later hits and collaborations. 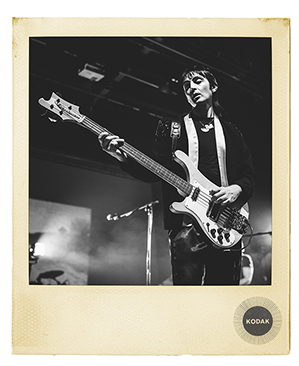 Angelletti is superbly supported by a first class band of professionals who showcase multiple gifts with instruments and singing during the performance. A personal highlight was the high standard of the beautiful harmonies achieved when a combination of voices from the band came together – they were seamless, melodic and if you shut your eyes, you would think it was a track that had been perfected in a recording studio for a long time.  The variety from this show is a massive selling point as the band demonstrate wonderful drama and wow factor during songs such as ‘Live and Let Die’ but equally show their talented diversity when singing the delicate and sweet ‘Blackbird’ and ‘Here today.’

The sound, lighting and use of digital film and photo added another layer to this production as a whole and turned this ‘concert’ into a whole ‘experience’.  By the end, the audience were on their feet dancing, singing and clapping to the favourites –‘Back in the USSR’, ‘Get Back’, ‘I Saw Her Standing There’, and finishing with the much loved ‘Hey Jude.’ 'Macca: The Concert' has been travelling around the UK and Europe over the past year and certainly received a wonderful reception from me and all of the audience in New Brighton tonight who were proud to be celebrating the music of a local legend on the shores of the river Mersey-  the home of Paul McCarthy. ‘Macca: the concert’ continues to tour until April 2018 – Ticket available via their website http://www.maccatheconcert.com/