Government, Religion, Belief. Who is right and who is wrong?

‘Made by Storyhouse’ return with the Arthur Miller classic the Crucible.

We enter a town that is filled with religion, poverty, intensity and a sense of claustrophobia.

A town nearby have already hanged people for what they believed to be witchcraft and in a time of deep insecurity lead by cracks in the discipline of the church, through political manipulation the powers that be take things into their own hands to rid the town of anything they feel is different. The town is very cult like, with the women dressing in a certain way, all the same and they were treated the lowest of the low. It was the government, followed by religion then men and finally women at the bottom of the rung. 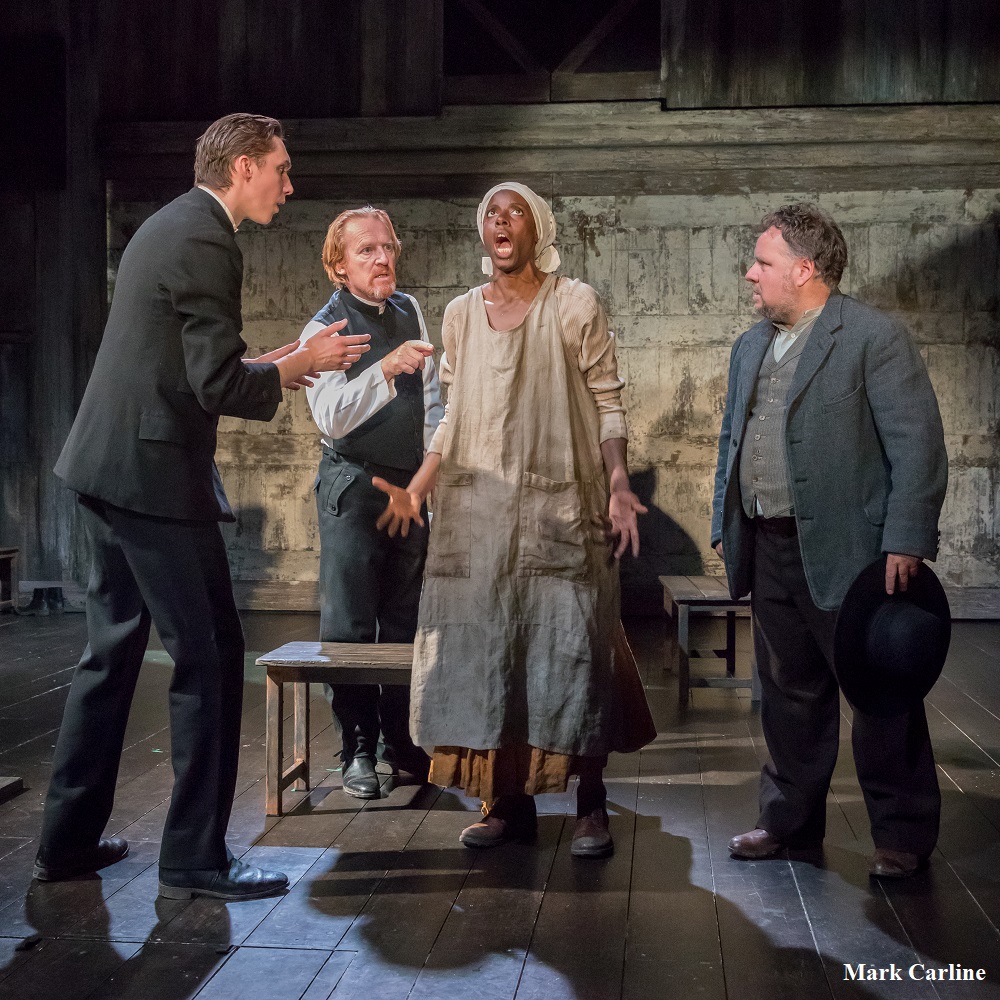 We open with a group of teenage girls dancing freely in the woods while Tituba sings her songs. But is this just innocence or is there a deeper meaning? The girls want to be free from the rules and the ‘ties’ that constricts them but when they are caught they have to cover what they were really doing which triggers a huge turn of events finding 19 of the locals hanged, one man pressed to death and over a hundred jailed.

Director Geraldine Alexander has brought a new feel to this play while keeping its heart and soul where it needs to be, making it more accessible to the audience by using a northern dialect and keeping the scenes and scenery simple and in turn allowing the story to open and tell itself.

The set seemed very simple but on closer inspection it was very clever, allowing different levels to be used to lead us to believe we were in different rooms, an attic bedroom, a kitchen, a jail house. Jess Curtis has created an incredible piece of set that really closes you in, again that sense of claustrophobia and a focal point for things to combine and come together at a high temperature, like a melting pot – a ‘Crucible’ with the occasional opening of the huge barn doors which opens another world, a moment of power. This is intensified by the simple, yet extremely effective lighting created by Chris Davey.

Costume also created by Jess Curtis was perfect for the era, practical and showed the poverty and repression of the time. The women wore aprons which were cleverly created with ties at the back showing how the women were tied up and put back to where they were thought to belong.

This play was brought together by huge cast of 18 who all played there parts wonderfully with standout performances from a few. Tituba played by Natasha Bains created a great opening atmosphere, singing her Barbados songs and was the first to confess to witchcraft through a very dramatic scene in the bedroom. Eleanor Sutton played a wonderful Abigail, a young, revengeful teenager who has loved and been thrown to one side by John Proctor. Sutton was deceiving and forceful in the role and came across perfectly. Leigh Quinn as Mary Warren was perfection, young, innocent and seemingly naïve but when it came to the courtroom scene she completely let go and you see a completely different side to the character and Quinn shone in this part, full of drama and passion.

Matthew Flynn as John Proctor was central to the story, a religious man but through personal choices and opinions, was brought down and learnt his lesson. Flynn was full of passion, giving everything to the role and has you changing your mind about the character numerous times.

The Crucible is a dark, hard hitting and emotional play but it makes you think of what happened not only in the past but also what is happening currently. What politics and government says over rules all and sadly ‘A person is either with the court or must be counted against it, there is no road between’ showing that not a lot has changed between the late 1600 and now.