Nicholas Nickleby was published in 1839 and is one of Charles Dickens’ more light-hearted novels including some romance. In this book Dickens also tackles the social injustices of the underclasses and the cruelty dispensed by the character ‘Wackford Squeers’ whom it is believed, was based upon a real Schoolmaster.

The play begins in the schoolroom where we are introduced to Nicholas Nickleby (James Goodall), Wackford Squeers (Luke Stevenson), Mrs Squeers (Christine Unwin) and the schoolchildren including Smike (Andy Loxham). During this scene we learn that Mr Squeers is ill educated and completely unequipped to run a school. The children are generally unwanted and the Squeers’ charge a high price to the parents to keep them out of the way. Smike is older than the other children and is an unpaid servant and grossly mistreated.

We learn that Nicholas is to assist Mr Squeers at the school following the death of his father and his family’s pecuniary troubles. His Uncle Ralph (Keith Oldham) had no wish to help his late brothers’ family and found Nicholas this low paid job. 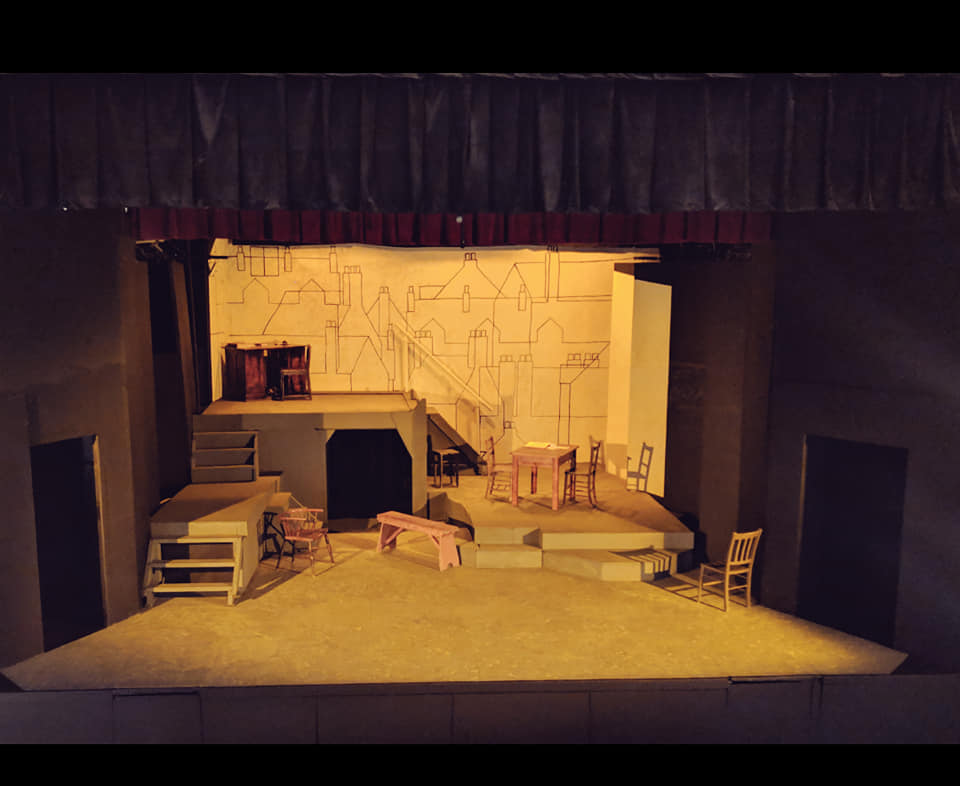 Nicholas immediately hates the school and has to rebuff the affections of Mr Squeers’ daughter Fanny (Chelsey Sayward) who takes exception to his refusal.

In the meantime, Nicholas’ sister Kate (Tallulah Howarth) is found employment by Ralph Nickleby with a milliner, Madame Mantalini and with her mother, they move into a dismal house.

Nicholas finds he cannot stay at the school and in his own mind is planning to leave. Smike runs away but when he is found has a beating from Mr Squeers which is the final straw for Nicholas and he retaliates. Mr Squeers is badly beaten by Nicholas and he and Smike seek refuge with Mr Noggs (Ralph Nickleby’s assistant) whom has previously offered help.

The original Charles Dickens story is packed full of differing characters and this paired down adaptation certainly works for the stage. The sheer number of characters involved even in this version of the play can make it difficult to develop a sense of getting ‘under the characters skin’ and conveying this to the audience.

The set design, whilst being very professionally finished did sometimes feel a little too ambitious. Due to the number of steps included in the design we heard their footfall which sometimes impeded the delivery of key lines of the play. I would also question the use of the under stairs as an entry and exit route due to the actors needing to ‘duck’ when entering and leaving the stage. Sound projection could also be improved, and parts of the dialogue was lost when lines were muttered which meant the thread of the story could be lost.

Overall, MADS produced a very enjoyable, albeit challenging production and I think a round of applause should go to the Cast, Creatives and Director for their commitment to produce good quality theatre.

The play runs from 11th to 16th March 2019 and tickets can be purchased from https://www.madstheatre.org/mads-tickets.html