From a rather grey evening in Crewe, the Acton Amateur Operatic Society’s second evening of Showstoppers (the first took place in 2018) stopped the world, just for the evening, and transported us all on a journey of pure imagination. From Willy Wonka to Fagin and his band of street kids, from Calamity Jane to Evita, and from Barnum’s circus to the world of Dr Seuss, the members of Acton AOS sang and danced us through a variety of stage and screen musicals, with different members of the company leading each number.

I really enjoyed the wide range of songs included in this concert, and it was refreshing to see some bold and different song choices that allowed the cast to showcase their talents and their love of great showstoppers. Despite being an unstaged production, I was extremely impressed by the storytelling behind the different numbers. It can be so difficult in a gala-style concert to make individual songs carry as much meaning as they would in context, but each performer had clearly worked hard to understand the background of each number and to tell the story to the audience. 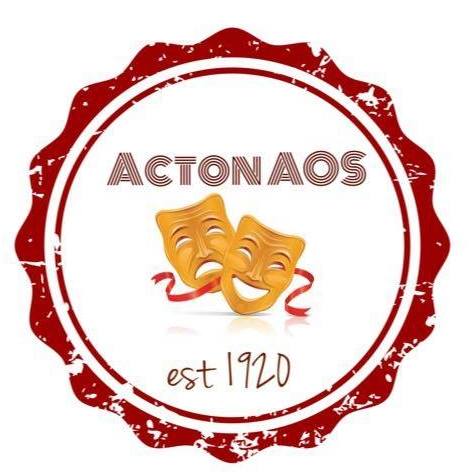 After opening with a visit to Charlie’s chocolate factory, we heard a selection of songs from Calamity Jane, followed by Chess and Evita. A trip to the streets of New York City with West Side Story then led into the hit screen musical The Greatest Showman. After a short break, the showstoppers continued with songs from Oliver, Blood Brothers, Fiddler on the Roof, Beauty and the Beast and Singing in the Rain. Finally, it was the turn of the younger members of the company to shine, and shine they did, as they performed extracts from the Ahrens & Flaherty musical: Seussical. Despite microphone issues, the young people performed with energy and ability, and I am pleased to say that the future of musical theatre is in good hands. The show closed with some of my favourite tunes from Les Misérables, and an encore of Close Every Door from Joseph and His Technicolour Dreamcoat.

For me, the stand-out performances of the night came from Catherine Baddeley in Don’t Cry for Me Argentina and the unidentified female soloist who sang Another Suitcase in Another Hall. While the evening was ably compered by Adam Goode, it was disappointing that more of the members weren’t given individual credit for their achievements; although I suspect that was because so many of the audience were family or friends of members of the Society. The only frustration throughout the evening was the recurrent problems with sound, which meant that some of the leads were difficult to hear at times. Having said that, the vocal power of the ensemble with only background microphones was impressive and should be applauded. The lighting design was also more involved than I would have expected from a one-off concert of this type, and really helped to highlight key moments in some of the songs.

Acton AOS has been providing entertainment and a creative outlet for its members in South Cheshire since 1920, and will be celebrating its centenary next year with a production of Singing in the Rain. From the talent in this production, I am already looking forward to the birthday celebrations in 2020… and the next 100 years!

For more information about Acton Amateur Operatic Society and their upcoming events, visit their website at https://www.acton-aos.com/