Mark Steel: Who Do I Think I Am - The Lowry, Salford

What you don’t get from Mark Steel is any sense of distance from the audience or standing on ceremony. What you do get is a man doing an impression of an average bloke from South London walking onstage and telling you what he thinks about life.

Then he invites you to join in. “Wot jew fink makes you wot you are? Nature or…. Yerrupbringin?” The audience says it’s the latter. As soon as he’s got their attention he gets them on his side “I woz adoptid” That all you get but it drags you in and gives shape to what would other be simply amazingly compacted riffs on growing up on a housing estate over the river “Where there’s nothing- just one pub for 30,000 people and the only leisure activity is petty crime.”

The only other times I have heard Mark Steel he has toured all sorts of unlikely places in the UK and addressed them on how their neck of the woods looks to the rest of the Britain. It is hilarious affectionate humour from a man with no pretensions at all. 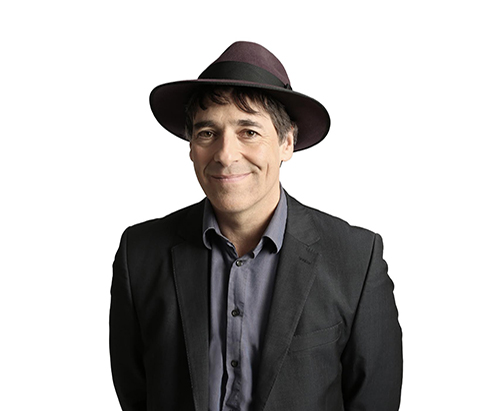 Now and especially in this show he has found out about his birth family and with the innate ability of a natural comedian he has incorporated that information into his one man show.

He finds out his real father was French, and later that he was an Egyptian Jew, that his mother couldn’t go back home until she had given him away, how easy that was and how her family never spoke about “the Wain” who she never saw again.

But this is not self pity, in fact the riff on his adoptive mother and father is beyond funny it is deeply hilarious and honest- his dad would take him to the cricket, settle him down with a sandwich and come back four hours later from the beer tent to drive him home “ an’ ‘e was an insurance agent!” His mum was completely normal – telling him he was no good and threatening to take all the pills in the ‘ouse every time there was a family row.

There was a point to the monologue “You are who you are because of who loves you and who you meet” and during the second half of this brilliantly scripted and delivered monologue we all got the point. The build up and denouement just before the end of the show was real life drama at its peak.

Go and see him any time you get the chance. He is a brilliant raconteur an excellent mimic and ordinary unpretentious South London bloke.