Jarlath Regan is a man approaching mid-life that has realised that those in ‘authority’ do not know any more about life than he does. He tells tales of how he realised that his parents were ‘blagging it’ and how he intends to do the same.

The Irishman who now lives in St Albans cleverly compares Brexit to his mother’s parenting tips - they can give you all of the advice in the world, but you’re not going to take any notice and are still going to do what you want.

Obviously, Brexit is the main topic of 2016 and Regan’s show does not pass without a mention of it. However, he points out how good the UK had it in the EU, how the country has still managed to retain most of its historic traditions, despite being part of the Union. 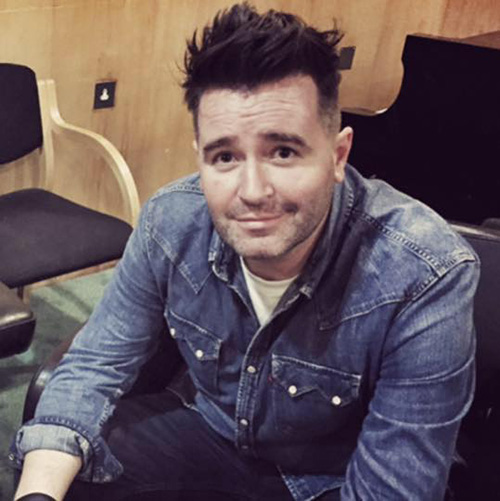 He goes on to state that Britain in the EU was a bit like the child in the class that didn’t have to wear the school uniform, making reference to all the special agreements the UK had in the EU. He compares how being part of the EU has improved the train network in his native Ireland, whereas the UK have not witnessed the same changes. Regan states that trains in the UK should come with faces on them like in Thomas the Tank Engine, so it would at least look a bit sorry when it arrived late.

Regan then goes on to tell the crowd about his upbringing in 80s Ireland, where his mother would leave him to roam the supermarket while she did the shopping. Even prepping him with what to tell the staff when (not if) he got lost.

Despite the mainly humorous events of the night, things do take a more sinister tone when Regan speaks about receiving calls from family in the early hours of the morning. Like anyone else would think, a call from a family member at that hour usually means something serious. However, he is relieved when his sister calls him to tell about their father’s online activity.

Regan then goes on to tell the audience about how his wife bought him a gym membership and so not to feel completely useless on his first visit, he lies about being in a car accident a few months prior to joining. Since then he is viewed as some sort of a hero for managing to lift over 5kg.

Jarlath Regan’s style is like no other comedian I’ve seen, he is gentle and genuinely seems like a lovely guy. However, he is not afraid to say he makes mistakes in life and that makes him only human.