Shappi Khorsandi: Oh My Country! From Morris Dancing to Morrissey - The Lowry, Salford

Now in her 40th year of living in the UK following her father's exile from Iran, 'Oh My Country! From Morris Dancing to Morrissey' is Shappi Khorsandi's love letter to her adopted homeland.

England and what it means to be English forms the core of her material for this show. Khorsandi is quick to acknowledge her own unabashed patriotism whilst simultaneously unpicking the problematic nature of such a concept, from the origins of Morris dancing, to Queen Elizabeth's ancestry, the irony of having French words emblazoned on the front of the British passport, and a pithy putdown on the Englishness of tea.

It seems that defining Englishness is quite the tricky business, although an anecdote describing the disastrous reception she once received in Belfast suggests that perhaps you only truly know you're English by who hates you.

Sharing stories of her life in England, from her first experience as a small child of being told to 'go home' by skinheads in the street, to discovering her idol Billy Bragg and realising that it was in fact possible to be both patriotic and 'not an arsehole', Khorsandi is warm and engaging, whilst nailing perhaps that most of English of qualities, self-deprecation.

Her style leans towards the theatrical. Her exaggerated impersonations of her two children - her three year old daughter who she describes as the manifestation of a mad middle Eastern woman, and her eight year old son who has a penchant for eating potted beef on white toast whilst singing Jerusalem - are particularly amusing.

The themes of asylum and refuge, the challenges and pitfalls of navigating two cultures, and making a home where you are not always made to feel welcome could not be timelier in the wake of an increase in racially motivated hate crimes following the EU referendum, the media's coverage of the conflict in Syria, and the alarming rise of white nationalism in America. But Khorsandi is pragmatic, arguing that hateful and malicious people have always existed; they have only become more emboldened to speak out in public.

Despite her negative experiences, she still seems proud to consider herself English and holds her British passport - and the freedom and protection it promises and affords its bearer - with a reverence and respect that many, myself included, may take for granted. Amongst the laughs, it's a privilege worth remembering. 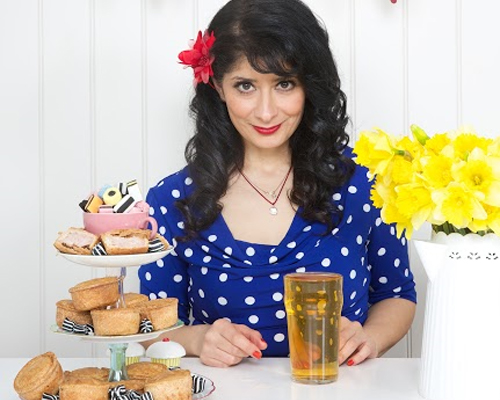