Stand-up comedy got a much needed boost in the noughties with the very popular comedy show 'Live at the Apollo' being beamed to households across the country with many comedians capsulising on this new audience boost, one such comedian who I first saw on the show was Stephen K Amos and I've come to the Lowry Theatre to see what he's like in the flesh.

Stephen's latest tour is titled 'World Famous' and it's a title which is actually justified with the fact that Amos has been touring Australia, the UK, Europe and even the Seychelles in the past year and on the whistle stop tour, he's found time for good old Salford.

As Stephen bounces onto the stage, he immediately made the audience feel welcomed, his style of comedy is not to shock or to insult, but just simply to make people laugh and have a good time and that's exactly what happens. Stephen, originally from South London; brings spirit and humour into the most everyday situations while telling some terrific stories along the way. 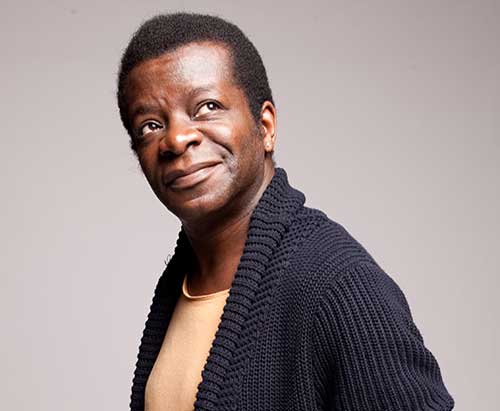 One thing which sets Stephen above other comedians is his ability to work an audience and get them to be part of the show, we had lots of characters coming at us tonight at the Lowry, one on particular was Barry who by the end of the night had developed a catchphrase and got his time in the spotlight, something made possible by Stephen's relaxed informal style of comedy.

From talking about his trips to Australia and being interviewed on their national TV to stories about his childhood and singer sewing machines, its comedy for all the family, with a wide range of ages enjoying the show in Salford.

Amos goes on to talk about social media, the internet, trolls and casual racism, it's all very funny, and not offensive at all (Stephen not casual racism).

The crowd was a smaller more intimate crowd than what he's used to and I feel this was somewhat of a warm up/work on progress gig with the probable announcement of a bigger gig in the city coming up and from what I've seen tonight; I definitely recommend it, a great night out and to put it in the man's word himself, we were 'Laughing together! That’s what it's all about'.

Verdict: A great night with big laughs all round.