The Studio theatre at the Lowry was packed on this Wednesday night for Daniel Sloss and his unique brand of ‘dark humour’ certainly didn’t disappoint.

Supported on this tour, as in previous years by Sloss’s flatmate Kai Humphries this is a two hour plus evening of at times controversial comedy, or is it?

Humphries begins the evening talking about his roots and growing up in Blyth near Newcastle. A ginger kid bullied at school he even took the bold step of producing his school photograph to illustrate just what he looked like back then. Now with an attractive girlfriend, to which he proudly admits punching well above his weight this ginger kid has made a success of his life.

Amongst a myriad of stories the highlight of his set was the extra chapter he had written for 50 Shades of Grey which sent the audience away to the interval with beaming grins on their faces.

On the Lowry website Sloss is described thus, “Daniel’s sold out 7 consecutive Edinburgh Fringe seasons, has made TV appearances including ‘Sunday Night at Palladium’, ‘Michael McIntyre’s Comedy Roadshow’, ‘Russell Howard’s Good News’, ‘Conan O’Brien’ (4 times in one year - the first stand-up ever to achieve this), had his own BBC show, co-created online sitcom M.U.F.F, gave a ‘Tedx’ Talk, has toured extensively throughout UK, Australia, USA, Europe, won a few awards, released a live DVD and is currently working on his pilot for Warner Brothers Studios….”

Sloss opens by telling us how he came to the title of this tour “Dark” and questions what is and isn’t acceptable in comedy. Reading from a letter he received from a disgruntled audience member on his last tour Sloss picks at every point made and argues what is right and wrong. I have to admit I found myself agreeing with most of what he said.

When is it appropriate to laugh or make jokes about religion, sex and disabilities? Being somewhat of an expert in two out of three of these categories, a family member was (is) a minister and his sister disabled, Sloss recounts stories that are hilarious at points whilst pushing the boundaries of taste to the limit.

His stories pertaining to his younger sister seemed funnier as he was talking from experience and not just trying to get a cheap laugh. The car crash they were in as children being particularly funny. But as well as the humour there was a great deal of sadness within these stories and at one point the whole room fell silent in a moment of reflection rarely seen at a comedy gig.

Love him or hate him, Sloss has a unique and refreshing style about him with the way he delivers his comedy. An impromptu question and answer session at the end of the gig with flatmate Humphries returning to the stage saw the pair descend into recalling each other bad habits and misdemeanours.

In week 2 of a 70 date tour, if you get a chance to see this show live it is well worth catching. 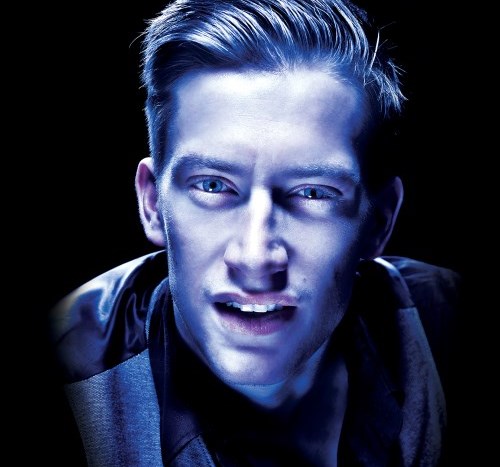