What a very pleasant evening's entertainment in the company of the extremely personable Mr. Hamilton!

For those of you who don't know who he is; and I have to admit I didn't know very much about him myself; then he is a TV comedy writer (Drop The Dead Donkey and Outnumbered); a Radio 4 regular (Old Harry's Game and I'm Sorry I Haven't A Clue), and makes regular TV guest appearances on 'Have I Got News For You' and 'QI'.

What he isn't renowned for though is as a stand -up comedy performer, and so it was with just a little trepidation I took my seat last night at The Lowry, wondering how he would be able to fill the evening. I really need not have worried at all. From the moment he walked on stage I knew that I was going to be watching a very intelligent and likeable man who would, through his anecdotes and observations, keep me enthralled for the entire evening. In fact, he stood and chatted to us for two whole hours with only a short interval break between. That's actually more than most A-list comedians would do on their tours!

Here is a laid-back, slightly laconic, slightly cynical, slightly tongue-in-cheek, slightly angry, but never vulgar or rude (not even when he had to be) gentleman who railed intelligently about modern life and the changes that modern life has brought and wrought on society. He could be considered a cross between Dave Allen and Dave Gorman in this respect. His conversational tone and observational humour belonging to the former and his take on modern society more in keeping with the latter.

There are no fancy costumes, no silly walks, no gimmicks. Here is a Ronseal performer - he does exactly what he says on the advert. He stands on his heels and relaxes through his recounting, rather than what seems to be, sadly, a modern trend of standing on the balls of your feet and shouting at the audience.

This is however, a show that would appeal to only a certain percentage of the population. His material and the references he makes to politicians and prominent people and events of the last few decades would go over younger peoples' heads. If you are under 40, then perhaps this isn't the show for you.

I know this is completely out of Mr. Hamilton's control, but at The Lowry the show started at 8pm which was, I suggest, just a little late. This meant that it finished at 10:30pm, and for those of us who have to use public transport to get home, this is not ideal. However, he continues on his tour now to appear in various places up and down the country over the next month; but if you want to catch him here in the north - and I certainly recommend you do - then get yourselves over to Halifax this evening or to Leeds on the 1 November; you won't be disappointed. 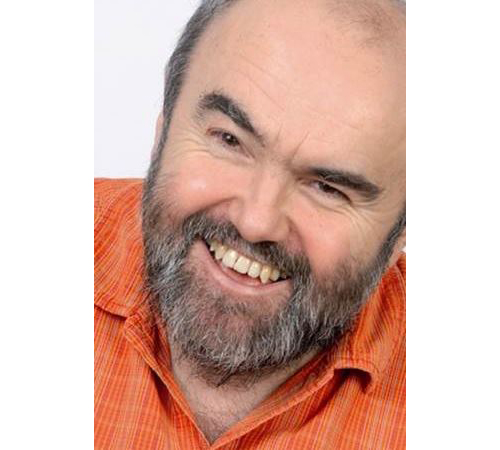