‘Touch Trolley, Run to Galley’ is the 20th anniversary UK tour for the comedy icon that is Pam Ann (alter ego of Comedian Caroline Reid).

Pam Ann has developed a global cult status amongst her devoted fans and her new celebration show starts positively with a video montage of her previous shows and iconic comedy gold moments of which her fans are very familiar. An intended introduction the video actually quickly highlights that this new show is pretty much the same comedy that Pam Ann has delivered for the last 20 years with very little variation. In fact, it is fair to say that many of her previous shows have been much funnier and this tour lacks originality. 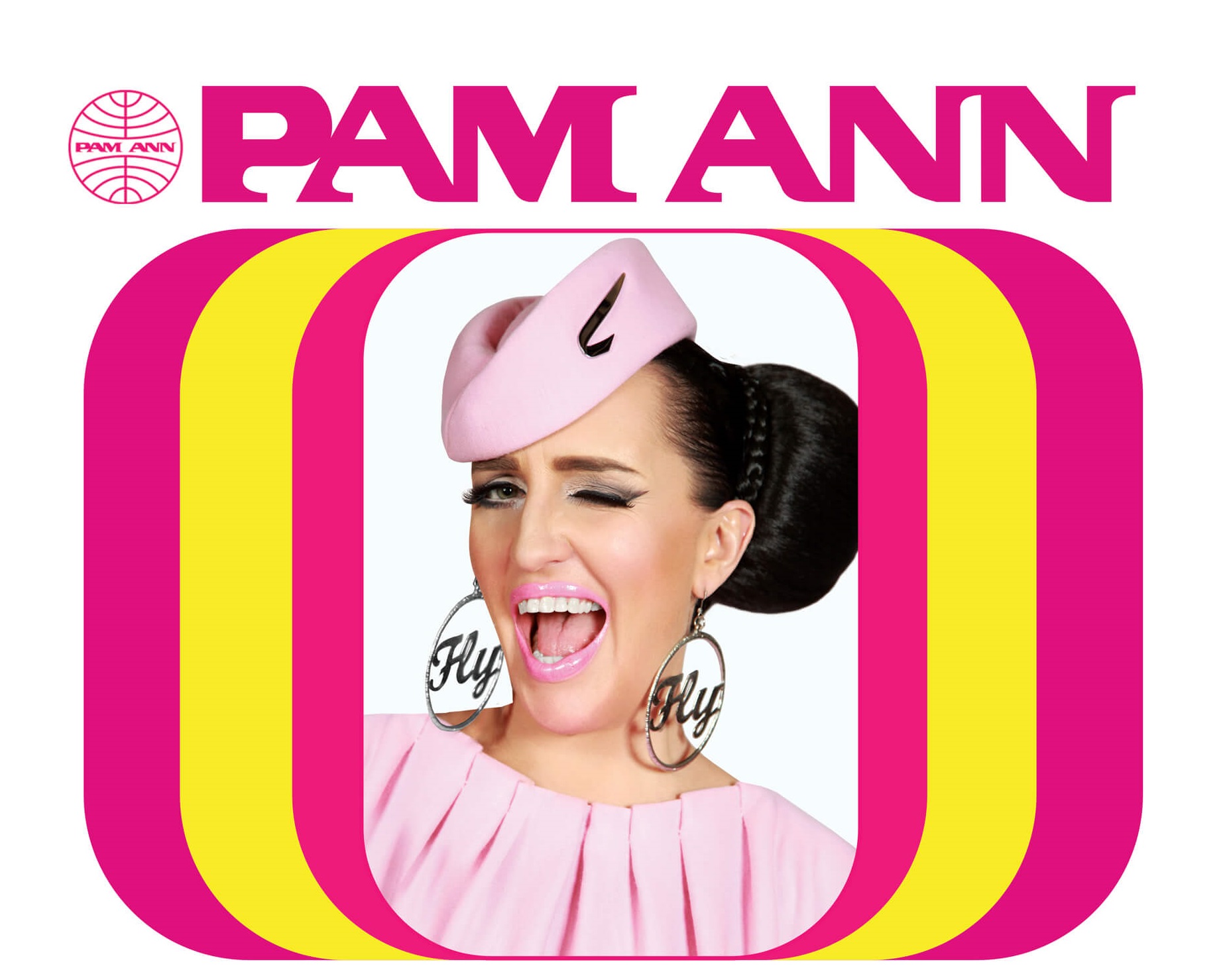 Over the last 20 years, Pam Ann has developed a skill for delivering unscripted comedy based on the participation of unplanned audience members. She loves “her gays” and of course bounces off the inevitable cabin crew audiences. However tonight that seemed to be lacking, and the comedy felt disjointed and at times failed to fall well with the audience especially as at the start of the show when, without any real warm up she picked on four audience members to join her on the stage to create a new Spice Girls band. The first “volunteer” was a “hungry gay bottom” (Leroy) who also works as Cabin Crew so Pam Ann was in her element with the delivery of her one-liners. When Leroy also announced that he works for Easy Jet, Pam Ann was in her element. However, moving down the line to the Care Home Manager and the Call Centre Worker it was easy to feel that the humour was fast sinking. I wished that she had picked on four Cabin Crew so that we were guaranteed some harsh put downs and quick one-liners. I guess that is the luck of the draw though and Pam Ann did her best with what she had to work with.

There was definitely something missing in the first half. Pam Ann threw in some new material about the current issues relevant to the airline industry: bad treatment of passengers by United Airlines; failed IT systems for British Airways and some jokes about Airbus but these were short and mixed in with the rehashed familiar jokes that she has delivered many times before. Act one then ended abruptly with the announcement of an in-flight presentation which was a cleverly devised film clip, in which we see Pam Ann taking over from Mary Berry in the Great British Bake Off tent. It’s extremely funny, but incredibly lazy. In the past, Pam Ann would have performed this section live, so I was left wondering why I was watching a film screen.

The second half delivered many jokes over the cabin trolley, laden with champagne and cocaine. Of course we have seen and heard the jokes before, but you can’t help belly laughing because the delivery is perfect. The rolling around the stage in a cloud of cocaine was extremely funny and a real highlight of the show especially as Pam Ann attributed the delivery of the giant bag of drugs to Nigel (Ex-Policeman) who is sat in the audience. Unfortunately, Pam Ann chose to use plastic dolls to deliver some of her funnier well known Cabin Crew material: Lufthansa; Virgin; British Airways and the like which didn’t work as well as picking on audience members who work for the respective airlines.

If you’ve never seen Pam Ann before or you are a die-hard fan you will adore this show. It’s rude, offensive but incredibly funny. However, if you’re not one of the above you need to know that the show is 2 hours long with a 20-minute interval and 20 minutes of video footage which may leave you slightly short changed. This show could easily have worked better as a shorter one act show in a smaller venue.

The UK tour continues around UK venues throughout June: www.pamann.com