The first surprise of this evenings show was the introduction of Nick Doody (Right) to the stage as Dave Gorman’s support act. I think it is safe to say 99% of the audience were not expecting to see a support act for a show of this stature that began at 8pm.

As Doody began his set to a muted response, I as well as a lot of the audience found myself asking, too soon? A section about airline security and the pitfalls of getting through such places didn’t settle too well with the capacity audience as it mentioned terrorists amongst other things. With the tragic and heart breaking events that took place in Paris last Friday, it was clear this was indeed too soon.

In his defence Doody did mention he had changed his set due to the events in Paris which left me wondering just how close to the knuckle his usual act really was. Doody redeemed himself as his 40 minute set continued analysing just how cheap is cheap and female grooming products. 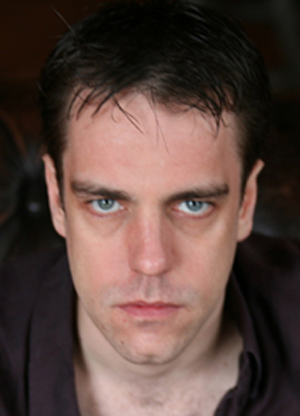 After the interval Dave Gorman (Left) finally took to the stage initially silhouetted on the large PowerPoint screen that dominated the huge stage at the Lowry. Straight away he launched into a detailed analysis of his walk on music, ‘If You’re Happy and You Know It’ with the help of graphs projected onto the screen.

Following a video presentation of Salford blighted by adverts, Gorman sets out his arguments as to why he is better than Google and takes us through some of the 20,000 35mm slides he has amassed during his career. These slides were the tools of his trade prior to the introduction of the internet and his now trademark PowerPoint presentations.

Every subject Gorman touched upon during the evening was backed up with detailed analysis in both vocal and visual form. No better way was this displayed was when he questioned just how new was the craze of ‘Selfies’ and ‘Photo Bombing’? Clever use of images along with his word perfect lecture was well thought out and made you realise things have not changed that much over the years, it is just the arrival of technology that has made these things more prevalent. 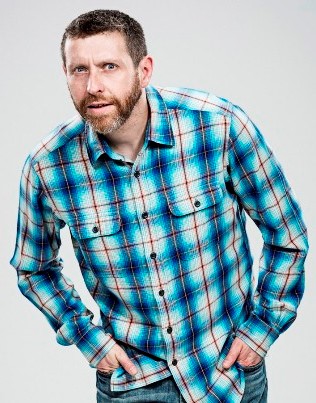 A little tip, if you have your mobile phone with you at a Dave Gorman gig, keep it in your pocket or bag! There is a photo opportunity early on in the show but after that keep your device firmly hidden away. One gentleman tonight didn’t follow this protocol and saw Gorman climb over 5 rows of seats to confiscate the phone mid show. This was such a refreshing thing to see and I applaud our host for taking such a stance.

Gorman displayed his extensive research and the hours he must spend in front of a computer screen through two poems. These poems were made up from the comments people leave under online newspaper articles. Both poems came from the enlightening comments left on the Daily Mail website. The first poem centred around Mrs Gorman’s fantasy partner and its construction and delivery were nothing short of brilliant.

The second and final poem of the show was about the Pope. For this Gorman was joined on stage by Doody who played a live piano accompaniment to the verse which had the audience in fits of laughter as Gorman stood within a single shaft of light and delivered the poem as if it were a sermon. I don’t think I will ever read the comments at the foot of a news article in the same way again!

Gorman is a master of his trade and the one hour 45 minute set flew by. In saying this I do feel that including the interval the show finished at nearly 11pm. This was a Sunday evening and with the majority of his audience no doubt in work first thing on Monday morning I question the need for a support act. From some of the comments I overheard on leaving the auditorium this is a view shared by many.