Chris Ramsey: Just Happy to Get Out of the House Tour - The Lowry, Salford

Over the past five years, there has been quite a shake up in stand-up comedy; with juggernaut names fading out and making way for the new generation of comedians coming through, one of these has to be the Geordie comedian; Chris Ramsey. Ramsey’s live shows have gone from strength to strength year on year and have become somewhat of an event in the stand-up calendar.

I caught his latest tour; Just Happy to Get out of the House tour at the Lowry where he continued to affirm himself as one of the biggest comedians of this generation.

Support for the show came from Ramsey’s long-time friend; Carl Hutchinson and although I’ve seen Carl a number of times supporting Ramsey, this was the first time I really saw Hutchinson as a comedian in his own right, his set was witty, relatable and fun, his routine about being a home owner was his best yet. 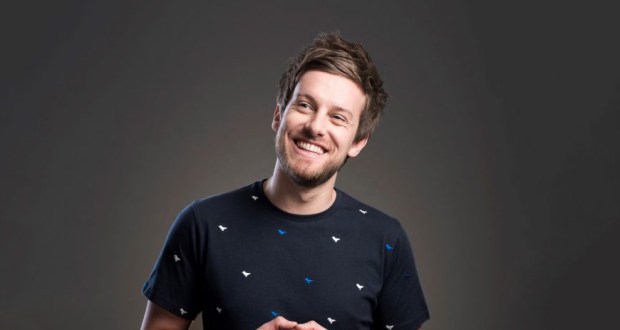 After a brief interval, it was time for the main act and Chris Ramsey took to the stage getting out of a giant inflatable house (a nod to the tour name).

Ramsey immediately engaged with the front row as he got the audience settled, talking to three men on the front row and his presumption that they came together, something as simple as this provided a good few belly laughs as Ramsey put his own unique slant on it, but what really strikes you with Chris Ramsey’s live shows is his confidence on stage and his delivery; it makes the material not just funny but keeps the audience captivated.

His material for this year’s show is like previous tours; not offensive and relatable throughout with hilarious routines about slow cookers and the people that own them and the argument amnesty one has with a partner when friends are at your house.

The main topic of the show was about leaving a letter for his son which included some ‘Chris Ramsey Life Lessons’ which elaborated into skits about taking his son to soft play and having a squirrel in his garden and his lifelong want for one.

The show is full of laugh out loud gags and the entire audience at the Lowry was belly laughing throughout, Chris Ramsey has remained humble throughout his fame and even after successful TV appearances and his own chat show; he still waits in the foyer at the end to meet fans, the venues sizes are only going to increase for this comedian.

Verdict: Chris Ramsey is definitely a forerunner of modern stand up.